UK apparel retailers have witnessed an increasing amount of international interest, with online searches for British fashion and footwear retailers showing double-digit growth during the first quarter of 2014, according to the latest data published by the British Retail Consortium and


The BRC-Google Online Retail Monitor revealed a 13 percent increase in the total amount of overseas shoppers searching for UK apparel retailers, with search volumes for UK apparel on smartphones up 20 percent and 17 percent on tablets according to a year-on-year basis from January to March, 2014. 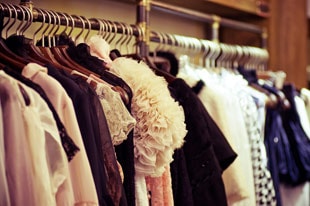 “UK clothing and footwear retailers are already world-beaters. These new BRC-Google numbers show that they are continuing to improve and expand on their online and multichannel offers, increasing their appeal to international markets and boosting the economy with their exports,” commented Helen Dickinson, director general for the BRC.

Other countries including France and Ireland also showed strong rates of growth in tablet searches, with France increasing 48 percent, Russia 44 percent, Germany 39 percent and Ireland 37 percent. China reported saw the biggest increase in searched for UK apparel retailers across all devices, up 50 percent, followed by Russia with a 42 percent increase on a year-on-year basis.

“Apparel is a key driver of export for our UK retailers which is reflected in this report. China and Russia continue to represent a huge opportunity for retailers, with the fastest query growth for UK apparel,” commented Peter Fitzgerald, retail director at Google.

“The importance of having a mobile strategy - both in the UK and abroad - is evident, as smartphones are shown to be the main driver of query growth worldwide. Interestingly we also see different search behaviour on smartphones, highlighting the impulsive nature of smartphone searches as users are able to search for anything, anywhere.”

Although all sectors surveyed by the BRC-Google retail monitor witnessed an increase in the amount of international shoppers searching for UK apparel retailers on all devices, smartphone searches for apparel showed the largest increase, up 43 percent, whilst department store searches grew 77 percent, followed by footwear with 53 percent and luxury apparel up 34 percent.

“A 77 percent increase in searches from international customers seeking out UK department stores on their smartphones for example, demonstrates how taking advantage of new technology to reach an increasingly diverse audience can pay off, ” noted Dickinson.

The most searched categories across all devices according to the report was jewelry, up 43 percent, followed by women's wear, up 36 percent, and footwear and swimwear, up 32 percent respectively. “It’s particularly impressive to see the strength of our department stores and women's clothing shining through in these figures,” she added.