Vivienne Westwood: The Story of a Punk Legend

Grande dame of fashion, co-founder of punk,​ ​outspoken campaigner -- Vivienne Westwood has seen it all. But at 73, she​ ​wants to set the record straight.​ The British designer's authorised biography, published this week, gives her take on life with legendary Sex Pistols manager Malcolm McLaren, who died

in 2010.​ ​"Vivienne Westwood" catalogues their dysfunctional relationship and creative partnership which, in the 1970s, helped shape the look and sound of the punk movement.​
​ 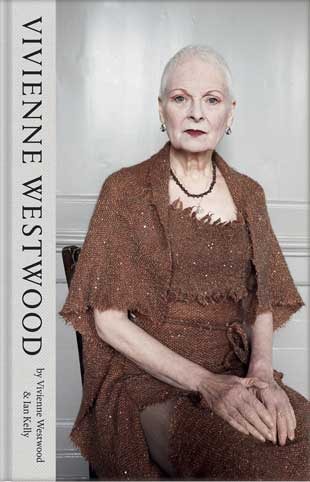 Using her own words and contributions by friends and family, biographer Ian​ ​Kelly charts how Westwood turned from revolutionary into the founder of ​a ​global fashion house.​ ​Her eye for a striking image is a recurring theme but so too is her​ ​childlike enthusiasm, some would say fanaticism, for new ideas and social​ ​action through art.​

​ Westwood continues to work full-time in fashion, aided by her second​ ​husband Andreas Kronthaler, who she met in 1989 when he was 23 and she was 48.​ ​But she increasingly uses her wealth and public platform for her political​ ​and environmental campaigns.​ ​"Ideas make me happy," she said.​

Westwood's legend began with McLaren, who she met in 1965 when she was 25​ ​and he was 20.​ ​In 1971 they opened their shop at 430 King's Road, "Let It Rock", late​r ​"SEX", a scandalous source of fetish wear and strange new looks that attracted everyone from Chrissie Hynde to Iggy Pop, Adam Ant, Jerry Hall and Charles Saatchi.​

​ It was from the shop that McLaren put together the Sex Pistols, the band​ ​which gave voice to Britain's disenchanted youth and which rocked the​ ​establishment with the release of "God Save the Queen" in 1977.​ ​Punk is still known as much for its look -- the ripped t-shirts, printed​ ​slogans and spiky hair -- as its music.​

​ The book argues that Westwood should take most of the credit for this,​ ​designing the clothes and sewing them herself in their flat in Clapham, south​ ​London.​ ​But for years she lived in the shadow of her partner, who once described​ ​her as his "seamstress". McLaren "had this thing where he couldn't leave the flat until he'd done​ ​that, until he had made me cry", Westwood recalled.​

​ She said that sometimes it was "simpler to give in, to give way to the​ ​tears so he would stop. Real tears have never come back for me".​ ​Asked why she stayed in the relationship, which occasionally turned​ ​violent, Westwood said simply: "I liked his ideas, and the journey of​ ​discovery he was on I wanted to join."​

​​Eventually his temper and his jealousy became boring -- as did the​ ​seemingly unchannelled rage behind the "Sex Pistols".​ "​When I turned around, on the barricades, there was no one there. That was​ ​how it felt. That they were just still po-going. So I lost interest," Westwood​ ​recalled.​ 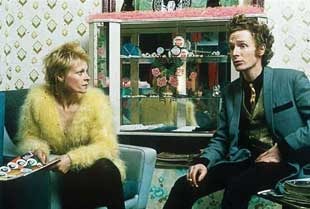 estwood and McLaren had a child together, Joe Corre, but he left Westwood​ ​to raise him and her son by her first marriage, Ben Westwood, effectively as a​ ​single mother​. ​Westwood and McLaren broke up in 1981 and she began designing alone.​ ​ ​

​Brought up among textile workers in Derbyshire, Westwood had always made​ ​clothes but had no formal training -- she dropped out of art school after a​ ​few months and initially worked as a schoolteacher.​ ​She taught herself by taking apart old clothes to copy the patterns, and​ ​now makes sexy, bold garments that are instantly recognisable by her use of​ ​traditional tartans and tweeds and historical designs.​

​ Over the years, she has been credited with styles as varied as the​ ​introduction of the corset into modern clothing, the slogan printed T-shirt,​ ​the platform 'pedestal' shoe, unisex fashion garments and wearing underwear as​ ​outerwear.​

​ Westwood was honoured for her achievements first with an OBE and then by​ ​being made a Dame -- although she proved she had not quite joined the​ ​establishment by turning up to Buckingham Palace both times wearing no​ ​knickers.​

​Now a grandmother, Westwood still uses every fashion opportunity to promote​ ​her campaigns to save the rainforest and free WikiLeaks source Bradley Manning.​ ​"What I'm doing now, it still is punk -- it's still about shouting about​ ​injustice and making people think, even if it's uncomfortable. I'll always be​ ​a punk in that sense," she said.​ (Alice Ritchie, AFP)