Lingerie and swimwear company Wacoal Eveden, a subsidiary of the Japan-based Wacoal Holdings Corp, will be renamed Wacoal Europe Limited from January 2015 as part of a major restructuring of the groups European holdings. The changes aimed at enhancing its “group brand value in

the European region” will see the Eveden lingerie brand name, which Wacoal acquired in 2012, disappear after nearly 100 years as part of the groups push to create a second pillar for development across the Western Hemisphere. 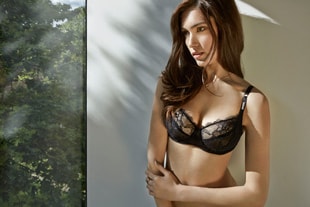 newly-created Wacoal Europe will integrate the management of the existing businesses of Wacoal UK and Wacoal France to sit alongside Wacoal America. The new company will be led Wacoal Eveden’s current CEO Tracy Lewis and the group has stated that no job losses or changes to personnel will occur as part of the plan.

The restructure is aimed at introducing greater alignment across its international territories and has been geared to allowing the group to increase efficiency of selling all of its sub-brands, which includes B.Tempt’d and Freya, in every territory it operates, which currently consists of local subsidiaries in 22 countries and regions.

It is also hoped that the changes will see Wacoal brands pick up new stockists, through an increased customer communication through “mutual positioning” of all brands at department stores and boutiques.

Wacoal explained that another benefit of new structure included the integration of design divisions in the UK, which would allow for a “global expansion of European style”, while also looking to expand its collections into the American market. The first of such collections is a new premium lingerie line to extend the Wacoal range designed in Europe with a “European flair” for the North American market aimed offering the consumer a wider choice.

“The founder of the whole business, Koichi Tsukamotos, saw France and Europe as the home of lingerie and therefore had a long-term passion for starting a business here,” Wacoal Europe CEO Tracy Lewis told Lingerie Insight. “Obviously the business has tried to do that and has done that moderately successfully here, but I think what we have been able to do is bring a bigger infrastructure to the business and also work closely with our colleagues as Wacoal America.”

Wacoal Europe is effective from January 2015.