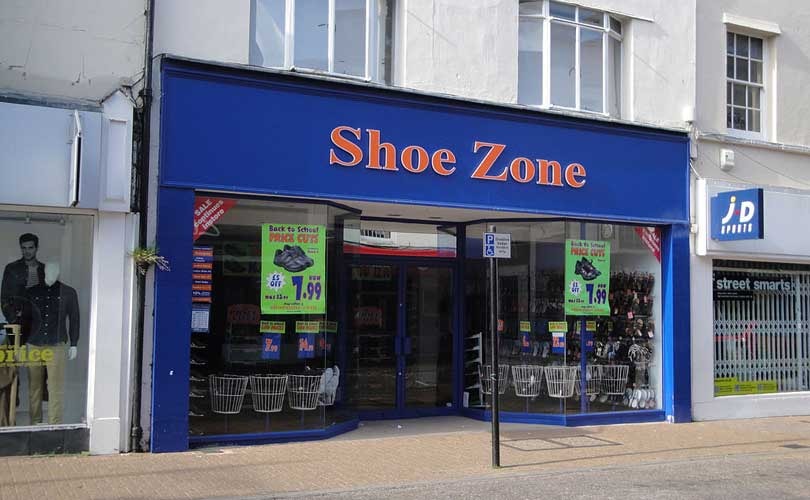 Over one thousand jobs are now at risk as Brantano Retail Limited has entered into administration for the second time.

Tony Barrell and Mike Jervis from PricewaterhouseCooper were officially appointed as joint administrators of Brantano Wednesday, following reports that Brantano was up for sale. At the point of entering administration Brantano was operating 3 stores and 64 concessions across the UK, employing a total of 1,086 members of staff. It's head office, in Hinckley, Leicestershire employed 71 members.

At the moment all roles are at risk, as PwC foresees redundancies in spite of their best efforts to find a new owner for Brantano. The value shoe retailer is set to continue to trade as normal, while the administrators devise a strategy. The move marks the second time that Brantano enters administration in a little over a year as Brantano's private equity owner, Alteri Investors, previously placed the footwear chain into administration in 2016 before buying it back.

Brantano has struggled to keep afloat over the last few years due to a lack of interest from local clientele, who have turned to fast-fashion retailers for their value footwear needs. Coupled with an increase in costs following drop in the value of the pound following the Brexit vote Alteri decided to seek out a new owner for the footwear chain and its sister chain Jones Bootmaker.

Alteri, who acquired Brantano together with Jones Bootmaker for approximately 12 million pounds in February 2015, explored options for a sale which is said to have generated much interest, but was ultimately was "not possible to achieve", according to PwC, which has led to Brantano being placed into administration. Jones Bootmaker also remains at risk of being placed into administration, with potential buyers for the footwear chain including Endless, Pavers and Kurt Geiger.

"Despite significant improvements in the business and reductions in the cost base, trading has continued to suffer in a depressed and competitive footwear market," commented Tony Barrell, lead administrator at PwC. "Like many other retailers, Brantano has also been hit hard by the sharp decline in sterling, the ongoing shift in consumer shopping habits and the evolution of the UK retail environment."

"The administrators are continuing to trade the business as normal whilst assessing the trading strategy and any interest in parts of the business over the coming days and weeks. However, regrettably, it is inevitable that there will be redundancies. Staff will be paid their arrears of wages and salaries, and will continue to be paid for their work while the business is in administration."

Leicester-based Shoe Zone was was previously pegged as a potential buyer for Brantano, together with Edinburgh Woollen Mill, but the rival footwear chain denied to comment on the speculation. A source revealed to the Mercury that Shoe Zone "had no plans" to make a bid for Brantano, and was turning its focus to growing organically.