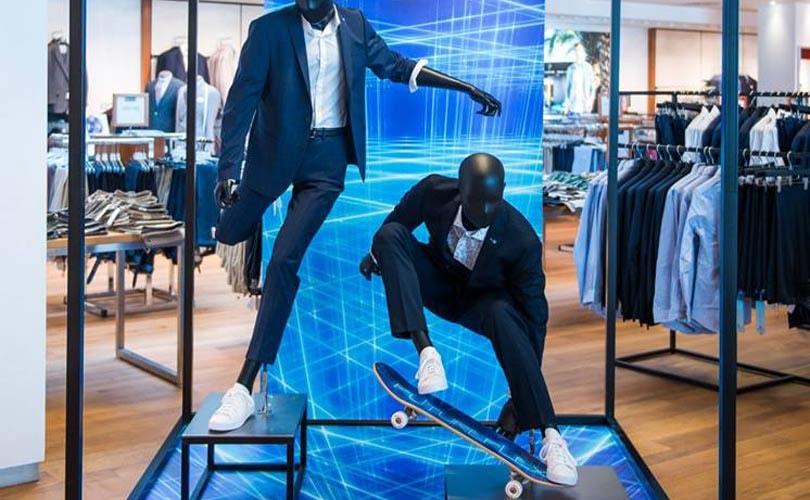 Revenues in the first three months of fiscal 2018/19, Ahelrs Ag said exceeded the expected decline at medium single-digit percentage rate. The company added that though sales of suits and jackets continued to stabilise as in the fourth quarter of the previous year, they were down by 1.6 million euros on the previous year´s period, while jeans sales of Baldessarini, Pierre Cardin and Pioneer improved 3.4 percent. Overall, the group revenues declined 2.8 percent to 59 million euros (66.4 million dollars).

Commenting on the first quarter trading, Stella A. Ahlers, CEO of Ahlers said in a statement: “All measures of the earnings and efficiency enhancing programme launched in September 2018 have been initiated. Most of them have been contractually agreed and will largely take effect in the course of the year. This means that the programme has largely been completed and has begun to take effect already in the first quarter resulting in reduced complexity and lower expenses.”

The revenues generated by the company’s own retail segment increased by 9.7 percent in the reporting period, mainly because of the takeover of Russian stores by Ahlers RUS, while like-for-like revenues declined by 1.6 percent. E-commerce revenues rose by 17.4 percent in Q1 2018/19.

The company’s management board expects a medium single-digit percentage reduction in group sales revenues for fiscal 2018/19. Consolidated earnings after taxes are expected to grow at a high double-digit percentage rate but still be negative in 2018/19.