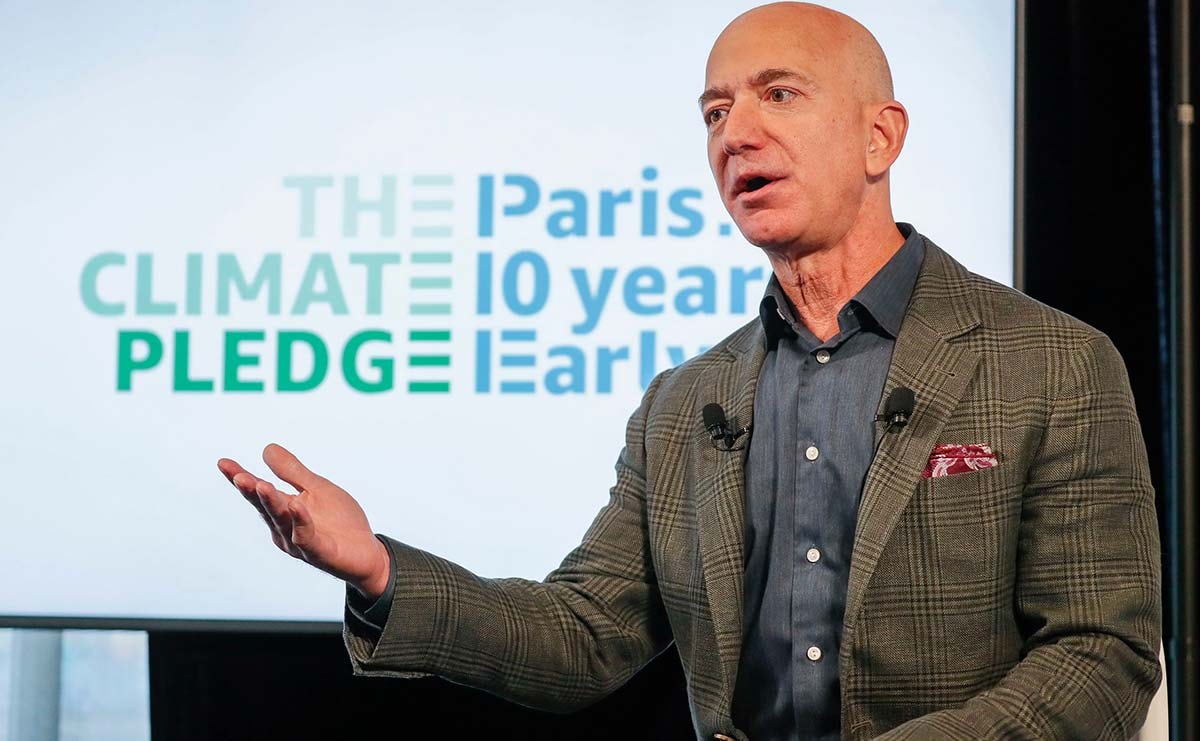 Under a new Climate Pledge announced Thursday, the US giant aims to become net zero carbon across its businesses by 2040, ten years ahead of the Paris Accord’s goal of 2050, and is calling on other companies to do the same.

Additionally, the company has launched a new sustainability website to report on its initiatives and progress - it includes information on its carbon footprint and other sustainability metrics.

“We’re done being in the middle of the herd on this issue - we’ve decided to use our size and scale to make a difference. If a company with as much physical infrastructure as Amazon - which delivers more than 10 billion items a year - can meet the Paris Agreement 10 years early, then any company can,” Bezos said in a statement.

“I’ve been talking with other CEOs of global companies, and I’m finding a lot of interest in joining the pledge. Large companies signing The Climate Pledge will send an important signal to the market that it’s time to invest in the products and services the signatories will need to meet their commitments.”

Christiana Figueres, the UN’s former climate change chief and founding partner of Global Optimism, commented: “Bold steps by big companies will make a huge difference in the development of new technologies and industries to support a low carbon economy.

“With this step, Amazon also helps many other companies to accelerate their own decarbonization. If Amazon can set ambitious goals like this and make significant changes at their scale, we think many more companies should be able to do the same and will accept the challenge. We are excited to have others join.”