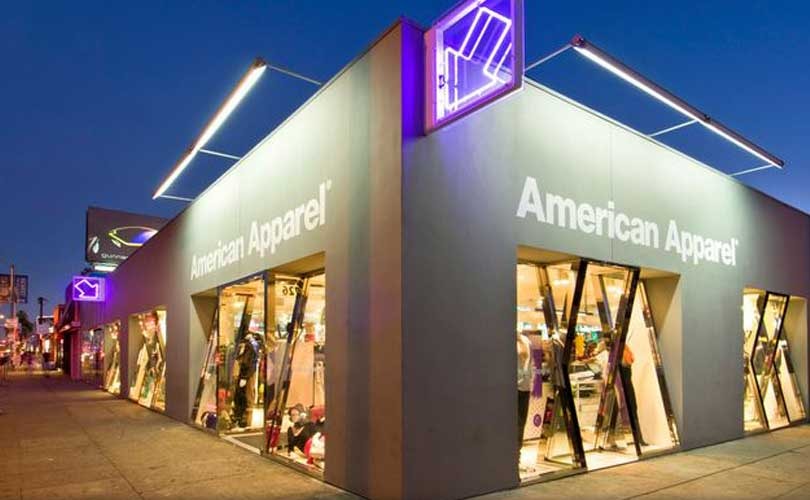 Los Angeles based clothing retailer American Apparel confirmed yesterday that it was approached regarding a possible takeover, which could see the struggling company change hands for as much as 245 million US dollars.

The company said it received "an indication of interest to acquire the company for 1.30 to 1.40 US dollars per share" but did not disclose the bidder. The offer would value American Apparel between 227 million to 245 million US dollars. The Wall Street Journal reported last week that private equity firm Irving Place Capital was interested in making a bid at precisely this range per share. “The Board takes these matters seriously, and it will evaluate this proposal in the ordinary course of business,” said American Apparel in a statement.

Only a week ago, the US apparel maker had announced that it fired controversial CEO Dov Charney, who was removed from the CEO role in June following allegations of misusing corporate money and violating sexual harassment policies but had been serving as a consultant to the company. This relationship has now been terminated.

Effective January 5, 2015, fashion veteran Paula Schneider who has held senior positions at BCBG Maxx Azria and other firms, will take over as American Apparel's new CEO. Announcing further changes in its top ranks, the company confirmed yesterday that co-chairman Allan Mayer and David Danziger had stepped down and would be replaced by board member Colleen Brown who has served on American Apparel’s board since August.

Following the news of the takeover bid, American Apparel's shares rose by 8.4 percent to 1.16 US dollars in early trading on Monday after trading consistently under 1 US dollar since the beginning of September.