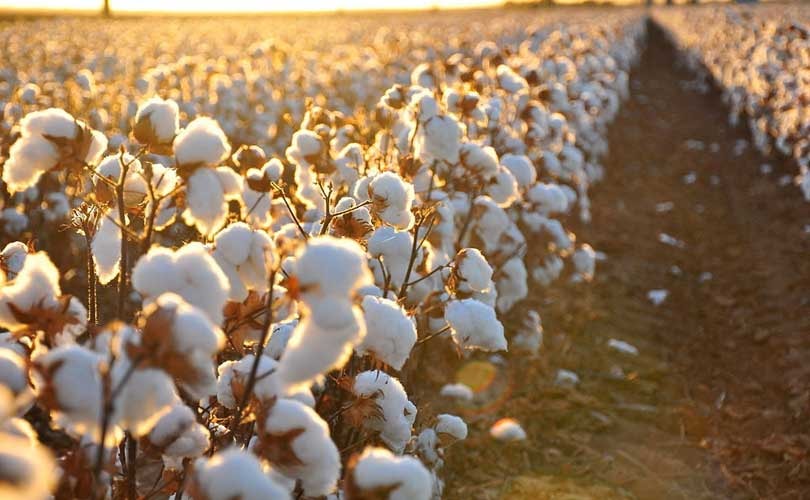 Are cotton prices to tumble after three years’ worth of growth?

During the first six months of the year, cotton prices have nothing but soar reaching a 3-year high in late May, when the cotton pound was priced at over 0.88 dollars, according to data compiled by FashionUnited in the Cotton Price Index.

Despite the positive trend, the International Cotton Advisory Committee (ICAC) has been warning in recent months that cotton prices will tumble next season to the lowest in nine years, flagging the prospect of stocks of the fibre outside China hitting "one of the highest volumes on record".

The downgrade came as the ICAC hiked its forecast for world cotton inventories at the close of next season by 470,000 tons (2.16 million bales) to 17.15 million tons (78.8 million bales). In doing so, the international institution reduced to 150,000 tons the expected decline in stocks, point out FashionUnited Business Intelligence analysis.

Looking closing to data available, it’s worth calling out how while India and China production has remained stable after suffering a deep down in 2014 and 2015 respectively, both are starting to show signs of stabilisation. In the same period of time, the U.S. substantially grew its production, with Pakistan showing the most sustained growth over the past four years. Since 2014, the world’s production of cotton has stalled, decreasing from 26.2 million metric tons to this year’s 22.5 million metric tons registered in June, 2017 and 25.1 million metric tons as of July, 2017. More stable, favourable weather has much to do with this positive u-turn, highlight market experts.

As explained in Cotton Inc’s March Lifestyle Newsletter, normally, successive declines of several million bales would be associated with strong upward movement in prices. After five years of supply surpassing demand, production has recently fallen below consumption. Testament to that is how at the end of the 2014/15 season, the world stock-to-use ratio stood at 0.89 (this is a key indicator showing available stocks were sufficient to cover almost eleven months of mill use.) All points to a long-lasting surplus of cotton worldwide which is made to push prices down.

On the upside, data analysed by FashionUnited Business Intelligence reveal that the harmful effects of the price spike in 2010/11, which led to many defaults on contracts and increased the attractiveness of competing fibres, appear to have been overcome. In other words, cotton prices are closer to their long-term equilibrium.

On a related note, cotton has yet to reap the full benefits of lower prices, in part because the value of cheaper polyester, cotton’s main competitor.

However, the market has yet to return to normal conditions after the massive accumulation of stocks in China between 2011/12 and 2014/15.

Even with large reductions in 2015/16 and 2016/17, world stocks at the end of the current crop year are still expected to be about 50 percent higher than they were in the mid-2000s, a time period when volumes were setting records at levels a little over 60 million bales. Another meaningful decline in global stocks in 2017/18 will represent another important step on the transition back to market conditions where global ending stocks figures will once again have direct implications for prices, but this transition can be expected to take several more years, added the specialised trade institution.