The Austin Reed Group, parent company of Austin Reed, CC and Viyella is set to shut down 31 stores and receive a 3 million pound cash injection from its shareholders through a Company Voluntary arrangement (CVA).

The group stated that 22 CC, previously known as Country Casuals stores, and 9 Austin Reed stores were 'no longer viable' after a strategic review and aims to sign a deal with landlords, in which rents would be reduced by 50 percent on an additional 31 stores ahead of a probable closure in the next six months.

The agreement would also see the 35 underperforming stores subjected to a 20 percent rent cut for the next 12 months. The remaining 166 stores, which includes the group's Austin Reed flagship store on Regent Street in London, continuing to trade as normal, unaffected by the CVA. 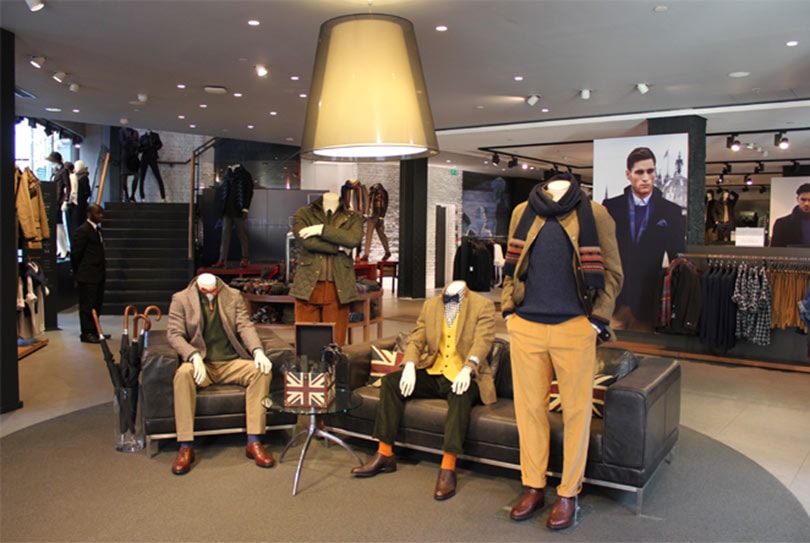 The group previously announced the appointment of Deloitte last December to review the business and help secure its long-term future plan, against "a backdrop of a rapidly changing retail environment and the uncertain economic climate."

Nick Hollingworth, chief executive of the Austin Reed Group said: "The decision to close some stores was not taken lightly, but we cannot continue to operate with those within our portfolio that are loss-making." Neville Kahn and Rob Harding from Deloitte will oversee the CVA, which comes after the group reported pre-tax losses of 1.29 million pounds in the year to January, 2014.

The proposals to landlords are a necessary step to provide a sustainable platform for the business," said Kahn to the Guardia. "As with a number of retailers in the current market, the group has a traditional bricks-and-mortar portfolio in an increasingly multi-channel environment...We consider the proposed CVAs to be fair and in the best interests of all stakeholders, providing certainty for landlords, and an ongoing future for the business."