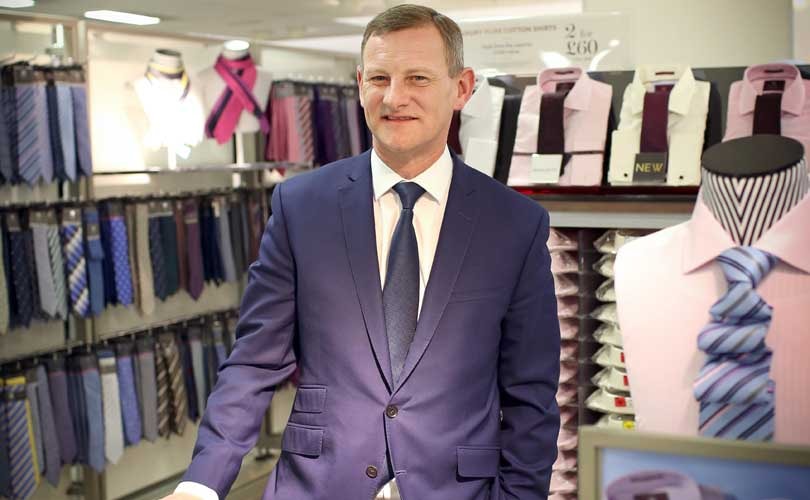 Barclays has downgraded Marks and Spencer’s stock to “underweight” from “equalweight” and slashed the price target, as the bank predicts that things are “likely to get worse before they get better” for the UK retailer.

With Marks and Spencer sitting at the bottom of the FTSE 100, Barclays cut its price target to 290 pence per share, from 410 pence, regarding worries about falling like-for-like sales and earnings, and rising costs.

“The new management team’s strategy of focusing on customers and product may be the start of a turnaround story, but things can get worse before they get better. We expect a painful transition and material earnings per share downgrades,” said Barclays. “We view the price cuts in clothing lines as an essential but mostly corrective action that could keep general merchandise like for likes deep in negative territory in 2017 and 2018. We expect the strong appreciation of the US dollar and higher cotton prices to have a 130 basis points negative impact in 2018 gross margin, adding to the pressure, while investment in service does not leave much room for cost cutting.”

The bank did state that it expects Marks and Spencer’s strategy to simplify its clothing sub-brands and rationalise its store estate will have a positive effect in the long term, but added that it is “unlikely to have a positive impact on earnings over the next two years”.

Barclays added: “We find the current low visibility on earnings per share unappealing and, without signs of stabilisation in consumer confidence, we see any re-rating as unlikely.”

The banks also said that it expected general merchandise like-for-likes to drop 5 percent year-on-year in 2017 and a further 2 percent in 2018. This is two to three percentage points below its previous estimates.

Like-for-like clothing sales at Marks and Spencer fell by 8.9 percent year-on-year in the quarter ending July 2.

For its Q1 trading statement, Marks and Spencer chief executive Steve Rowe said: “A key part of our recovery plan for clothing and home is lowering prices and reducing promotions. As a result, we ran fewer price promotions while continuing to lower prices to deliver real value to our customers and moved the summer sale to July.

“We knew our actions would reduce total sales but we are seeing some encouraging early signs.”

Image: courtesy of Marks and Spencer