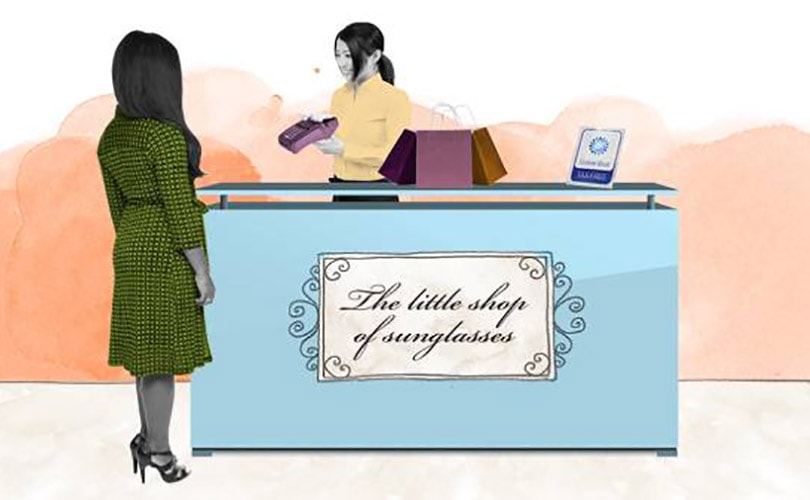 London - Chinese global shoppers are to remain a lucrative market for international retailers, despite the recent turbulence witnessed, reports tax free shopping provider Global Blue. March 2016 saw Chinese tax free shopping spend drop 24 percent year-on-year, after a period of slow growth in the first two months of the year. This decline, which draws a stark contrast to the overall increase of 58 percent for 2015, comes against the backdrop of a number of factors according to the report: Globe Shopper Report: China Edition.

However, despite the negative growth reported last month, Chinese shoppers remain the biggest tax free shopping group, accounting for a third of global sales as shopping remains a huge part of the holiday experience for them.

The Schengen biometric visa demands are highlighted as one of the aspects of the decline as the ease of obtaining a visa was said to be an "important consideration" for 22 percent of the 5,000 regular Chinese travellers questioned when selecting their holiday destination. Another cause is the recent number of European terrorist attacks, with 56 percent of respondents citing a "safe and secure destination" as an important factor. In addition, March 2015 saw an incredible growth of 122 percent year on year in part due to the Chinese New Year holiday, which took place earlier this year.

Chinese shoppers account for a third of global sales

Yet, in spite of the challenges listed above, 41 percent of the regular Chinese travellers who are planning a holiday in 2016 intend to visit Europe. France has been highlighted as the most popular European destinations (16 percent) to visit, followed by Germany (8 percent), the UK (6 percent) and Italy (6 percent). 81 percent of the regular Chinese travellers questioned, who plan to travel internationally in 2016, will shop. The average shopping budget is approximately 3,554 euros (25,902 yuan) per holiday to Europe and 2,517 euros (18,398 yuan) per trip to Asia.

The report indicated that the impact of the fluctuation of the yuan on tax free shopping sales is most likely to be minimal during the first quarter of 2016, as the yuan weakened by a mere 3 percent against the euro during this period. But research suggests that almost half of the Chinese respondents questioned (46 percent) would reconsider their holiday destination or cut down their shopping budget (47 percent) because of a weaker yuan.

Research indicates that the months of May and October are set to be the busiest months for travel, as they coincide with major Chinese holidays: Labour Day (May 1-4) and Golden Week (October 1-7). May 2016 predicted to be the most popular month for travelling to Europe, Japan and South Korea. October 2016 is likely to be popular for visiting other Asia-Pacific destinations, such as Singapore and Australia. However, most Chinese travellers aim on remaining with the region as 73 percent of respondents are planning to travel within Asia for holiday in 2016.

35 percent of Chinese travellers who shop abroad want a good selection of shopping centers or retail parks to visit, whilst 33 percent look for a destination with well-known international brand stores. 31 percent cited a good shopping destination as having the ability to purchase items at a better price than in China. 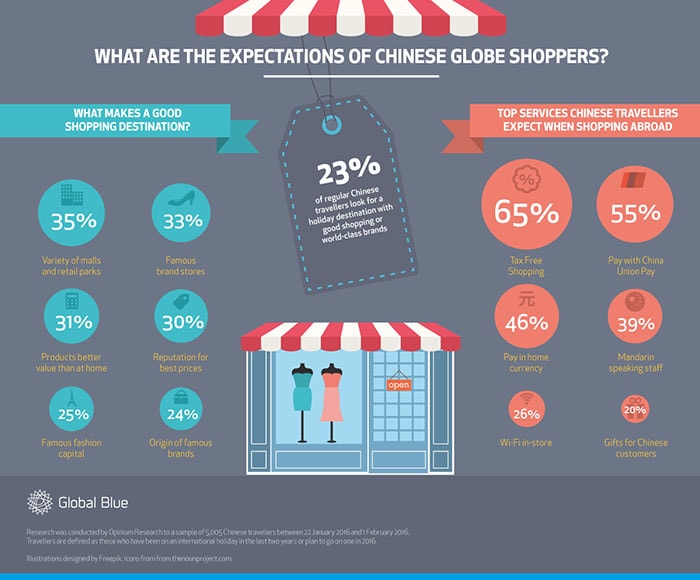