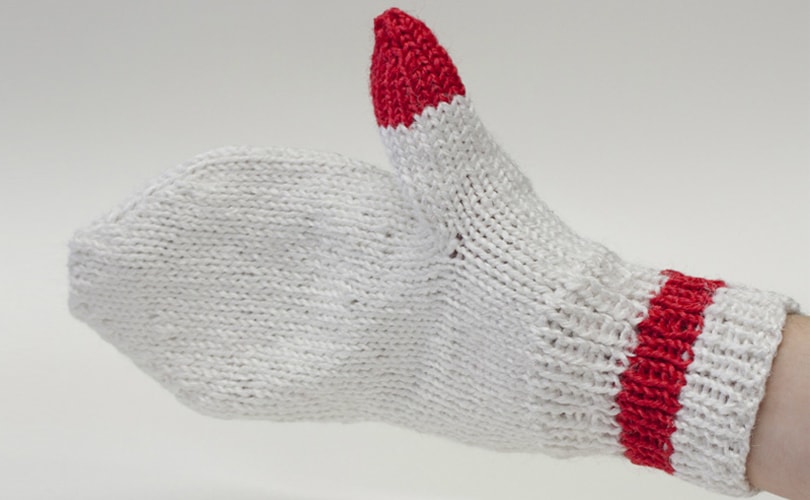 Clothes made from gelatin could reduce agricultural waste

The list of innovative materials that can be turned into fibres, yarns and thus clothing has just been extended by one: gelatin. Associated first by many with colourful gummi bears, gelatin can indeed be turned into yarn and thus clothes. If used on a large scale, it could reduce the amount of agricultural waste, finds a study by the American Chemical Society, recently published in the journal Biomacromolecules.

The glove shown above has indeed been made out of gelatin yarn. Wendelin Stark and his team at ETH Zurich, which funded the research, decided to try spinning yarn out of gelatin. It is derived from collagen, which is obtained from various animal by-products.

The researchers spun filaments of gelatin and then twisted them into porous, multifilament yarn. Water resistance was achieved by treating the yarn with gaseous formaldehyde and lanolin (wool grease). According to an ACS press release, "the resulting yarn was about as strong as a strand of merino wool ... [and] just as warm when knitted into a glove."

The idea of producing yarn and thus clothing out of alternative materials is not new; many unlikely materials like milk (casein), corn (zein) and others have been found over the last century. However, none has been so successful as to replace petroleum and the synthetic fibres that can be made from it. As consumers are searching for greener products though, the idea of making fabrics from animal and plant proteins has undergone a revival.

Gelatin could be this candidate as it is fairly easy and cheap to produce, especially when using waste materials. According to a report by Transparency Market Research, the global gelatin market was worth 1.77 billion US dollars in 2011 and is expected to grow annually by 6.75 percent to 2.79 billion US dollars in 2018. Europe - with key markets being Germany, France, Belgium and the UK - still dominates the global gelatin market in terms of volume and accounted for more than 41 percent of the overall market in 2011. But demand and volume is growing even in North America and Asia Pacific.