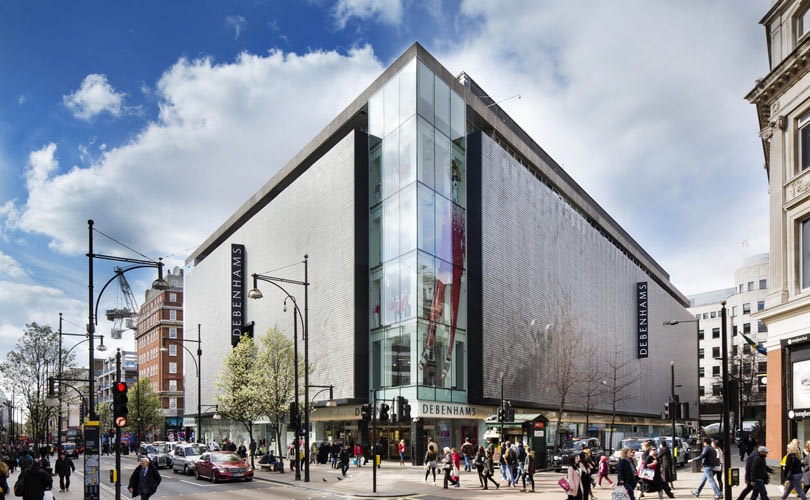 The retailer’s 165 department stores will initially continue to trade, stated Chad Griffin, Simon Kirkhope and Andrew Johnson of FTI Consulting, who have been appointed as joint administrators of Debenhams PLC, however the move to enter into a pre-pack administration means that equity for shareholders including Mike Ashley will be wiped out.

Immediately following the appointment of the administrators, FTI Consulting sold the Company’s shares in Debenhams Group Holdings Limited to Celine UK Newco I Limited, an entity owned by certain of the Company's secured lenders.

In a statement, administrators FTI Consulting said: "The Group has been sold for a price which in our opinion is the best price reasonably obtainable at the time of sale.”

Under the transaction the company will be "immediately marketed for onward sale” with the administrators adding that they are looking for bidders to buy the Group for a “price that would repay the financial debt and secured pension liabilities in full and thus potentially yield a return for the benefit of shareholders.”

The move Debenhams PLC said was to deliver “continuity” for all Group operations and to “minimises business disruption, ensures continuity for the businesses and their suppliers and protects the Group's employees”.

It also means that under its new ownership, Debenhams will be allowed “additional funding” of up to 99 million pounds, in line with the 200 million pounds cash injection announced on March 29.

Lenders take control of Debenhams in a pre-pack administration

Debenhams added that a “critical component” of its restructuring plan will be to reduce its debts and to restructure its operations, including reducing its rent burden, which could lead to a company voluntary arrangement (CVA) to be implemented to close stores and reduce rents.

The retailer said: “The group has undertaken a thorough review of its store estate in the context of the current and future retail environment and plans to proceed with a restructuring of the estate that, if approved, will result in a significant overall reduction in the group’s rent burden and underpin a sustainable future for the group. This is a critical component of the group’s restructuring plan and executing this is in part linked to the provision of the 200 million pound facilities and lenders implementing a 100 million pound debt-for-equity swap.”

Terry Duddy, Debenhams’ chairman, said in a statement: “It is disappointing to reach a conclusion that will result in no value for our equity holders. However, this transaction will allow Debenhams to continue trading as normal; access the funding we need; and proceed with executing our turnaround plans, whilst deleveraging the group’s balance sheet. We remain focused on protecting as many stores and jobs as possible, consistent with establishing a sustainable store portfolio in line with our previous guidance.

“In the meantime, our customers, colleagues, pension holders, suppliers and landlords can be reassured that Debenhams will now be able to move forward on a stable footing. I would like to thank them all for their recent and continuing support.”

On March 29, Debenhams agreed a 200 million pound refinancing lifeline with its lender. The embattled retailer received the first facility of 101 million pounds, while the remaining 99 million pounds was conditional on a major shareholder making a firm offer for the retailer, or refinances Debenhams debt.

“Members can therefore be reassured that the schemes are carrying on as usual. The trustees have worked with our specialist advisers throughout the process of the company’s refinancing and restructuring, to ensure that members’ interests are taken into account, and we have consulted closely with The Pensions Regulator and the Pension Protection Fund at every stage. We are in the process of writing to all members with further information, and we will continue to keep them informed.”