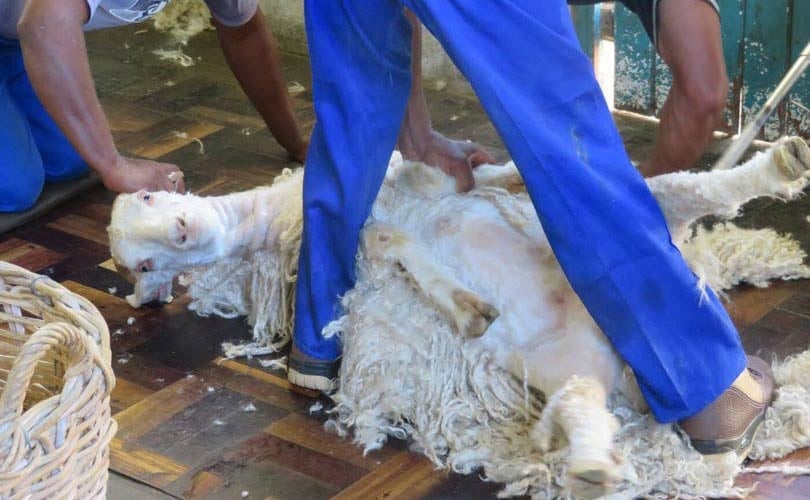 The luxury fashion designer, Diane von Furstenberg, is the latest name in fashion to ban mohair from future collections, according to a statement by animal rights organization PETA. More than 240 apparel companies -- including H&M, Gap, Inditex and Asos -- have pledged to stop using the material since May, when PETA published video footage depicting extreme cases of animal cruelty at goat farms in South Africa, where more than 50 percent of the world’s mohair comes from.

In June, Mohair South Africa (MSA), the organization that represents the South African mohair industry, denied PETA’s claim that animal cruelty is widespread, saying only two farms were depicted in the video. According to MSA, both of those farms worked with the same independent shearing contractor, who was asked to report on whether it has taken any disciplinary measures against the workers seen in PETA’s footage. PETA responded by stressing that its investigation was conducted in 12 goat farms. The organization added that cruelty is not restricted to the moment of shearing and that the contractor in question works with four of the 12 farms implicated in the expose.

Diane von Furstenberg’s pieces are sold in more than 100 stores in 70 countries.