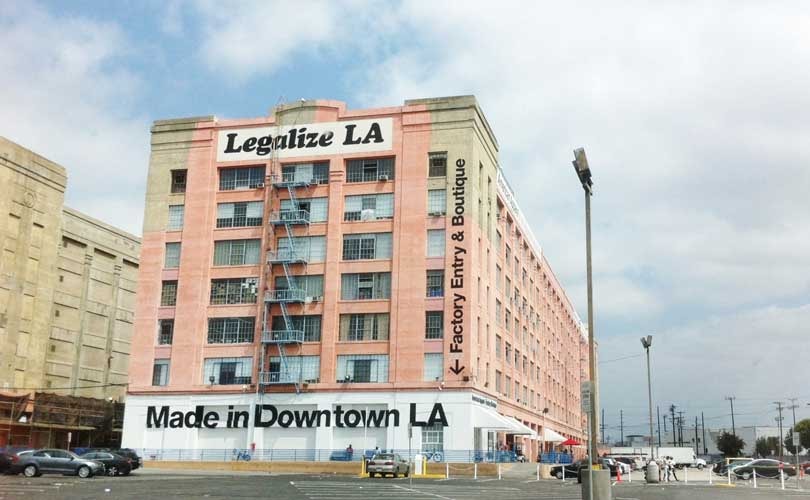 Poor American Apparel, if it isn't one thing it's the next. Workers at 747 Warehouse Street are probably very close to formally organizing a union to do something about American Apparel's abysmal business practices. What on Earth would have given anyone that inclination, you may ask?

For starters, the workers have filed four, yes, actually four grievances with the National Labor Relations board. The complaints were filed by Savino Rubio, Savino Refugio, Marina Cueller, and Richard Krehl, all of which cite various violations of work standards set by the National Labor Relations Act. The overarching theme in all of these grievances seems to be that American Apparel continued to obstruct their ability to talk with union organizers.

American Apparel has written off the claims and said that they were "without merit." They also stressed the fact that they, "are dedicated to a culture of free speech and society." Despite American Apparel's alleged efforts to obstruct their employees efforts to join a union the employees are clearly still very determined.

While American Apparel workers should be highly commended for their efforts it might be too little too late. After the recent round of layoffs, most of which were in the manufacturing sector, many of those workers are lucky to still have jobs. Things still aren't looking good for the company, and there is only so much factory workers can do about it.