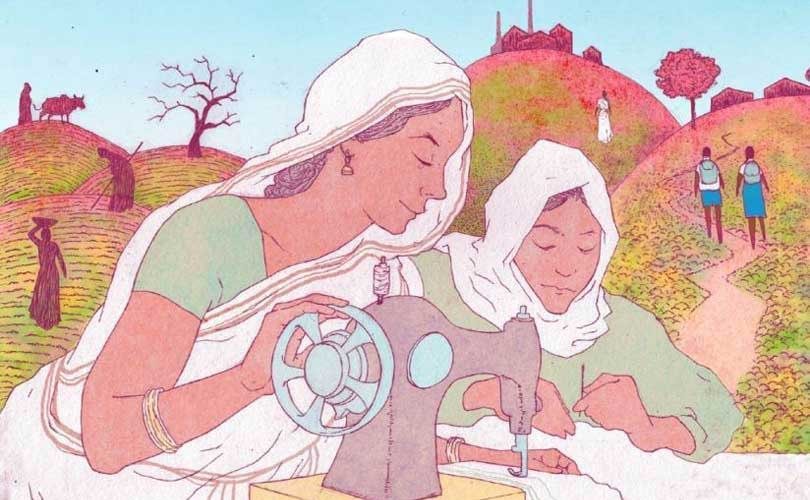 But experts say the people who produce the T-shirts, dresses and rompers that sell like hotcakes online and on high streets around the world still often face dangerous working conditions and dismally low pay.

The collapse of the Rana Plaza building housing several garment factories in the Dhaka suburb of Savar on April 24, 2013 sparked global outrage and forced a rethink of how fast fashion collections should be produced. It also triggered a huge drive among activists to encourage shoppers to buy from small, local stores, rather than from large multinationals - while calling the fashion giants to account.

The tragedy, one of the worst industrial accidents in modern history, exposed a key problem of globalisation. While workers in Bangladesh earned a pittance for their labour, companies kept prices low and their profits high. "This global model based on keeping production costs low, pitting workers around the world in competition against each other, and the short-term search for profit" endures, according to Ethique Pour l'Etiquette, a French group that is part of the global Clean Clothes Campaign.

After years of outrage over images of so-called sweatshops around the world, the Rana Plaza disaster focused global attention on grim working conditions in factories in Bangladesh, the second-biggest garments exporter after China.

But even today, garments workers' rights remain far from guaranteed, with many working 14 to 16 hour days at some of Bangladesh's 4,500 factories, the organisation says.

As Western consumers grow more socially and environmentally conscious, the fashion houses that have long relied on factories like those in the Rana Plaza have battled to redeem themselves.

Primark, for one, says it "continues to support those who were affected and has contributed a total of over $14 million in aid and compensation".

It also says it launched a programme of building inspections "to assess its suppliers' factories against international standards" six weeks after the building collapse, and that it "remains committed" to improving the Bangladeshi garment industry as a whole.

On April 19, H&M said in a statement that 450,000 textile workers at 227 factories in Bangladesh that produce garments for its stores worldwide "are now represented by democratically elected representatives".

The role of these representatives is to "speak on behalf of the workers when discussions are held about for example working hours, working conditions, health and security issues", the statement said.

More broadly, the International Labour Organization launched a programme following the disaster, to "enhance safety in factories so that the country should never again experience a tragedy like the Rana Plaza collapse".

The ILO programme includes training for local producers in chemical safety, inspection of over 1,500 factories for building and fire safety, labour inspection, and an improved culture of safety in the workplace.

Celine Choain, a garment industry specialist at the Paris-based Kea Partners consultancy, said that while there has definitely been progress, much remains to be done.

"The incident definitely acted as a catalyst for brands" to put in place changes in the way they produce their garments, Choain told AFP.She noted that two thirds of the 1,700 Bangladeshi factories inspected following an ILO-sponsored safety agreement successfully corrected 75 percent of the breaches that were identified.

However, wages remain dismally low, according to War on Want, which last week described working conditions for the vast majority of Bangladesh's garment factory workers as "appalling".

Image: Stitches to Riches via worldbank.org