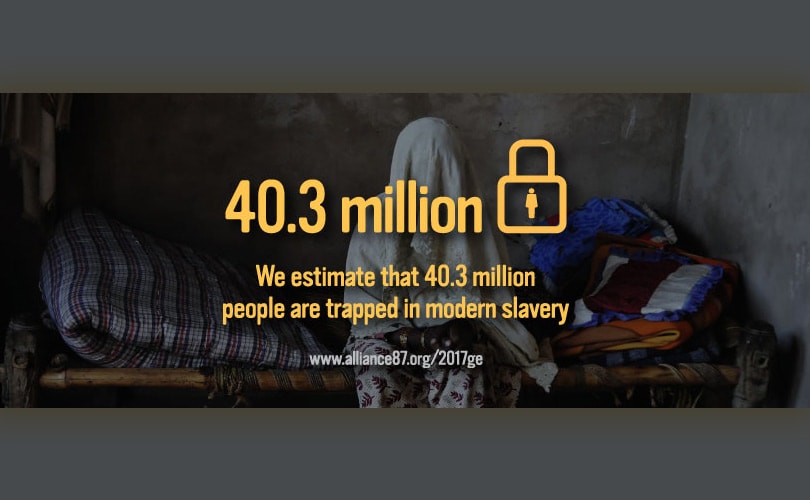 Fashion is one of the key industries contributing to modern slavery

Approximately 40 million people around the world are living in modern slavery, 71 percent of them female -- and the fashion industry is the second biggest contributor to this situation, according to the 2018 Global Slavery Index, published by nonprofit organization Walk Free Foundation. The study was based on data from 167 countries and face-to-face interviews with more than 71,000 people in 52 languages.

The report identified the top five products at risk of modern slavery in each of the G20 countries. Garments came in second place, after technology (laptops, computers and mobile phones). They are followed by fish, cocoa and sugarcane.

According to the report, modern slavery is more likely to happen in repressive regimes or conflict areas. North Korea has the highest estimated prevalence of slavery, with most victims being forced to work for the state. The country is followed by Eritrea, Burundi, Central African Republic, Afghanistan, Mauritania, South Sudan, Pakistan, Cambodia, and Iran.

Although citizens from developed countries are in lower risk of falling victim to forced labor, the products and proceeds from modern slavery often cross borders in a globalized world. Together, G20 countries import 127.7 billion US dollars (97.25 billion pounds) worth of apparel yearly. Cambodia, which comes 9th in the list of countries with highest estimated prevalence of modern slavery, was the fourth largest supplier of clothing to the European Union between 2015 and 2017, according to market research company Statista.

“By declaring modern slavery as a problem that happens ‘over there’, high-GDP countries are ignoring their culpability for this human rights crisis”, said the Walk Free Foundation in the report, noting that only seven of the twenty wealthiest countries have formally enacted laws or policies to stop businesses from sourcing goods and services produced by forced labor.

What can governments and the fashion industry do to respond to modern slavery?

So, what to do to tackle this problem? The Walk Free Foundation listed a series of recommendations to governments and businesses, emphasizing the importance of considering the issue from a global perspective. High-GDP governments should prioritize human rights in decision making, when engaging with repressive regimes. They were also recommended to examine how their policy decisions can contribute to modern slavery both at home and abroad. As for businesses, the organization urges them to address the risk of modern slavery in their supply chains, as well as providing transparency to consumers and investors.