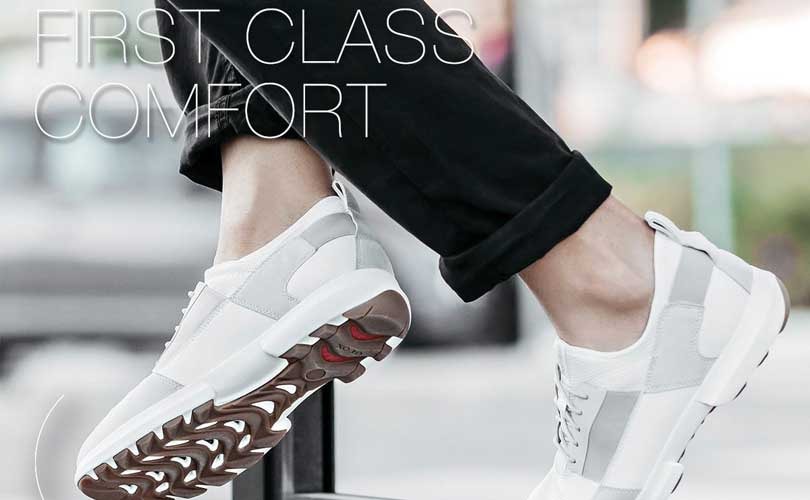 Commenting on the annual results, Mario Moretti Polegato, Chairman and Founder of Geox, said in a media statement: “2017 performance reflects the first concrete results of our new strategy focused on boosting profitability and achieving a healthy and profitable business. Geox has closed 2017 with a substantially stable turnover compared with the previous year, thanks to the growth of the wholesale channel and improved like-for-like sales in directly operated stores, which recorded a growth of 2 percent in the second half of the year. Operating profit more than doubled, with debt close to zero.”

Wholesale revenues, representing 45 percent of group revenues, amounted to 401 million euros (493.6 million dollars), up 1.4 percent at current forex and 1.6 percent at constant forex. This trend, the company said, is due to a substantially stable performance in Italy and in the rest of Europe, double-digit growth recorded in Russia, Eastern Europe, China and by the online channel.

Sales of the DOS channel, which represent 41 percent of group revenues, declined to 362.1 million euros (445.7 million dollars), down 2.3 percent at current forex and 2.1 percent at constant forex, which Geox added, is due to the planned network optimization in Europe and expansion in more responsive markets such as Russia, 16 stores closures in Eastern Europe and China and stable LFL sales of 0.5 percent generated by the directly operated stores against negative 1 percent in 2016. In particular comparable sales in the third quarter grew by 3.2 percent on the back of positive performance reported in September, in all main markets.

Sales of the franchising channel, which account for 14 percent of the group revenues, amounted to 121.4 million euros (149.4 million dollars), a decrease of 9.8 percent and 10.3 percent at constant forex. This, the company said was also due to the 62 net closures and a slight decline in comparable store sales.

As of December 31, 2017, the overall number of Geox Shops was 1,095 of which 439 DOS. During 2017, 70 new Geox Shops were opened and 136 were closed in line with the rationalization plan of the DOS network in more mature markets and the expansion in countries where the group’s presence is still limited but developing well.

North American sales amounted to 56.9 million euros (70 million dollars), down 6.2 percent or 5.6 percent at constant forex, mainly due to the performance on the Canadian market, the stable LFL sales recorded by DOS and six store closures.

Sales in other countries increased by 8 percent or 7.9 percent at constant exchange rates with positive performance both in the wholesale channel and in terms of LFL sales recorded by DOS with a particularly strong growth in Russia, Eastern Europe and China.

The board of directors has decided to propose to the shareholders' meeting the distribution of a dividend of 0.06 euro (0.07 dollar) per share for a total amount of 15.6 million euros (19.2 million dollars).

The company further added that SS18 order backlog for the wholesale channel shows a growth of 3.5 percent and an increase in gross margin in line with expectations. The company expects solid growth in the e-commerce channel to continue.