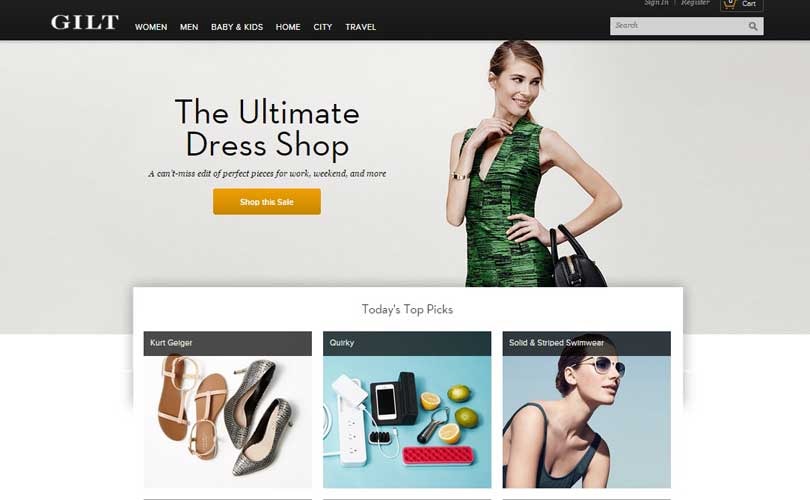 The online fashion flash sales retailer has reportedly secured new investment valued at circa 50 million dollars. Gilt has confirmed this round of financing, led by current investor General Atlantic, with participation from other Gilt investors and a new strategic partner.

As published by ‘Re/Code’, the new cash injection comes as Gilt has put off an IPO that some in the trade thought would take place in late 2014, as previously reported.

It is worth to remember that, although Gilt never announced its IPO plans as such, it hired Goldman Sachs and was gunning for a public offering last year.

”Consistent growth and profitability need to happen” for an IPO

With regards to the worn idea of launching an initial public offering of shares (IPO), the company’s spokeswoman Jennifer Miller said that “What we’ve always said is [an IPO is] likely at some point.” “But two things need to happen: We need to show consistent growth and profitability and market conditions have to be right,” she added.

Given the current situation, it seems that the IPO will need to remain at bay at least for the near future.

While the company has made some progress under CEO Michelle Peluso, Gilt is still not profitable and sources say its quarter-to-quarter performance hasn’t been consistent enough to convince leadership it’s ready for the scrutiny that comes with being a public company, highlights ‘Re/Code’.

Up to date, and near eight years after it launched, Gilt has raised almost 300 million dollars.

The online fashion retailer will utilise the funding on increased marketing and international expansion.

According to data accessed by ‘Forbes’, Gilt reportedly had 550 million dollars in sales in 2012 and was profitable on an adjusted EBITDA basis in 2013.