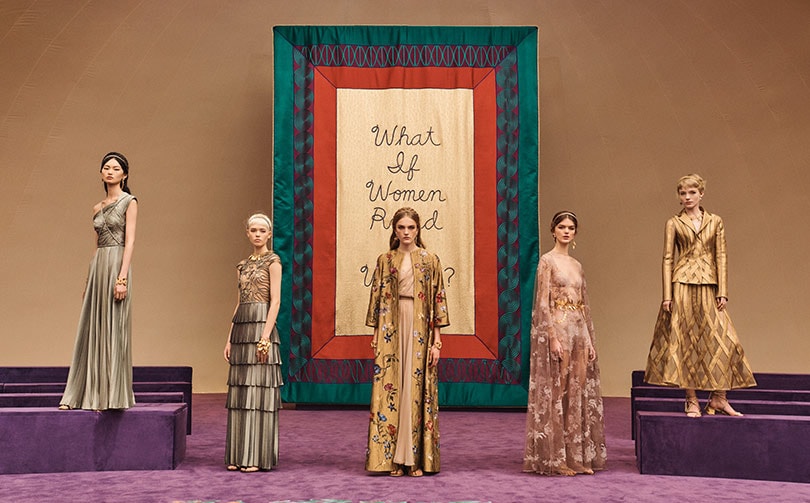 LVMH Moët Hennessy Louis Vuitton recorded revenue of 53.7 billion euros (59.1 billion dollars) in 2019, up 15 percent, while the company’s organic revenue growth was 10 percent. LVMH said in a statement that Europe and the United States experienced good growth over the year, as did Asia, despite a difficult environment in Hong Kong in the second half of 2019. Revenue growth in the fourth quarter was 12 percent compared to the same period in 2018 and organic revenue growth was 8 percent for the quarter. Profit from recurring operations amounted to 11.5 billion euros (12.6 billion dollars), up 15 percent, while operating margin reached a level of 21.4 percent. The company added that group share of net profit amounted to 7.2 billion euros (7.9 billion dollars), up 13 percent.

Commenting on the full year results, Bernard Arnault, Chairman and Chief Executive Officer of LVMH, said: “LVMH had another record year, both in terms of revenue and results. In addition to the many successes of our maisons, highlights of the year include the arrival of the hotel group Belmond, the partnership with Stella McCartney and the agreement with jewellery maison, Tiffany & Co. In a buoyant environment that remains uncertain in 2020, we continue to be vigilant and focused on our objectives for progress. “

The company’s fashion & leather goods business group achieved sales rise of 20 percent and organic revenue growth of 17 percent in 2019 to 22.2 billion euros (24.4 billion dollars), while profit from recurring operations was 7,344 million euros (8,086 million dollars), up 24 percent. The company said, Louis Vuitton continued to deliver an exceptional performance, while Christian Dior had a remarkable year. Fendi’s highlight for 2019 was its final tribute to Karl Lagerfeld, after a collaboration of 54 years. Celine gradually rolled out its boutique concept and launched its first high-end perfumery collection. Loewe delivered strong growth under the impetus of its designer JW Anderson and Loro Piana, Rimowa and Berluti experienced good progress.

The perfumes and cosmetics business group achieved revenue increase of 12 percent and organic revenue growth of 9 percent to 6,835 million euros (7,536.4 million dollars), driven by the remarkable momentum of its major brands like Dior, Guerlain and Givenchy. Profit from recurring operations was up 1 percent.

The watches and jewellery business group recorded sales rise of 7 percent and organic revenue growth of 3 to 4,405 million euros (4,851 million dollars), while profit from recurring operations were up 5 percent to 763 million euros (840.2 million dollars). The agreement with Tiffany & Co was a strategic highlight of the year. The company added that Bvlgari continued increase its market share.

The selective retailing business group achieved revenue increase of 8 percent and organic revenue growth of 5 percent to 14.8 billion euros (16.3 billion dollars), while profit from recurring operations was up 1 percent. The company said, Sephora’s growth was particularly strong in Asia and the Middle East and online sales grew rapidly throughout the world. Its distribution network continued to grow with more than one hundred new stores and the renovation of the flagship stores of Dubai Mall, Times Square in New York and La Défense in Paris. Le Bon Marché continued to cultivate exclusivity in its offer and in 2019 it opened its “private apartments” for a personalized shopping service. The 24S digital platform progressed well, with an increasingly international clientele. In the second half of 2019, DFS faced a slowdown in tourism in Hong Kong. In Europe, the Galleria in Venice continued to perform very well, and preparations are underway for the opening of its new location at La Samaritaine in Paris.

In an uncertain geopolitical context, LVMH said that the group is well-equipped to continue its growth momentum across all business groups in 2020. The group will pursue its strategy focused on developing its brands by continuing to build on strong innovation and investments as well as a constant quest for quality in their products and their distribution.