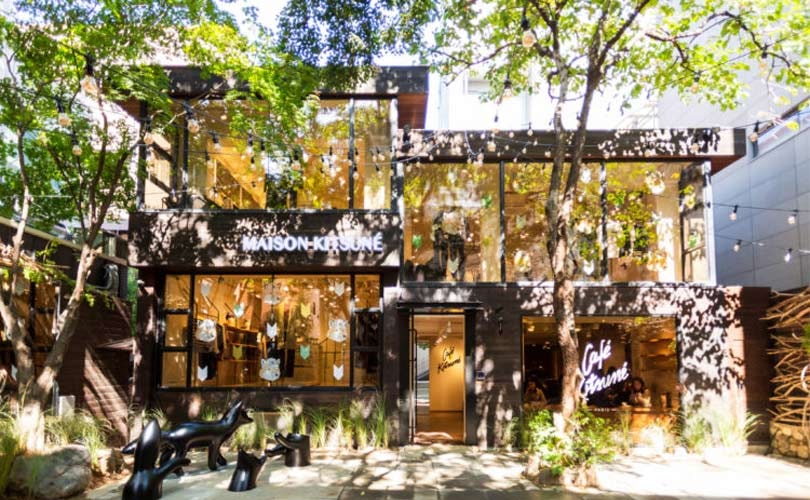 The multi-faceted Paris-meets-Tokyo brand Maison Kitsuné, founded by former Daft Punk manager Gildas Loaëc and architect Masaya Kuroki, has announced ambitious plans for international expansion, which will include a store rollout in Asia.

The news comes as Paris-based Maison Kitsuné, which blends fashion alongside a music label, Kitsuné Musique, and coffee shops, Café Kitsuné, announces it is now generating over 40 million euros in annual revenue, 90 percent of which stems from the company’s ready-to-wear line, with the music label and cafe, which has branches in Tokyo’s Aoyama district and Paris’ gardens of the Palais Royal, accounting for 5 percent each.

With 80 percent of sales coming from outside of France, with Japan, USA and South Korea representing the key regional growth hubs, the brand has stated that it will be “exploring untapped Asian markets” with plans to open boutiques and coffee spots in South Korea, Indonesia and Greater China, with the help of local strategic partners, the company added in a statement.

Maison Kitsuné plans aggressive store rollout in Asia in 2019; followed by the brand’s first-ever hotel in 2020

The company has signed an exclusive partnership with Samsung C&T to enter South Korea, and Maison Kitsuné will open its first shop-in-shop in Shinsegae Gangnam department store, as well as a 2,690 square foot flagship store in the Garosu-gil neighbourhood in mid-October, that will feature a Maison Kitsuné boutique and a Café Kitsuné, with plans for more ready-to-wear outposts and cafés next year.

The expansion plans for 2019 will see Maison Kitsuné further extend its reach in Asia, breaking ground in Indonesia, Mainland China and Taiwan. The first of which is slated to open next March 2019 and will be the brand’s first pied-à-terre in Indonesia, a 3,229 square foot space located on the ground floor of Jakarta’s District 8 mall, which will include a Maison Kitsuné boutique and a Café Kitsuné.

In addition, the company has also confirmed that it will open its first-ever hotel with local partner Buva Group in 2020. The Hotel Kitsuné, near Uluwatu in Bali, Indonesia, will feature a cluster of villas and the company states will “continue to spread the brand’s distinctive Art de Vivre”.

The fashion brand will also be expanding with the addition of a genderless sister line, Acide Maison Kitsuné, which will launch in November with pieces described as “genderless arty designs”, said the company. This will join the brand’s portfolio of seasonal collections from Maison Kitsuné and its a timeless Parisian-inspired wardrobe line, Maison Kitsuné Parisien.

Maison Kitsuné continues to independently-controlled, operated by its executive team, led by Loaëc and Kuroki.