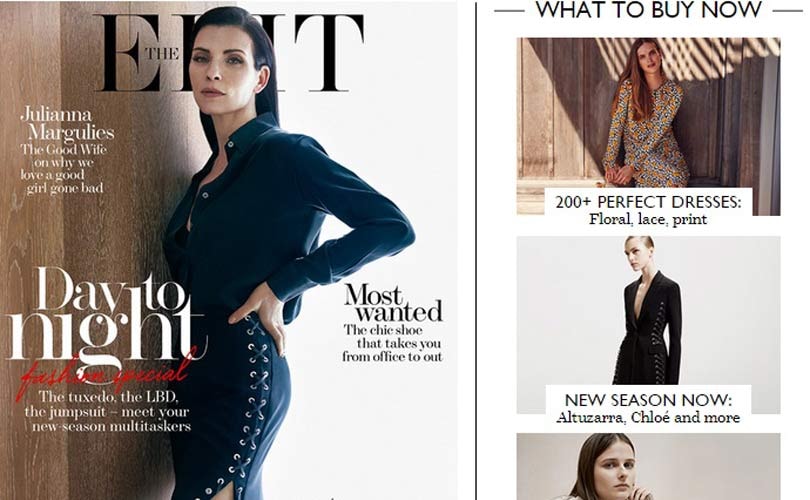 After five years, Richemont Group has seen its investment in Net-a-Porter bear fruit. The online luxury fashion platform has posted a pre-tax profit of 11 million pounds in the year to March, 31 from a 9.7 million pounds loss last year.

The Net-a-Porter group said revenues had risen 22.8 percent to 654 million pounds in the year to March. Additionally, it left the red well behind after swinging to an 11 million pounds profit.

During the period, the number of monthly unique visitors to the sites has grown to 10.7 million, with 45 percent of revenue coming from Europe, 31 percent from the US and a quarter from Asia and the rest of the world, the group said, as reported ‘The Telegraph’.

Net-a-Porter, which was merged with Italian rival Yoox in March, saw sales rose by 22.8 percent to 654 million pounds, as the company reported over the weekend. Main drivers of growth were strong improvement across the group’s three websites, that’s it the namesake web, Mr Porter and The Outnet.

After joining forces with former rival Yoox to create a joint business with estimated 1.3 billion euros or 940 million pounds in combined sales, Net-a-Porter would be reportedly mulling a London Stock Exchange debut later this year, reports ‘The Times’.

A Swiss-owned fashion website, founded by an American and being sold to an Italian company, could end up on the London Stock Exchange.

Yoox Net-a-Porter Group will be headquartered in Italy after the merger finalises in September, with the three Net-a-Porter sites continuing to operate as standalone brands.

The enlarged company will be quoted in Milan, but analysts believe that it may also list in London, hints ‘The Times’.

Net-a-Porter was founded in 2000 by former fashion journalist Natalie Massenet, who sold the 97 percent of her brain-child to Richemont for a reported 50 million pounds ten years ago.

Massenet, the group’s executive chairman, said: “In the last 15 years, the Net-a-Porter group has radically transformed the luxury market... It has been an incredible journey, beginning with a concept and turning that initial idea into the world’s premier online fashion destination.”