German fashion retailer New Yorker, which has its roots in the city of Braunschweig in northern Germany, is by now one of the largest clothing companies of its kind in Europe. This year, the chain is celebrating its 34th anniversary while looking back on a successful history. A whopping 1,000 stores in 39 countries and 16,000 employees are currently under the direction of CEO Friedrich Knapp, who has become one of the richest businessmen in Germany thanks to the fashion chain. However, New Yorker's ascent is only partially transparent; reason enough for FashionUnited to take a closer look at this success story.

It all began in 1971 when Tilmar Hansen and Michael Samson opened the first New Yorker store – then a simple jeans shop – in the northern German city of Flensburg. The current CEO Friedrich Knapp, who was managing a denim store in Braunschweig at the time, joined soon after. Hansen, Samson and Knapp eventually founded the SHK Jeans GmbH and opened first branches all over Germany in the 70's and 80's. Samson left the company already in 1990, keeping a connection only as the owner of some of the real estate in which New Yorker branches were located.

The label Fishbone was introduced in 1992, consisting of a women's and a men's line. Only two years later, in 1994, New Yorker ventured accross the border and opened its first branch in Linz, Austria. Once abroad, the company continued to expand rapidly: 1998 in Poland and the Czech Republic, a year later in Hungary and on the Spanish island of Mallorca, which is popular with German tourists. 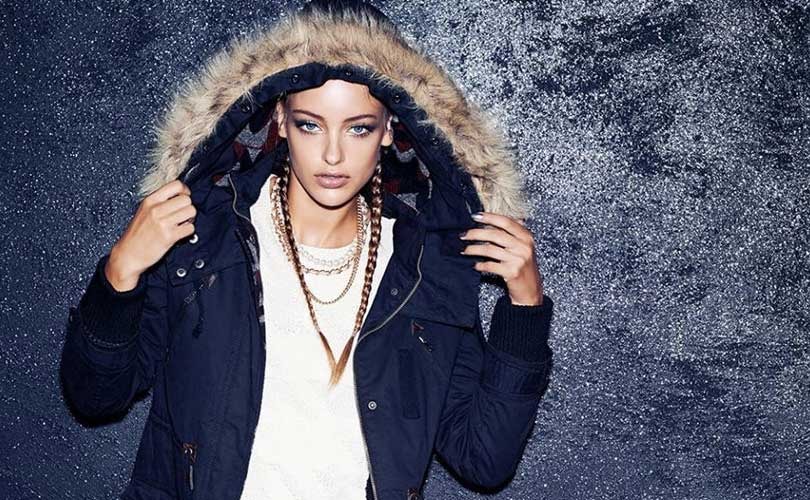 It should be noted that building a network of brick-and-mortar stores was very different then from what it is today; the company could not only carefully test a new market using an online store and open retail stores once the online venture succeeded. No, e-commerce was then in a nascent state, a hardly used channel that only started gaining in importance dramatically in 2007. According to 'Statista', e-tailing in Germany accounted for revenues of just about a billion euros in 2000. In comparison: in 2013, it was already a whopping 39.1 billion euros. To date, however, Friedrich Knapp has refrained from opening an online store and continues to bank on its chain of retail stores.

Rumors about a possible IPO

In 2000, New Yorker really picked up speed, opening stores in Slovenia and Denmark, and acquiring licenses for Fishbone glasses, socks and sportswear. In addition, the company moved its head office to Hamburg and started its new store concept '21', which was presented while celebrating its 300th branch in Dortmund.

The company's expansion strategy soon proved fruitful and in 2001, the label reached its first billion in sales (albeit in Deutsche mark), which promptly led to the introduction of another clothing line, Amisu, while Fishbone started licensing watches. Internally, things were far from rosy: despite the successful expansion, the company had to pay out Tilmar Hansen by 1st September 2001, who left subsequently. He sold his shares to Knapp, who thus became the sole owner. According to media reports quoting insiders, that was a difficult time for New Yorker.

But no reason to slow down. On the contrary, more than ever, New Yorker focused its attention on its young target group: it launched the underwear line 'Censored' in 2003 and presented musical events such as the Love Parade in Berlin, a hip hop festival in Poland, Mayday in Hungary and Poland, Popkomm and Ringfest in Cologne. Till today, all those promotional efforts have paid off: according to a study by GfK, the German Society for Consumer and Market Research, 94 percent of all young Germans between 14-29 years know the clothing retailer New Yorker. 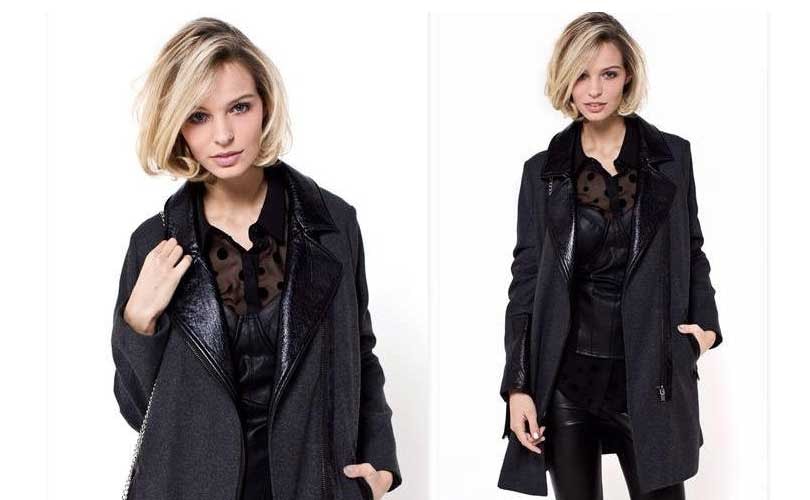 In 2004, the company diligently continued its international expansion with stores in Switzerland and Slovakia. In 2005, debut stores in Russia, the Netherlands, Croatia and Belgium followed. In addition, Knapp reinforced the top management team from February 2005 with Helene Steiner, Florian Kall and Holger Meissner .

Since mid-2006, there have been rumors about a possible IPO, however, none has taken place so far as Knapp wants to keep New Yorker independent. Thus, the entire value chain from clothing design to store sales is managed by the fashion group itself. Only its production is sourced out to suppliers whose location and identity New Yorker has never satisfactorily disclosed, causing many a discussion within the industry.

The company continued with its expansion plans and opened first stores in Lithuania and Latvia in 2006 and in Estonia, Romania, the United Arab Emirates, France, Serbia, Saudi Arabia and Sweden in 2007. By then, New Yorker employed a whopping 10,000 people.

No information about production conditions

The company reached another milestone in 2008: at 3,069 square meters, New Yorker opened its worldwide largest branch in its hometown of Braunschweig. It also won various awards for its commercials. Apart from that, the company was still busy with entering new markets. In 2008, it opened first stores in Bosnia-Herzegovina and Bulgaria and Portugal and Italy followed in 2009. Knapp also founded his own foundation in early 2008, the 'New Yorker Foundation. Friedrich Knapp' to promote the cultural education of socially disadvantaged children and youths. New Yorker also provided assistance in the form of one million euros each for disasters like the earthquake in Haiti and the floods in Pakistan. The United Kids Foundation also receives financial support through Knapp's foundation.

However, New Yorker is not particularly informative when it comes to its own production conditions, especially in regards to child labor and climate and environmentally friendly production. This lack of transparency has brought New Yorker into disrepute in the past and created negative headlines. New Yorker has stated having a code of conduct for its suppliers but its contents were never made public, thus raising the question: why not? According to New Yorker, the company produces its clothes "around the world", of that 60 per cent in Europe, but generally does not divulge any further details.

Friedrich Knapp leads his company the way he leads his private life - covered. He rarely appears in public and only reluctantly gives interviews. However, he is known for his tremendous commitment and generosity. Through his need to help, the fashion entrepreneur even became the owner of a swimming pool in Braunschweig. It was to be demolished in October 2014, which Knapp prevented by taking it over.

But that does not mean that money can be wheedled out of the 63-year-old's pocket. In 2014, denim label Levi's sued New Yorker because the German company was supposed to have sold Levi's knock-offs. Levi's asked for 50 euros per pair of jeans sold by Knapp, but he fought against it. "It's audacious that these gentlemen are trying to make money at our expense“, said Knapp, upset at the time. "Our jeans usually cost between 19 and 39 euros. How does that work? These are Wild West methods!" However, Knapp lost the lawsuit and had to pay in the end.

Apart from entering new markets in Macedonia, Kazakhstan, Ukraine and Montenegro in recents years, things have been pretty quiet around New Yorker. Until four months ago when Knapp reached deep into his pocket again to donate one million euros to poor children in Braunschweig. Knapp said he wanted to set a good example for other companies in Braunschweig and inspire them to donate as well. However, Knapp's generous commitment at home causes confusion for some people. Wolfram Pehlke, for example, spokesman of the board for the Green party in Braunschweig, had some questions for Mr. Knapp, which he posed in an open letter to him at the beginning of January 2015.

"We were delighted to find out that you, or your company New Yorker SHK Jeans GmbH, made a large donation of one million euros to the City of Braunschweig to fight child poverty... Apart from our delight about seeing your committment to the welfare of children in poverty, there are also further discussions in our party (as well as in the city), stemming from a desire for global justice as to how and under what conditions our "prosperity products" are actually produced,” reads the letter.

“We are of course aware - as surely you will be too - of reports about garment factories in countries like Bangladesh, which show that child labor, extremely low wages and bad or dangerous physical working conditions are not uncommon. Surely you are also aware of a call for signing the "Alliance for Sustainable Textiles" or at least the BSCI Agreement. Unfortunately, the media reports that New Yorker is not one of the signatories of this commitment to ascertain minimum standards.” 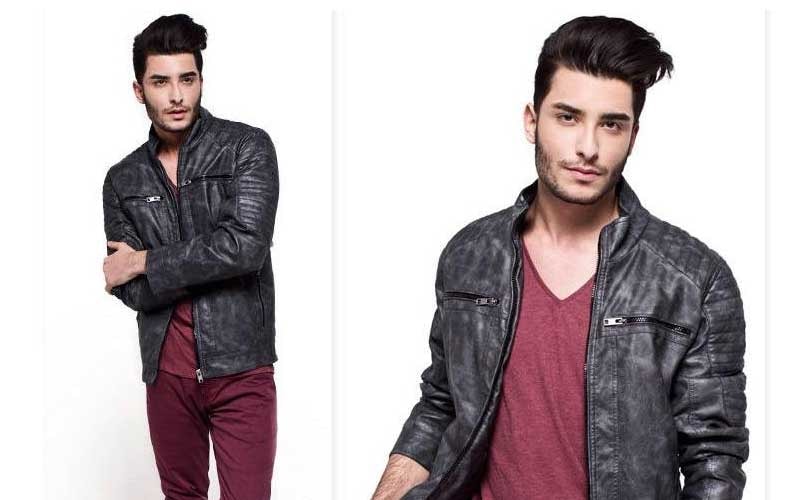 “We have not overlooked the fact that a number of competing garment producing firms also have difficulties signing it, but we would of course be happy if just your company would set a shining example. The current situation seems contradictory to us and we therefore turn to you directly to ask for clarification about under what conditions, in which countries and in which factories New Yorker products are being manufactured. We are sure that in light of your global operations, your social commitment extends beyond the boundaries of the City of Braunschweig and would be grateful for an answer." concludes the letter.

A clear statement that many people in the fashion industry and press can identify with. New Yorker has consistently withheld any comment in regards to this commitment and has not commented on the situation publicly. FashionUnited contacted the writer of the letter, Mr. Pehlke, to find out if there had been a reaction this time. As expected, this was not the case.

Pehlke hopes that this will change with the arrival of new company spokesman Olaf Glaeseker, who previously worked for former Federal President Christian Wulff. Since January 15th, Glaeseker is responsible for New Yorker's communication and the chance to lead the company to greater transparency. After all, the post of chief communications officer and “representative for governmental affairs" was newly created specifically for Glaeseker, the reason being the ongoing internationalization of German retailing. Whether the qualified sports scientists and trained journalist, who abruptly resigned his post as Wulff's spokesman in December 2011 after corruption allegations against him, is the right person to present New Yorker in the proper light remains to be seen.