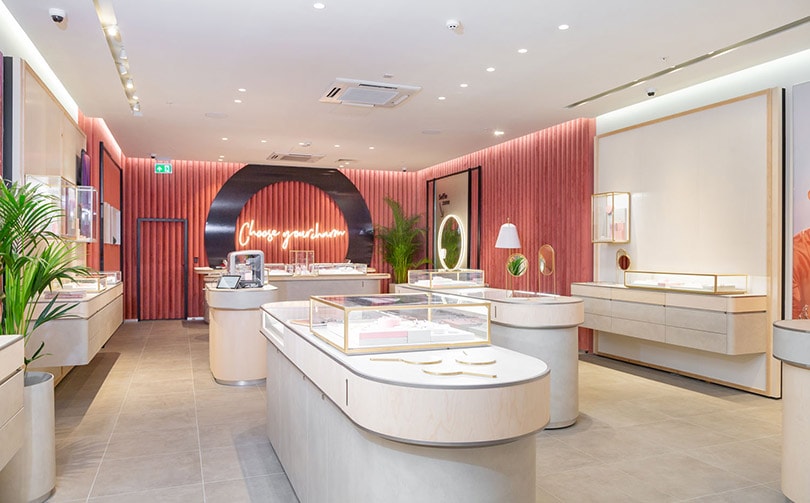 Jewellery brand Pandora has confirmed that it is pushing forward with its rebrand with a new strategic reorganisation geared at establishing a consumer-focused business with what it is calling a “strengthened leadership” team in order to support its future growth ambitions.

Announced as the “next important step” of its Programme Now initiative, the strategic reorganisation aim is to allow Pandora to be “closer to consumers” and ensure faster and consistent execution with more impactful products and marketing concepts.

As part of the reorganisation, the jewellery company stated that it will close its three regional organisations thereby eliminating an organisational layer between global headquarters and the local markets.

This will lead to the more than 100 markets where Pandora operates being grouped into 10 clusters, each headed by a general manager based in the largest market in the cluster. The general managers will report to a newly established chief commercial officer position, who will report directly to president and chief executive Alexander Lacik and be part of Pandora’s executive leadership team.

The chief commercial officer position will also be responsible for a retail centre of excellence to improve Pandora’s global retail skills including global merchandising, store development, planning and execution. In addition, a new function called network and franchise management will be established to oversee the retail estate and support franchise partners globally.

The person taking up the chief commercial officer position has been appointed, and will be confirmed shortly Pandora said in the statement, adding that the external candidate will join Pandora early in Q2 2020.

As a consequence of the strategic reorganisation, 180 employees from Pandora’s regional offices and markets have been made redundant, with the three current regional presidents stepping down from the executive leadership team.

Pandora pushes forward on rebrand with reorganisation of the company

To allow the jewellery brand to meet its global ambitions and to deliver a brand experience it states that is based on deep consumer insights, it will establish two global business units with end-to-end responsibility for product performance, to ensure a “more consistent consumer experience across markets”.

Both units will be accountable for concept development, design, execution and marketing plans across the full value chain, which is a shift from the current set-up that is centred around product launches. The global business units will report to the recently appointed chief marketing officer, Carla Liuni, who starts on March 16.

Pandora confirms 180 employees made redundant as part of restructure

As part of the reorganisation, Pandora is also investing in building stronger global functions including marketing, digital, merchandising and business intelligence and is establishing a global business services centre to deliver efficient and scalable transactional processes and drive efficiencies through standardisation and higher quality.

These initiatives, to upgrade and long-term future-proof Pandora, follow the already-announced decision to establish a digital hub in Copenhagen, to drive digital innovation and deliver seamless customer experiences online and offline by boosting the company’s digital presence, omnichannel expertise and use of data.

Commenting on the news, Alexander Lacik, president and chief executive of Pandora, said: “With today’s announcement, we bring our global headquarters closer to our local markets and consumers, and ensure that feedback from consumers can more quickly fuel new concept creations. The reorganisation will reduce organisational complexity, enable Pandora to execute with more speed and agility, and add critical capabilities required to support growth.”

The new organisation will take effect from April 2.