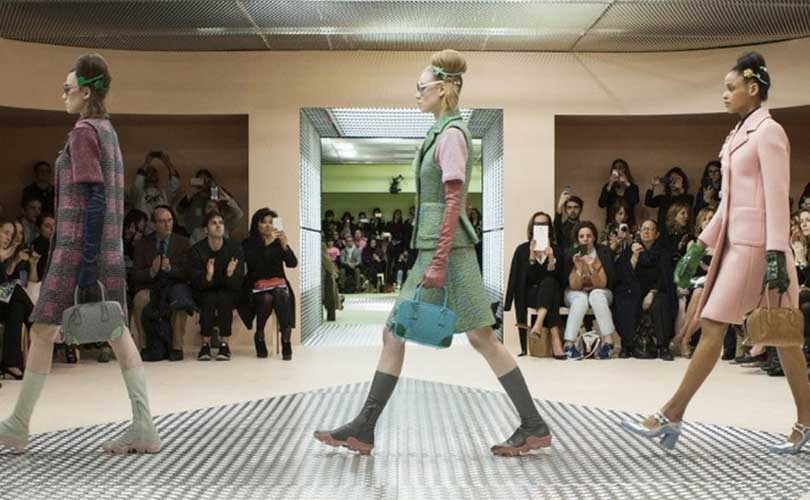 The Italian luxury brand noted down an attributable net profit of 450.7 million euros at the end of fiscal year 2014, that is 28.2 percent less than during the previous year.

This is the deepest dive in earnings for the company since it was taken public in an initial public offer (IPO) four years ago. The slip is largely explained by stagnant sales in Europe and Asia.

The highest growth was recorded in Japan, where sales rose 7.9 percent. Positive results were also billing in Italy (0.1 percent), and America (0.9 percent). However, sales were down 4.9 percent in Europe and retreated by 3.1 percent in the Asia Pacific region.

Moreover, the Italian firm's attributable net profit was of 131.4 million euros in the fourth quarter, representing a decrease of 29.7 percent when compared with the same quarter last year. In addition, the quarterly turnover was cut by 1.1 per cent to 999.67 million euros.

Sales of Prada's namesake brand, which accounts for more than 80 percent of overall revenue, fell nearly 2 percent on the year compared with a 32 percent rise in 2013, according to Bloomberg. On the upside, sales at Miu Miu rose 4 percent, increasing in all markets except Europe, the company said.

The company proposed a final dividend of 11 European cents per share.

Looking ahead, the Italian group said that "in the early months of 2015, financial markets have reacted positively to the stimuli of monetary policy, raising expectations of growth of the real economy."

However, Prada has warned that the uncertainty for international luxury market generated by issues related to certain markets and the current currency volatility persists, which indicated the need to work on containing costs and taking other measures to improve efficiency.

In order to regain market - and profits - in Asia, the Italian company announced it would cut its prices in the region, besides slowing down the pace of new openings. "We think 30 [store] openings this year will be enough," Chairman Carlo Mazzi told analysts. "We have to improve our [existing-store sales] for our stores which this year was in a negative position."

"The challenge of meeting the needs of clients is growing," added Mazzi at an analyst conference in London.

Following other luxury goods big names such as Prada or As the euro weakened against the dollar in the past months, Prada said it is evaluating whether to cut prices in Asia in a move to reduce the differential with European prices, reports ‘MarketWatch’. But, as opposed to rising prices in Europe – as Chanel and other luxury retailers have started to do - Prada, which said it won't act before Easter, added that there is room to cut prices in Asia but not increase them in Europe.