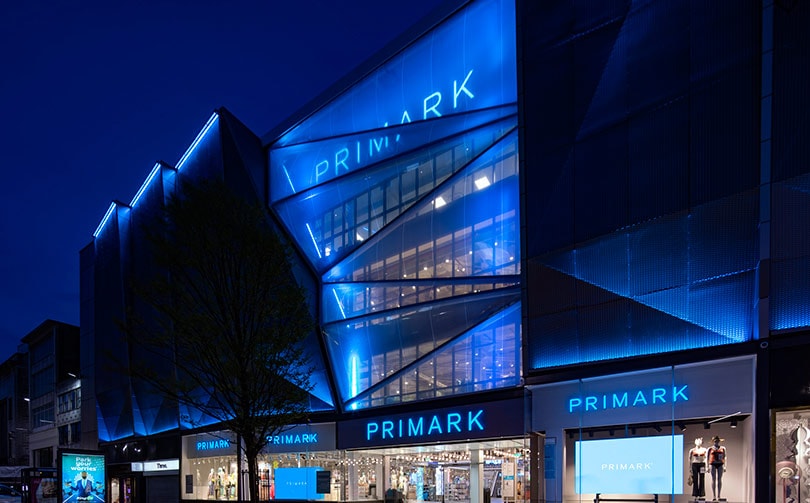 Primark commits to paying more to support its suppliers

Fast-fashion retailer Primark has agreed to pay more to suppliers, releasing a statement saying it will agree to take more than 300 million pounds of additional products both finished and in production.

The commitment will see Primark paying for some 370 million pounds of additional orders for product over and above the 1.5 billion pounds of stock in stores, depots and in transit, added the retailer.

This means Primark will now take all product that was both in production and finished, and planned for handover by April 17.

The move comes after what the retailer describes as "extensive one-to-one conversations” with its suppliers, which it notes began four weeks ago and these talks have helped the retailer “identify mitigating options, including extended payment terms”.

Primark had previously committed to paying for orders that were in transit or booked for shipment by March 18, however, the retailer then went and cancelled all future orders on March 23, due to the spread of coronavirus, after closing all of its 376 stores in 12 countries, resulting in the loss of sales of 650 million pounds every month.

The company explained at the time that it had spoken to suppliers to stop production as it already had some 1.6 billion pounds of paid-for stock in stores, depots and in transit. All of this stock was paid for under its normal 30-day payment terms, added the retailer.

With Primark’s new commitment this now brings the retailers total stock both owned and committed to nearly 2 billion pounds, while the stores remain closed and with no e-commerce, they have no way of selling its collections.

The statement added that the company’s product and sourcing teams would “continue to work closely with suppliers to implement these plans”, adding that where suppliers need new sources of credit, Primark will seek to assist them, for instance by demonstrating its commitment to orders, initiating conversations with international lenders and liaising with governments.

Primark added that it hopes to re-commence placing future orders for autumn/winter stock once there is “further clarification” of the reopening of stores.

Paul Marchant, chief executive of Primark said: “This announcement represents a further ongoing commitment to our relationships with our suppliers. We have been in close and regular contact with our suppliers over the last few weeks to find a way forward, and to pay for as much of the previously ordered product as possible.

“Transparency and clarity have been at the heart of our longstanding relationships with our supply base and we were obviously disappointed that we were not initially able to commit to this stock. Our partnerships with our suppliers are invaluable and we want to continue to support them as we navigate our way through this global crisis.”

Primark concluded the statement will clarification that the extended commitment to its order would “not affect” its pledge to pay factory workers with its fund that was announced earlier this month. This fund was established to make sure workers are paid as soon as possible for work on Primark product that was in production.

At the time, Primark explained: “Primark is concerned about the impact of workers engaged in production on further orders that Primark will now not be taking – that is, goods in production that were due for shipment in the month following cancellation of orders.

“Accordingly, Primark is today announcing it will fund payment of the wages that relate to this product, taking into account adjustments for government support packages provided in each country. This action will cover orders from the following countries: Bangladesh, Cambodia, India, Myanmar, Pakistan, Sri Lanka and Vietnam. In consultation with external stakeholders, the Primark Ethical Trade team will explore mechanisms to ensure that this money reaches workers.”