For the 5th year running the ‘Women Count 2020’ has revealed that gender diversity at the top levels of British business needs urgent attention, with data proving that companies in the FTSE 350 with diverse leaderships perform considerably better and have higher profit margins.

According to the report, funded by The Pipeline, the UK’s largest gender diversity business, the retail sector is one of the worst-performing when it comes to gender diversity with only 24 percent of executive committee members in the British retail sector being women, with just 12 percent of female executives on main plc boards. Worse still, only 12 percent of profit and loss responsibility roles on executive committees are held by women, with zero female chief executives or board chairs. 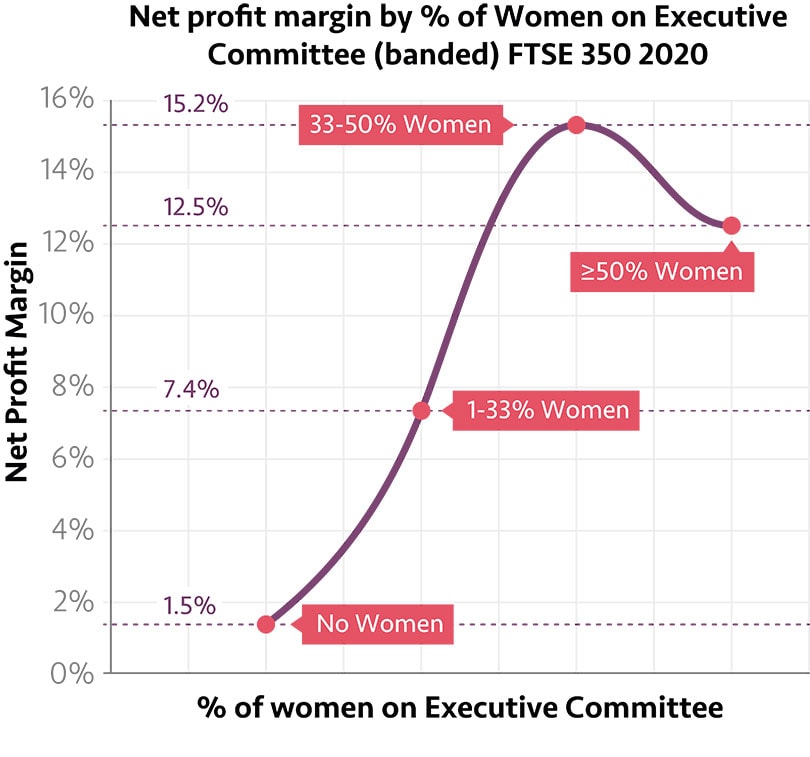 Across all the FTSE 350 companies which have executive committees with female memberships of more than 33 percent those businesses have a net profit margin over 10 times greater than those companies with no women at this level.

Lorna Fitzsimons, co-founder of The Pipeline, said in a statement: “The ‘Women Count 2020’ report shows the stark difference in net profit margins of companies that have diverse gender leaderships compared to those who do not. During the most unprecedented economic challenge of our lifetime, the economy can’t afford for businesses to continually miss the opportunity to be more productive.

“Businesses and governments need to actively address this as an economic imperative if we want to come out of the inevitable recession any time soon. We will then emerge from this crisis together, stronger, and more united than ever in a post-Covid-19 world.”

Commenting on the report and the ongoing gender discrimination in the workplace, former Prime Minister and Government Minister, Theresa May, added: “Whenever data reveals a disparity of outcome between groups, the challenge to those in power should be – explain it or change it. There can be no good explanation for the massive underrepresentation of women at the top of British business – so it must change.

“Every single male chief executive officer who looks around his boardroom table to see nine out of ten male faces staring back at him needs to ask himself what he is doing to make his business one which his daughter or granddaughter can get on in. Act now to change your businesses, to make the most of every talent, and to play your part in making our economy one which works for everyone.”

The report reveals that female chief executives are critical to driving gender diversity at senior levels, as companies in the FTSE 350 led by women have an average 1 in 3 people being women on their executive committees, which falls to an average of 1 in 5 for companies led by men.

Lord Karan Bilimoria of Chelsea CBE, DL, President CBI, said: “The failure to develop and promote women into chief executive or C-Suite roles has serious consequences, not least for profitability, especially for those companies who have yet to place a single woman onto their executive committee.

"We must do better than this. Dealing with the legacy of Covid-19 will require us to create and sustain an economy that works for and recognises the value of everyone, where we achieve a better Britain by all working together. To see the scale of the challenge ahead and the urgent need to change, I recommend this report as essential reading.”

Images: courtesy of The Pipeline