The havoc that coronavirus is wreaking on the economy is being felt as companies lower their yearly projections and people file for unemployment claims in unprecedented numbers. The fashion industry is not immune to the effects of this, with companies furloughing employees left and right, CEO’s taking major pay cuts, and some stores permanently closing all together. With brick-and-mortar stores closed, the only thing staving off many retail companies from suffering further is e-commerce, but it hasn’t proven to be enough. Coronavirus has proven one thing that’s been a debate amongst some in the fashion industry: brick-and-mortar is still needed.

Yes, customers shopping habits have shifted more online, but after seeing the economic fallout some companies have faced with their physical stores being closed down for going on 3 months, e-commerce is not enough for omnichannel companies. Macy’s has had to furlough employees and take withdraw from their credit line in order to stay afloat. Neiman Marcus, which was already struggling with its debt situation since last year, has defaulted on its loans . Neiman Marcus’ situation certainly wasn’t helped by the coronavirus pandemic, as all of their brick-and-mortar stores are closed. 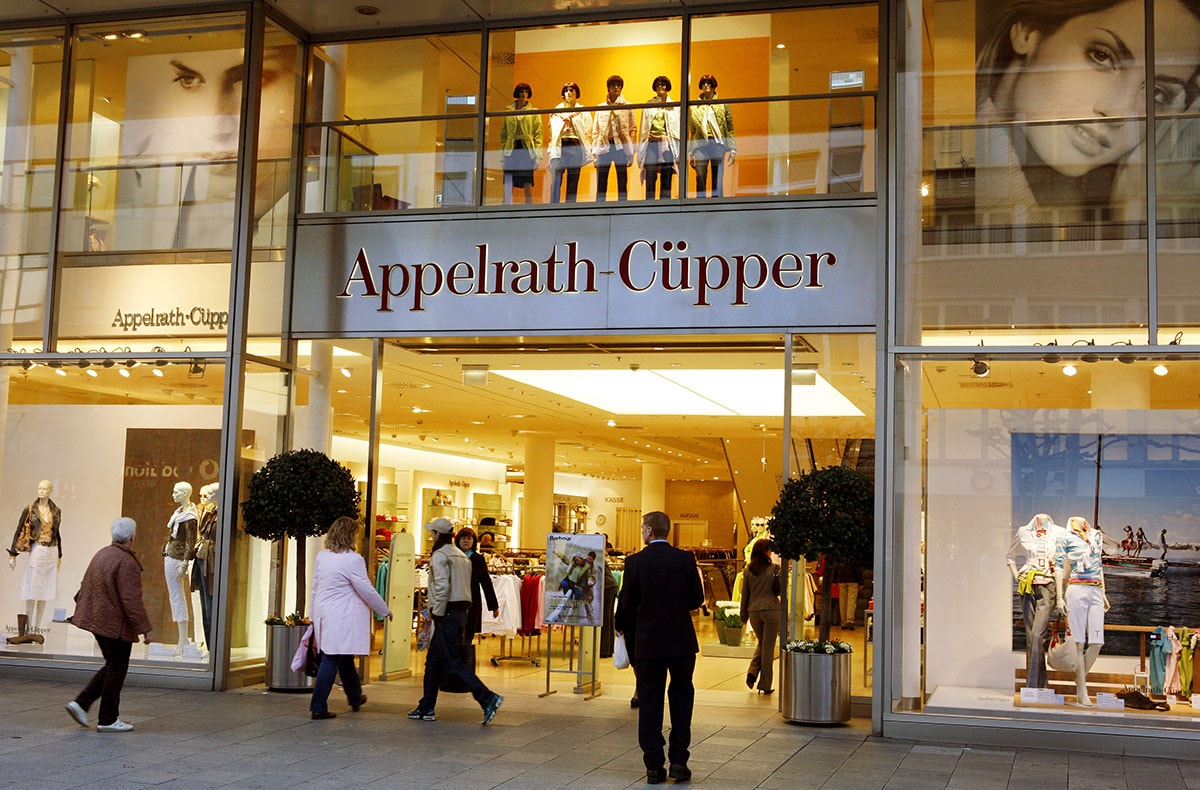 While Neiman Marcus Group still has their online channels operating, it is still not enough. Many retailers have opted for heavy discounting right now to incentivize customers to shop, but with people worried about their economic situation, consumer confidence and spending is down. A record 30 million people have filed for unemployment in America since the COVID-19 shutdown.

It’s now become no secret that shoppers still love their stores. In China, where the coronavirus originated, stores have recently begun reopening, and there appears to be a level of “revenge shopping”, where customers wanted the chance to acquire all of the things, they were restricted from buying as they were under lockdown. An Hermès store in Guangzhou, China’s wealthiest province, had record breaking Saturday sales of 2.7 million dollars.

Meanwhile in America, although there have been reports for years of how mall and retail stores around the U.S. have been seeing declining foot traffic for some time, brick-and-mortar still made up the bulk of sales for most retailers. By the end of March, due to lockdowns and fear of catching coronavirus in states that didn’t have lockdowns, U.S. retail traffic had practically come to a complete halt. Investment firm Cowen and Company estimated retail traffic had declined 97.6 percent by March 27. 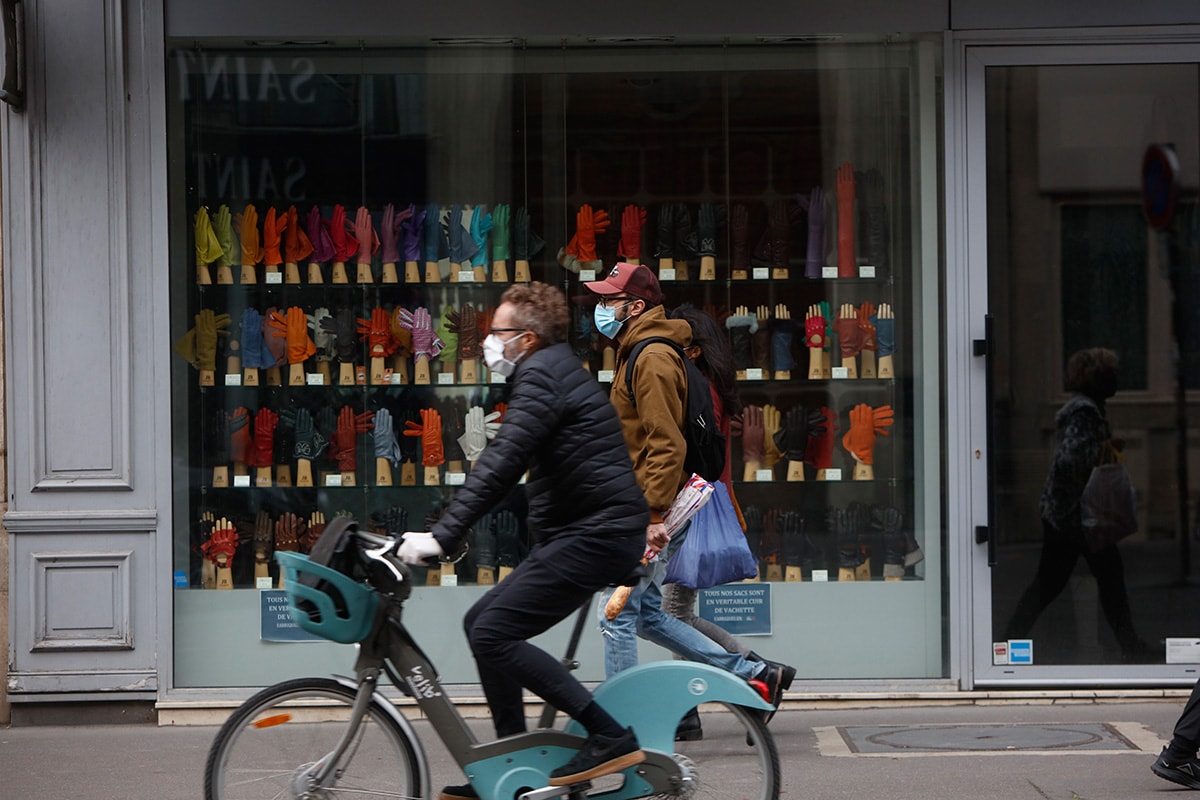 Cities, like New York, San Francisco, and Los Angeles, that usually have high retail traffic, and are the bread and butter of many brands revenues, have been on lockdown since March. The first businesses expected to reopen are construction and manufacturing, so it could be another month or so before these retail stores see their doors open again. Bankruptcies could be coming left and right. J. Crew, which has been on the decline for several years now, became the first American retailer to file for bankruptcy, and more are expected to follow.

Physical stores are still needed for many companies’ success

Lockdowns caused by the pandemic have left 263,000 retail stores temporarily closed according to data from GlobalData Retail. Analysts said that it remains unseen how many stores will reopen once this is over. 10 Corso Como in New York has already shuttered its doors, as they were unable to survive the loss in sales. More than 100,000 stores are predicted to disappear by the end of 2025.

Companies like Gap Inc., which are considered fairly stable, have warned that they could run out of cash with no revenue from coming in from stores, and they have even talked to landlords about permanently closing some of their stores. While many of these stores are still operating their e-commerce channels with an immediate shift in consumer shopping habits, that has been but a weak bandage.

This year, online sales growth has plunged to zero, while it was up 30 percent in the previous quarter. Once March came and coronavirus began to evolve into a pandemic, it was game over for retail on all fronts. The U.S. retail industry currently employees 1 in 4 people in the U.S. according to the National Retail Federation Even once the lockdowns are lifted, it could be a while before shoppers feel comfortable going into stores again.

A new GfK study said that 85 percent of Americans say they plan on altering their buying habits after COVID-19. With two-thirds of Americans concerned about their ability to make ends meet right now, their money will be focused on things like rent, mortgages, and utilities. Americans are expected to start preparing food more often, shopping during non-peak hours, doing more online shopping, and postponing or canceling personal service appointments.

With brick-and-mortar stores closed it has also caused a decline in formal apparel categories including bridal and men’s suits. Things are things that customers typically try on before purchasing, and without physical stores up and running at regular capacity, sales have nose-dived.

On the other hand, coronavirus has caused an overall surge in e-commerce that is expected to outlive the coronavirus pandemic, at least across Europe. A report commissioned by Detail Online, a European e-commerce auditing company, said the share of consumers who do 50 percent of more of their total number of purchases online has increased dramatically on all three of Europe’s biggest e-commerce markets. Six out of ten consumers say that they will continue to buy as much online as they do today after the pandemic has passed. The shift of consumer spending habits to be more online centric seems to be greatly accelerated by coronavirus, and with a return to normalcy far away and potentially not happening until there is a vaccine, online shopping appears to be where it’s at.

Kantar’s Global COVID-19 Barometer that was conducted in March reported that 20 percent of consumers globally said they shop less in physical stores, 9 percent said they do more of their shopping online, and 32 percent said they expected their share of online shopping to increase even more.

As states and countries begin to reopen, retailers are grappling with a new normal. Stores have begun offering curbside pickup, and they are thankfully seeing sales, and some customers are even asking if going inside of the store is an option. For brands to emerge stable from this they will have to ramp up their e-commerce efforts, and simultaneously find a way to help their brick-and-mortar stores continue adapting to this new normal as lockdown restrictions are loosened. As members of the fashion industry continue to call for an overhaul of the entire fashion system , everything from delivery schedules to fashion month could be looking different very soon. If COVID-19 has dissuaded one belief though, it’s that physical stores are going to die. They always have been and continue to be a necessity to companies’ growth.