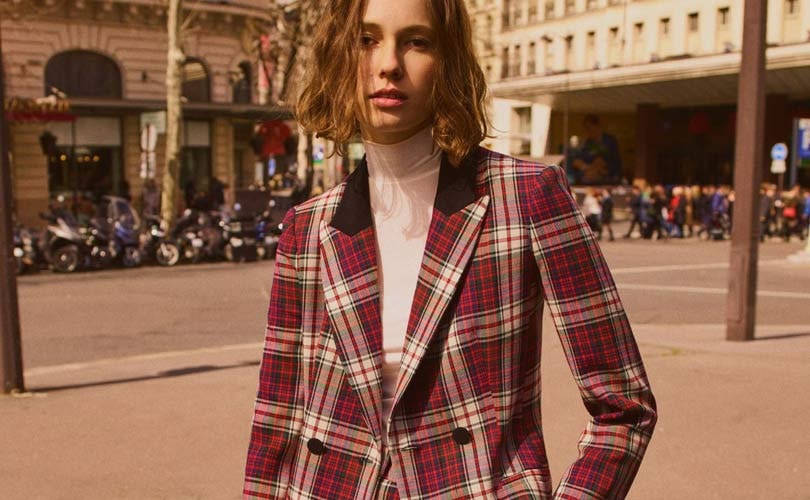 In the third quarter of 2019, consolidated sales at SMCP, parent company of the Sandro, Maje and Claudie Pierlot brands, reached 274.5 million euros (305 million dollars), up 9 percent at constant currency, while the company said, reported sales stood at 10.8 percent, including a positive currency impact of 1.1 percent and the 0.7 percent contribution from De Fursac over a period of one month.

Commenting on the third quarter report, Daniel Lalonde, SMCP’s CEO, stated in a statement: “In Q3 2019, we delivered a strong performance, particularly in APAC and EMEA, driven by a positive start from our fall/winter 2019 collections. In France, despite a sluggish market, our performance improved over the quarter and SMCP kept on gaining market share. Globally, we observed strong underlying trends and recorded a positive like-for-like sales growth.”

In France, the company added, sales were up 2.5 percent on a reported basis including De Fursac and up 0.6 percent at constant currency, despite a challenging market. SMCP pursued its network optimization plan with six net closings over the quarter and investments in key locations including Claudie Pierlot Champs Elysées.

In EMEA, sales growth stood at 12.2 percent at constant currency, driven by all countries and like-for-like growth. In the Americas, the group’s sales grew by 6.3 percent at constant currency, reflecting a solid underlying trend with a sequential like-for-like sales growth improvement versus H1 2019. It was also impacted by a lower contribution from new stores due to delays in the opening of the Sandro Flagship on Prince Street, New York.

In APAC, the group recorded 21.5 percent of sales growth at constant exchange, despite the events in Hong-Kong. In Mainland China, the group sales improved over 30 percent, fuelled by both brick & mortar and digital, driven by a high single-digit like-for-like sales growth, the continued stores network expansion and solid progress in digital. Over the quarter, the Group launched its WeChat mini e-shop.

Sandro, the company said posted 11 percent sales rise at constant currency, driven by a positive start to its fall-winter 2019 collections, while Maje reported 8.8 percent sales growth. Finally, sales at Claudie Pierlot were up 2.1 percent, which SMCP said, were impacted by a weak performance from its dress category and its lower exposure to fast-growing international markets.

SMCP has confirmed its 2019 full-year guidance targeting a sales growth between 9 percent and 11 percent at constant currency and a stable adjusted EBITDA margin compared to 2018.