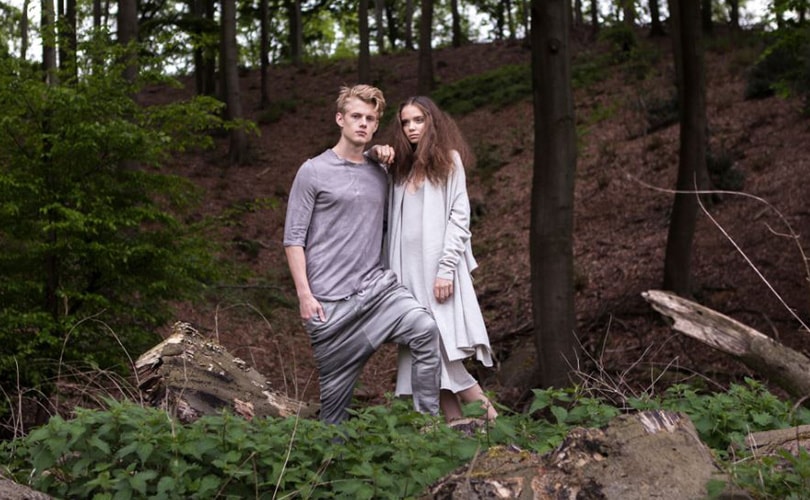 In view of resources dwindling fast and natural fibres like cotton being resource-intensive to process and petroleum-based fibres like acrylic, polyester, nylon and spandex not being the most environmentally friendly, it is about time to look for sustainable alternatives when producing fibres and fabrics. In this new series, FashionUnited explores the sustainable alternatives and textile innovations that are currently being pursued all over the world. Today, the focus is on the common stinging nettle, Urtica dioica, which is a widely distributed plant that is easy to grow.

Already three years ago, FashionUnited portrayed nettle fibres and German designer Gesine Jost who uses the flexible, shiny fibres and fabrics in her collections. "We are conditioned to stay away from stinging nettles but wrongly so," says the designer who proves the usefulness of the material in her studio in Düsseldorf where she displays pullovers, cardigans, t-shirts, skirts and a coat made from stinging nettle yarn. 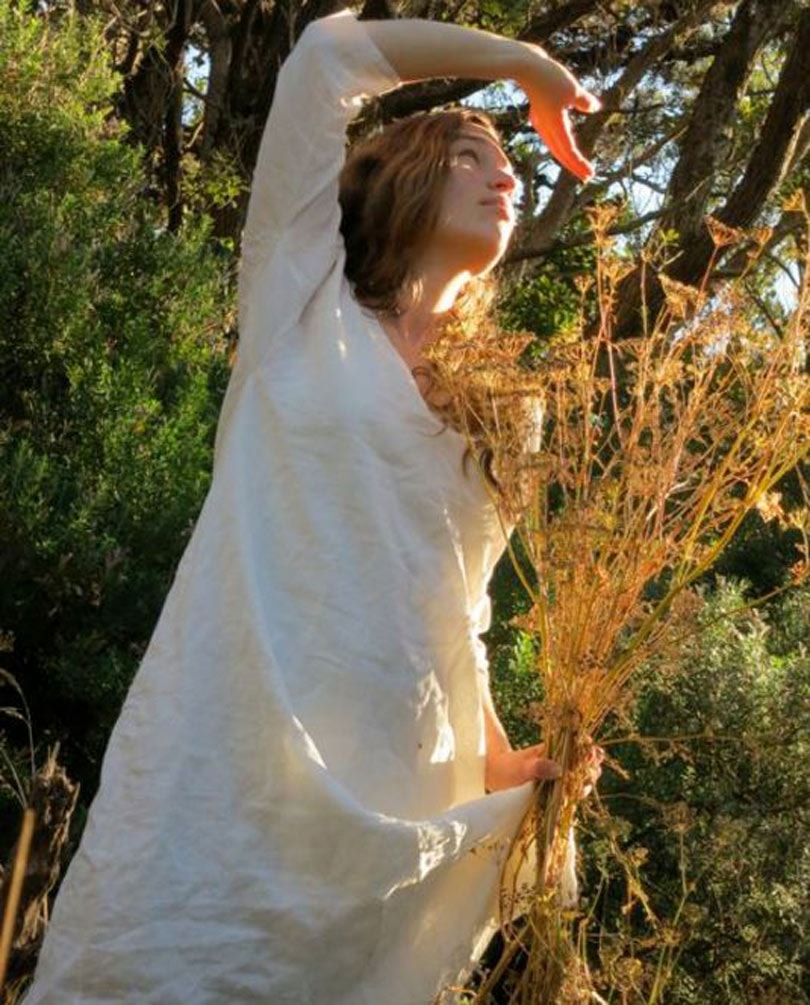 Nettle fibres and yarns are the materials of the future

Since then, the interest in sustainable yarns and cotton alternatives has further increased. "This new trend for stinging nettle fibres has been driven by concerns over the environmental damage caused by the production of fabrics such as cotton. In the hunt for new, ecologically friendly fabrics, stinging nettle fibre has come up smelling of roses," confirms Swiss supplier of nettle fibres and yarns SwicoFil.

And deciding on nettle fibres for garment production literally means going back to the roots as people have worn clothes made from nettle fibres and yarns for the past 2,000 years with earliest traces being found from the late Bronze Age in Voldtofte, Denmark. There is evidence of nettle cloth production in Scandinavia, Poland, Germany, Russia and Scotland as well but also outside of Europe, given that of the three main fibre-producing nettle species - European nettle, Himalayan nettle and Ramie - the latter produces a fine fibre that has been produced commercially in China and Japan for a while now. 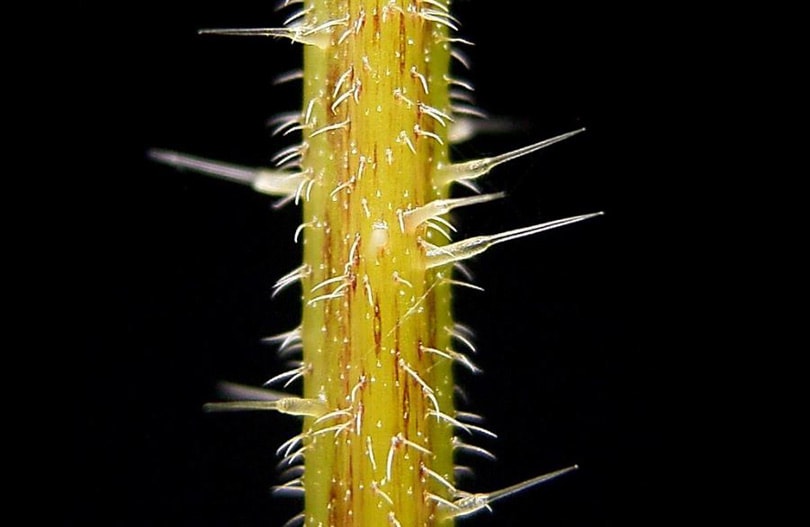 With the arrival of cotton in the 16th century and silk as competitors, nettle fibres, yarns and clothes lost their top position as back then, cotton was easier to harvest and spin. Today, new advances in spinning technologies and cross-breeding has produced super high-fibre plants that are strong, flexible, versatile and a good length for spinning.

During the First World War, nettle clothing had a brief comeback when the German army, due to a shortage of cotton, used it for their soldiers' uniforms. So did the French army under Napoleon, by the way. And they may have been more comfortable than soldiers today as similar to hemp, nettle fibres provide natural air conditioning. How? Well, nettle fibres are hollow, which means they are filled with air inside, which creates a natural insulation. 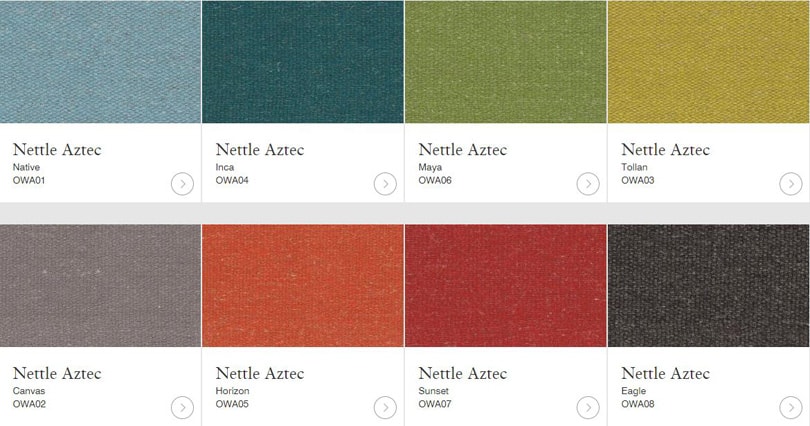 Nettle clothing is cool in the summer and warm in winter

Yarn producers use this property by twisting the yarn lengths closed for cool summer clothes to reduce insulation while using a low twist for winter clothes to keep the hollow fibre open to allow for a constant temperature. Quite clever, isn't it?

But that's not all - stinging nettle fibres are extremely versatile. And unlike >hemp fibres, which we have portrayed recently in our series, there is no legal issue with the cultivation of nettles, which has made the plant a viable and legal cash crop. Plus, like hemp, nettles use much less water and pesticides to grow.

Ray Harwood, professor of the textile engineering and materials research group at Leicester's De Montfort University, believes that nettle fibres, yarns and clothes are the materials of the future. He is involved in the first contemporary British project to develop nettles as a fabric, which is aptly called STING - Sustainable Technologies in Nettle Growing. The researchers have also partnered with furnishing textile producer Camira for Oeko Tex 100-certified nettle fabrics.

In 2004, Florence-based fashion house Corpo Nove introduced jeans with nettle yarn that were a huge hit at Selfridges. Netl, a Dutch fashion label, collaborated with sustainable designer Rianne de Witte for a first collection that featured clothes in vibrant colors and geometric shapes that were a blend of 75 percent cotton and 25 nettle yarns. 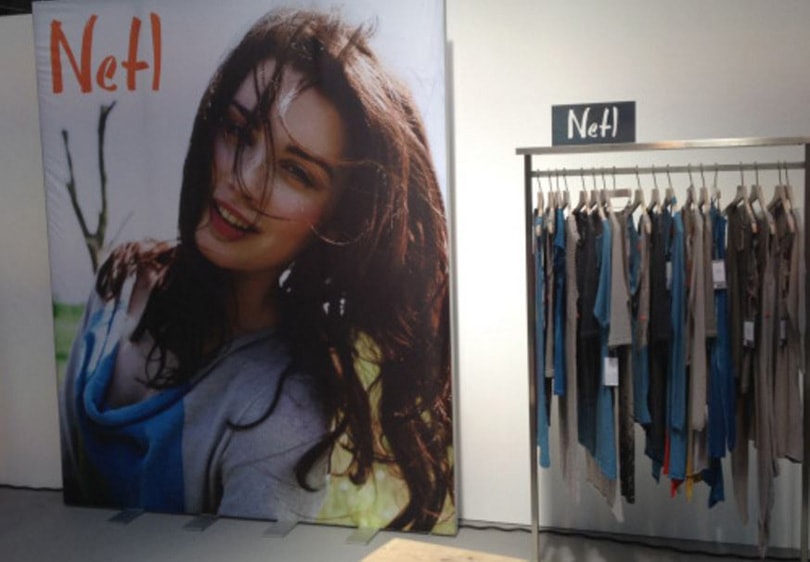 The company even harvested the stinging nettles from its own plantations and had the clothes sewn in factories in Europe that complied with fair labour practices. Because nettle fibres and yarns are easy to procure and use, they are widely used - be it as a mix with other fibres in commercial collections or in their pure form in homegrown designs.

Last but not least, those worried about the sting of the stinging nettles, especially when considering nettle underwear, need not worry at all. "You cut them and dehydrate them, the pressure goes, so there's no sting," explains Harwood. Well, in that case, let the nettle collections come!