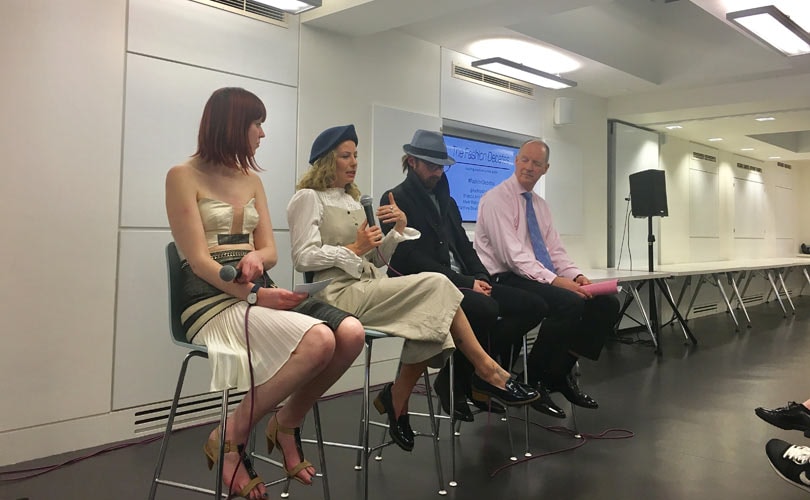 The Fashion Debates have returned for another round of bi monthly events that discuss ethical issues in the fashion industry. This month they tackled an issue that affects so many young people trying to get a foothold in fashion - unpaid work and its effects on the industry. Founded by journalist Olivia Pinnock, the debates have gained a strong reputation, encouraging people to become fashion activists. Past topics have included sweatshop labour, racism and the health of models, and this month, the impact of unpaid internships.

Every 18-24 year old considers, and is often encouraged and advised to undertake an unpaid internship to progress their fashion career, but as many of us are aware, this is an avenue only open to those who have the means of financial support or usually live in or close to London. Whether you are an intern who is currently gaining valuable experience, or someone who is just starting out, the topic of ‘working for free’ is often an uncomfortable one so it’s very pertinent that The Fashion Debates have chosen this subject for their latest event.

What Is Unpaid Work Doing To The Fashion Industry?

The event, held on Thursday 30th March, at the Conde Nast College, London, welcomed industry professionals and fashion students to join a wide ranging panel discussion. The areas for discussion centered on the legalities of unpaid work, which often go unnoticed, the detrimental impact it can have on people’s careers and the wider impact it has on an industry which, as mentioned earlier, is only affordable to the select few. Taking part were Matthew Dowling, CEO of The Freelancer Club, Mark Watson, Partner at Fox Williams LLP Solicitors and Khandiz Joni, Co-Founder of Creative Agency Novel Beings. The event attracted an audience of over 30 and included a number of interns, freelance writers, some design students hoping to own their own label and fashion students, all, with notebooks out, eagerly anticipating hearing the thoughts and opinions of the panel.

Olivia Pinnock opened the discussion by asking the panel at what point did the fashion industry start relying on unpaid work? Matthew, from the Freelancer club, felt it began with young people not having the knowledge or being aware at the start of their decision making, “it stems from awareness”, he said, “10-15 years ago the industry, when I was a fashion photographer, didn't use to be like this. A lot of people don't understand what unpaid work really means and the problem is young people don’t know their value.” Khandiz Joni agreed but she felt the problem was how saturated the industry has become, with so many young people wanting the same jobs. “The problem is that there are so many people going for the same jobs. Everyone is undercutting each other to get the job and it’s doing nobody any good, including the industry itself” she stated. Interestingly she referenced her own experiences starting out in the industry, “15 years ago there were a lot less people going for the same jobs so it was easier.” 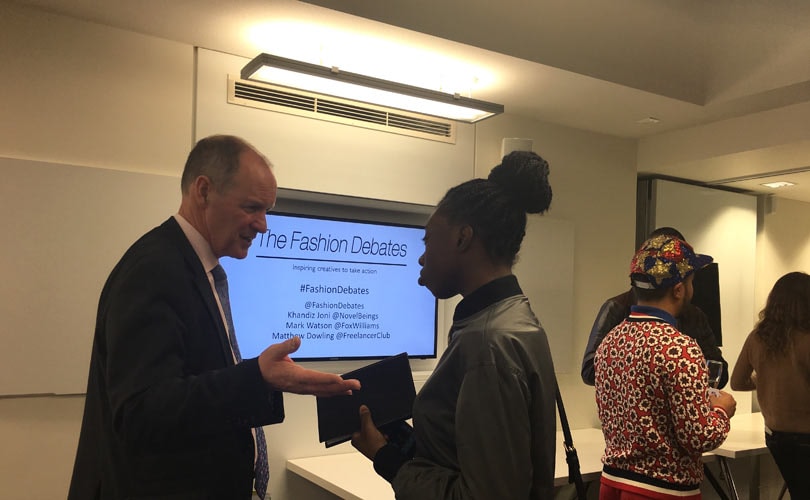 Pinnock invited Mark Watson to share what the law said about unpaid work, suggesting that many may think they know, but are often surprised by the facts. Mark responded by explaining, “there is no definition of the word internship in the law. There is employee, employer, worker and self employed. If you are an intern and you are doing work, you are entitled to the minimum wage and a holiday allowance, however if you are on work experience or shadowing someone in a company you are not.” He emphasized that unpaid work is a misnomer, and told the audience that HMRC targeted fashion companies on the issue of paying the national minimum wage a few years ago. He was emphatic that a change to the law on such employment status was long overdue.

It was clear from the responses in the audience that they were surprised to hear this especially when the audience was made up of experienced freelance writers, ex fashion students of 10 years.

So what does this mean for so many young fashionistas undertaking internships, or hope to do so in the near future? “Has the fashion industry become unaffordable to get into and what advice and tips do you have for students getting an internship?” asked Pinnock. The general advice from the panel was to apply for as many paid internships as you could and get to know your worth. “Is it ever worth doing an unpaid job? If you sell yourself short you’ll always come up short” said Khandiz Joni and Matthew Dowling reminded the audience that “if someone makes money from your time you should be compensated”. Watson also stressed the importance of having a company that has a structure for your internship. “You need to know what they expect from you and importantly they need to know what you expect to get out of the internship.”

Pinnock said that the perception of the industry is that there is lots of money floating around when in reality 2 percent are wealthy and the other 98 percent are simply surviving which is sad because the business side of fashion relies so heavily on the creatives. Dowling agreed and said “the fashion industry has a glamorous feel to it and people believe that the guy behind me will do it if I don't. The point of change is when everyone makes a stand and says no to working unpaid. The fashion industry is at risk of losing some incredible creatives” All agreed that the harsh reality of unpaid work and internships is that it benefits the already wealthy and disadvantages those who simply can't afford to work in the industry. Mark Watson felt the industry has the biggest part to play, that unpaid workers are everyday “fueling the profits of the big fashion brands.” Clearly the real change needs to start at the top in the industry. They need to be accountable and make a change because “creative talent has a value that is currently being undermined, underappreciated and misunderstood” argued Matthew Dowling.

The evening ended with students and panelists mixing and sharing their stories and experiences of working in the industry and trying to get a break or advancing their careers. One audience member questioned if universities were doing enough to support students in their careers. Her experience at had been no careers advice or services and she relayed speaking to another student recently who was about to graduate from London College of Fashion and it appears those services are still not in place. "So come on universities, do your bit too!" Another student explained that working for free in the industry was simply not a possibility as she lives in the North of England therefore would have to relocate in order to intern and without a salary this was impossible. Another student said she had completed a few internships working for free and although she craved a monthly salary she would still work for free if she had to. But as this discussion argued, should you have to? Many of the young people who attended the debate feel they can’t make the change or make big decisions when it comes to the employment laws of the industry but maybe what they can do is act as influencers and encourage employers, politicians, the media to say no to unpaid work and unite, as the main message of this event showed - “Let’s make unpaid work so last season”

By contributing guest editor Hannah Rafter, founder and Editor In Chief of The Intern 247, a website dedicated to giving real insights into the world of fashion. @theintern247 theintern247.com