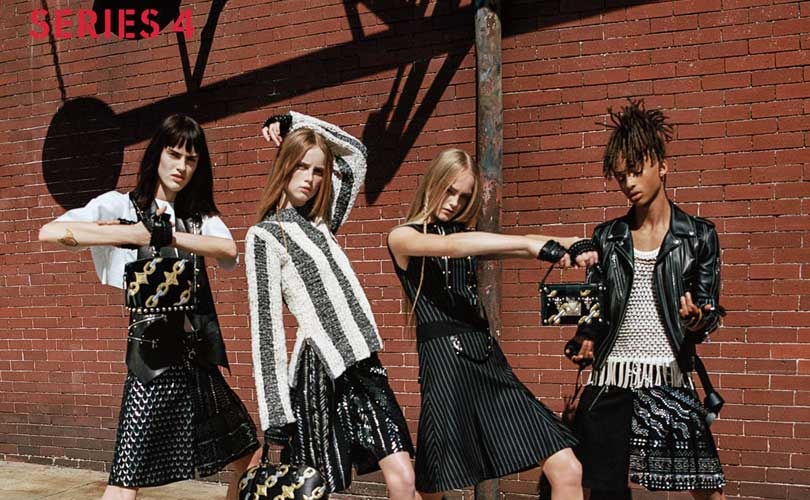 ”There's no such thing as an online retailer or offline retailer anymore. Everyone should become both.” Pernille Kok-Jensen, Trend Director at Dutch qualitative research agency Mare, shared her predictions on the future of retail during the 2018 edition of the Amsterdam-based trade show, Modefabriek.

Kicking off the eye-opening talk, the Trend Director took retailers in the room back to basics with an important reminder: what is a trend? A trend is a change in society or a development in the wants or needs of a new generation. The fashion industry, in particular, relies on trends and sees them come and go with each season.

Pernille, however, was not talking about a color palette or biased cut; rather, she wanted retailers to understand trends of its own emerging consumers’ mindset.

FashionUnited was there to listen to what what Kok-Jensen’s research has shown to be the emerging mindset of the retail consumer:

Consumers of today, and even more in the future, will no longer see online retail as a convenience, but rather as an expectation. Due to the increasingly on-demand lifestyle and expectations of consumers to ‘have it all now’, fashion retailers must be willing to adapt to the speed of products available to consumers as well as how fast it will be delivered to them.

In addition to availability and speed, the fashion retailer should be as transparent with their customer online as they are in a brick-and-mortar location. Kok-Jansen said today's customers expect to receive 'VID treatment'. VID stands for 'very important data', meaning that companies should be careful about the data they collect from customers. While consumers are concerned about the data that is being collected about them, it is impossible to boycott companies for those reasons. Therefore, companies which are transparent about their data collection and what they use the data for will be seen as more trustworthy by consumers.

Today, consumers are constantly bombarded with information. As a result, many have become suspicious of the content they come across and strive to filter the most authentic content. An example of filtering from fashion consumers in particular is using people whom they admire; What are these people buying and from where? "These people like Instagrammers, bloggers or vloggers function as a 'subjective bullshit filter',” commented Pernille. "You see that more and more brands enter into partnerships with micro- influencers, people with around 10,000 followers.

How can you use this consumer trend as a brand? By making what Pernille dubbed as 'brand bandits' possible, people who give their own twist to a brand and curate in that way. Kok-Jensen uses the example of Diesel branded clothing items which were being constantly bootlegged with misspelled prints of “Deisel”. With a sense of humor, the brand opened up a temporary shop with authentic clothing items printed with the misspelled label: “Deisel.” By showing personality and taking the copycats as compliments of the brand’s success, Diesel gained even more fans.

3. Holistically happy: be the best you

Consumers aspire to be the best version of themselves. But what does this mean? Status used to be defined by expensive labels and toting a designer handbag. Today, however more consumers consider doing good for society as more of a status symbol than designer goods. Consumers are becoming increasingly aware of where their items are coming from and want to purchase items that will have a positive impact on the world.

For the millennial generation especially, giving back gives them status, which remains a primal need for humans as a society. Brands like H&M, Adidas and Fabletics are recognizing this trend, by promoting body positivity campaigns or extending ranges of cuts and sizes of offerings.

Kok-Jensen also mentions Lacoste as an example, which changed their signature crocodile logo on polos to a number of other endangered species. The brand aimed to consumer’s attention to the issue in a way that also fits the brand’s identity.

In a world where people are taking in more information and moving faster than ever, consumers want to take a break from this. If they want something done fast, they will shop online, according to Kok-Jensen concept stores are the perfect example of the trend. "You go for a new pair of pants, but you leave with a new haircut." It is the process of discovering something new they did not know they needed, or learning about innovative items.

Consumers are also less concerned with the result of a project or production and more concerned with the process. A brand being open and authentic about problems, failures and imperfections in processes is one that will receive a lot of positive attention from consumers, according to Kok-Jensen. ‘Behind the scenes’ access and transparency of where products come is also something being sought after.

5. Sensory Fetish: allow consumers to use other senses than sight

Today, as a society we are constantly looking at a screen whether it be at a work computer, our smartphones, or televisions. Even if the consumer has not realized it yet, the eyes need a break. One of the more straightforward trend is allowing the consumer to use their other senses.

A perfect example of this is H&M owned brand, COS’ add which put sound to the way that its’ clothing sounds while being worn. IKEA also made use of this trending idea with a video showing how putting together a dorm room of their furniture sounds.

Where status-quo used to be a ruling force, more and more of the world is now challenging this idea and refusing the follow societal norms, according to Kok-Jensen. Labels that might have defined a person such as gender, age, or binary structures are no longer relevant or placing limits on how people act, dress, or shop. Once, certain products and services were seen reserved for a select number of people that are now accessible to everyone.

Changing the image of what is normal and what is strange, according to Kok-Jensen is creating a new playing field. "There is room for experimentation, a rawer tone that goes beyond everything we know." She uses the example of Jaden Smith, son of actor Will Smith, who is the face of Louis Vuitton’s womenswear advertising campaign, yes, dressed in a skirt (see main image).

Another campaign of Japanese clothing brand Buyma featured naked dancers performing a piece from Swan Lake while drones strategically cover their intimate parts. All this with the final message: 'buy clothes'. Show an original way of your products without literally bringing them into the picture.

The new consumer mentalities presented by Kok-Jensen already have and will continue to impact the retail industry. Her advice? Take a look at what makes your brand unique and pick a trend that will easily merge with that. Select a trend that fits your identity without changing it to fit in. Authenticity, remember?