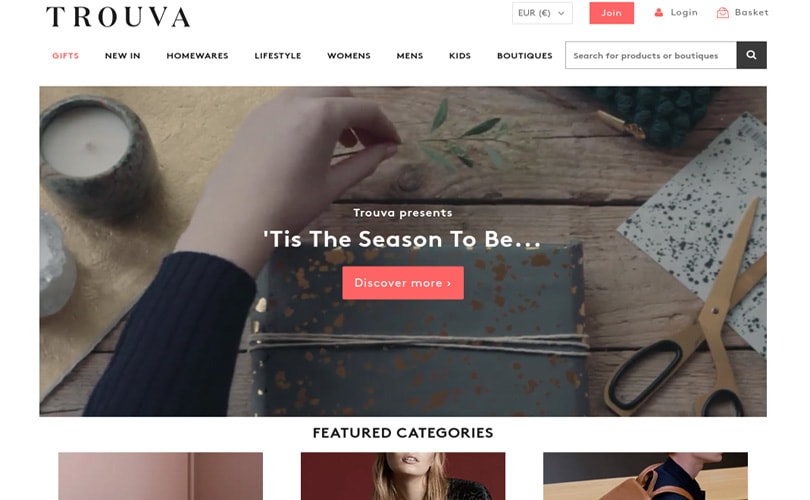 London - Trouva, online marketplace for independent bricks-and-mortar boutiques, has successfully raised 10 million USD in a series A round of funding led by BGF Ventures, which previously backed other leading online retailers such as Asos, Farfetch and Etsy.

Octopus Investments, Index Ventures, and other return investors also participated in the funding round. Trouva aims to use the investment to further develop its software platform for merchants in the UK, as it aims to expand its network of stores across the country, as well as Europe and the US in the future. The company is also keen to set up a new hub in Lisbon, Portugal, as it technology team continues to grow.

“We have to believe that they are truly amazing independents, run by great curators with a strong identity,” said Trouva cofounder Mandeep Singh to VentureBeat. “We want Trouva to become the global destination for the best independent shops in the greatest cities in the world. Whether we’re talking about Montmartre in Paris, Shibuya in Tokyo, or Shoreditch in London, the greatest independents will be united on our global platform.”

Founded in London in 2015, Trouva currently curates from more than 350 stores in more than 100 towns and cities across the UK.