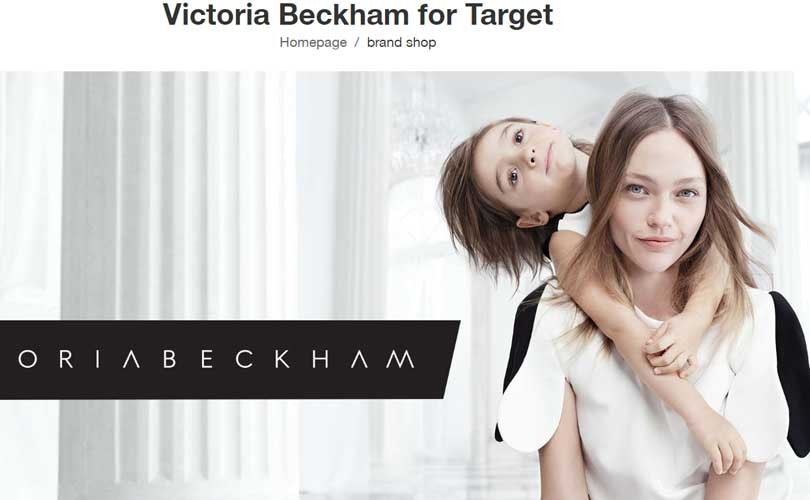 As a matter of fact, the stock rose the most in six months after Target’s first-quarter sales decline was less severe than analysts projected while earnings also came higher than Wall Street’s projections. The company is trying to pull a happy face amidst retail gloom, estimating that store closures and retail bankruptcies have left as much as 60 billion dollars in sales up for grabs, according to a report by ‘Bloomberg Markets’.

Victoria Beckham’s collection, the “biggest in the history” of Target

Target’s CEO Brian Cornell’s turnaround plan for the company consists of lowering prices, refurbishing more than 600 locations and introducing a dozen new exclusive brands. On the latter, Cornell said when presenting the first-quarter results that the exclusive apparel line from designer Victoria Beckham, “was one of its best collaborations ever,” adding that the Beckham collaboration was “one of the biggest in our history,” selling particularly well online.

This initiative has been a successful one, oriented towards differentiating its apparel offerings from rivals with designer collaborations, according to the ‘Financial Times’.

When first reported on the success of the VB x Target collection, Joshua Thomas, a Target spokesman, said online sales for the collection by the former Spice Girl have already broken a company record for sales of a design partnership.

For the British designer, her VB x Target collection meant her first foray into the budget market, as well as her debut with children's wear. "I am overwhelmed by your response," tweeted Victoria Beckham on launch-day.