VF Corporation for the full year ended January 3, 2015 reported revenue rise of 8 percent to a record 12.3 billion dollars, compared with 11.4 billion dollars in 2013, driven by continued strength in our Outdoor & Action Sports coalition, and international and direct-to-consumer businesses. On a currency neutral basis, revenue increased 8 percent for the year. In the fourth quarter, revenues rose 9 percent to 3.6 billion dollars and on a currency neutral basis, revenues increased 11 percent over the 2013 quarter.

“Our powerful brands and the competitive advantage of our business platforms combined with our relentless focus on operational excellence delivered another year of strong returns for our shareholders,” said Eric Wiseman, VF Chairman, President and Chief Executive Officer, adding, “Our four largest brands: The North Face, Vans, Timberland, and Wrangler, along with many of our other brands, were strong performers as we grew our business in every region and channel around the world. We are very pleased to report that Vans passed the 2 billion dollar mark in 2014 to become VF’s second 2 billion dollars brand along with The North Face. 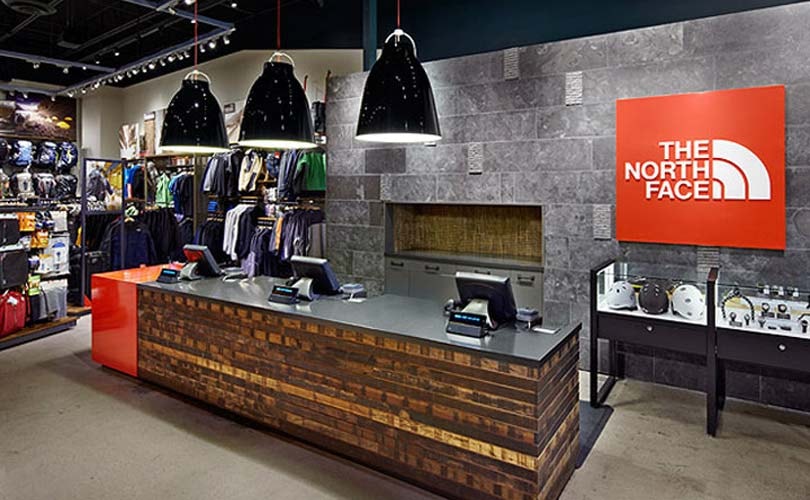 Revenues for the Vans brand in the fourth quarter were up 17 percent or 20 percent on currency neutral basis with 30 percent growth in its direct-to-consumer channel and strong wholesale growth. Revenues in the Americas region were up 20 percent in the quarter, up more than 50 percent in the Asia Pacific region and down slightly in Europe due to the changes in foreign currency. On a currency neutral basis, Vans brand revenues in Europe were up at a high single-digit rate in the quarter. Revenues for the full year were up 17 percent.

Global revenues for the Lee brand in the fourth quarter were up 2 percent or 5 percent currency neutral driven by a high single-digit percentage increase in Asia Pacific and a high single-digit percentage increase in Europe. This was offset by flat results in the Americas region where the business continues to work through ongoing challenges in the US mid-tier channel. For the full year, global Lee brand revenues were down 2 percent or1 percent currency neutral at 1.0 billion dollars.

Operating income for Jeanswear in the fourth quarter rose 5 percent to 142 million dollars. Operating margin increased 40 basis points to 18.7 percent in the quarter, and was down 60 basis points for the full year to 18.8 percent due to challenges primarily related to the US business. Imagewear revenues were up 4 percent and up 5 percent currency neutral in the fourth quarter to 298 million dollars driven by particular strength in the Licensed Sports Group (LSG) business. For the full year, revenues for the Imagewear coalition were up 4 percent to 1.1 billion dollars including growth in both the Image business driven by new product introductions in Red Kap and Bulwark brands and the LSG business, which had strong demand for National Football League and Major League Baseball products.

Sportswear fourth quarter revenues increased 4 percent to 215 million dollars. Nautica brand revenues were flat with a low-teen percentage rate increase in the direct-to-consumer business being offset by a high single-digit decline in wholesale sales. The Kipling brand’s US business achieved a 25 percent increase in revenues compared with the same period last year. For the year, Sportswear coalition revenues were up 4 percent. Globally, the Kipling brand grew 13 percent in the fourth quarter, up 18 percent currency neutral. Contemporary Brands coalition fourth quarter revenues were down 1 percent and up 1 percent currency neutral, to 107 million dollars.

For the fiscal year 2015, VF expects revenue to increase by 8 percent on a currency neutral basis or up 3 percent on reported basis. Direct-to-consumer growth in 2015 will be driven by approximately 150 store openings, comp store growth and an expected increase of more than 30 percent in e-commerce revenues. Gross margin is expected to improve by 40 basis points to reach 49.2 percent, which includes a 30 basis point headwind from changes in foreign currency. Earnings per share, on a currency neutral basis, is expected to increase 12 percent (up 4 percent reported) compared to an adjusted EPS of 3.08 dollars in 2014. VF’s Board of Directors declared a quarterly dividend of 0.32 dollars per share, payable on March 20, 2015.