What does the EU's Green Deal mean for the textile industry?

The European textile industry has to waste less and recycle more after being highlighted as a key sector by the European Commission in its industrial strategy for a transition to a circular economy. With the Commission's new plan, voluntary green initiatives by the textile industry could become legally binding in the future.

In its plan for a European Green Deal, the Commission outlined a varied set of measures for resource-intensive sectors varying from construction to textiles. They all aim to align the industries with the EU’s goal to become the first climate-neutral bloc by 2050.

The Commission wants to extend the responsibility of textile companies and push them to offer reusable, durable and repairable products, according to the Green Deal plan published on Wednesday. Waste needs to be reduced and, where it cannot be avoided, recycled. The EU also aims to empower informed consumer choices while tackling ‘green washing’.

The European Union strives to become a world leader in the circular economy as part of the Green Deal set out by the new Commission. Under the plan, the EU aims to be climate-neutral by 2050 by making its industries greener with the help of digitalisation.

While the plan of the EU is ambitious, “the real question is how it is going to be put in place,” Mauro Scalia, director sustainable business at Brussels-based textile association Euratex, said by phone. “One thing is discussing ambitions for zero-pollution, the other thing is to see how this will be addressed in the real legislative process – whether there will be soft policy or hard regulation.”

The sustainable products policy will support circular design based on a common set of methods and principles, said the EU. Waste will be prevented by reducing and reusing materials with companies being encouraged to offer reusable, durable and repairable products. New business models based on renting and sharing goods and services may also help to reduce waste “as long they’re truly sustainable and affordable”.

The EU has tapped into an area that textile companies have been increasingly exploring in recent years. Fashion retail giant C&A has sold more than four million pieces of circular Cradle to Cradle garments, while competitor H&M started testing a renting service last month at its Stockholm flagship store. These pioneering efforts, however, are still in their early stages and are still relatively niche in the 1,9-trillion-dollar clothing market. Less than one percent of material used to produce clothing is currently recycled, according to a report by the Ellen MacArthur Foundation. Typically, clothing design doesn’t take recycling into consideration.

The EU hopes to boost demand for circular products by encouraging public institutions to lead by example with their purchases. By fitting police or hospital staff with greener uniforms, for example, European countries could help textile companies to make the investments that wouldn’t be made when demand was uncertain, said Scalia. 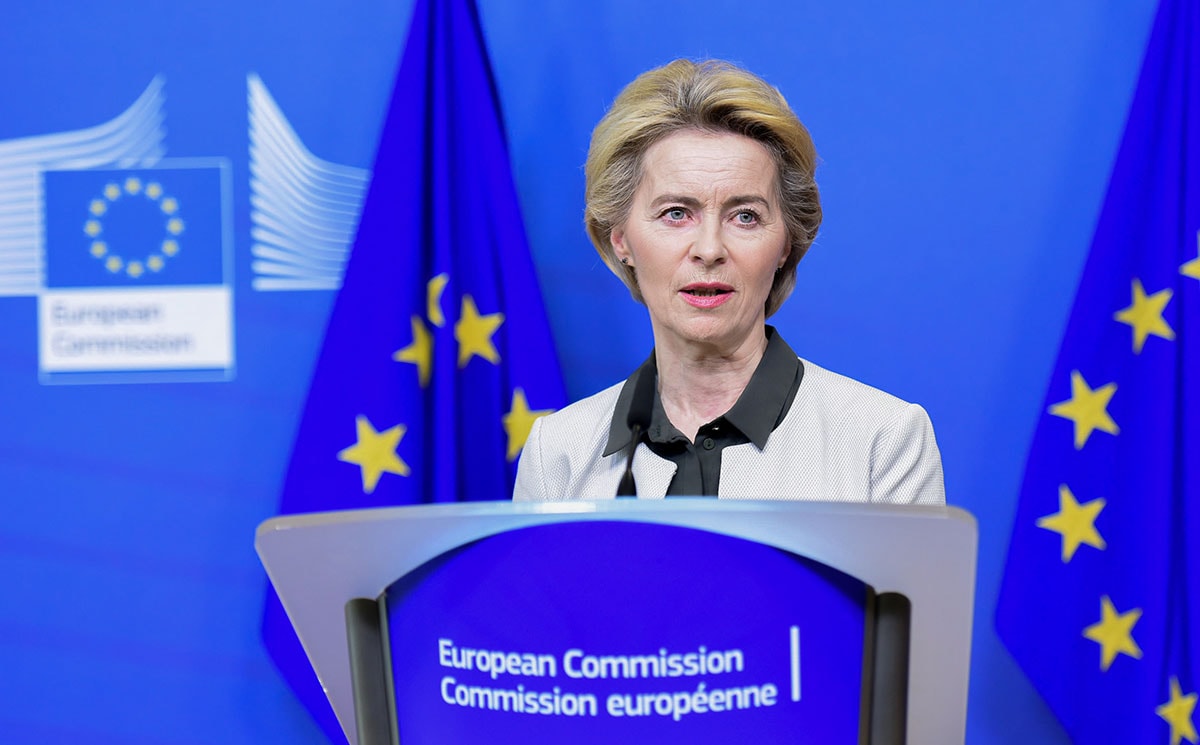 Comparable and verifiable information could also help consumers to make more sustainable decisions, according to the EU. An electronic passport, for example, would provide information on a product’s origin, composition, as well as its repair and dismantling possibilities, and end of life handling, said the EU roadmap.

While various fashion companies such as Zalando and PVH Corp have tested the use of blockchain amongst other technologies in the supply chain to offer trustworthy information, projects have remained in their pilot stages so far and haven’t been widely implemented.

The EU also hopes to reduce “green washing” as companies begin to use a common standard to assess green claims. While the Commission said it will step up efforts to tackle false green claims, it’s still unclear which standards might be used for textiles.

Apparel associations now hope that the Higgs Index could be recognised as standard measurement for sustainability, according to a paper published by the Policy Hub, which is backed by lobbies such as the Sustainable Apparel Coalition, the Federation of the European Sporting Goods Industry and the Global Fashion Agenda.

The EU Commission considers new legislation to reduce overpackaging and waste. Packaging in the EU has to be reusable or recycable by 2030 and measures against single-use plastics will be implemented. The circular economy action plan also seeks to increase recycling of used materials and by-products by considering legal requirements to boost the market and looking into waste collection.

One factor limiting the widespread use of recycled materials remains their higher price compared to virgin materials. With the circular economy plan, the textile industry is now hoping for additional public funding for technology research and tax reductions for circular goods and materials, as papers published by lobby groups Euratex and the Policy Hub show.

While the plan for the Green Deal published on Wednesday laid out circular measures for a wide range of industries, it remains to be seen when any specific regulation for the textile industry will be announced. More information on the Circular Economy Action Plan will be provided in March 2020, said the EU Commission.

“The Green Deal is very ambitious but also very careful in assessing the impact and every single step we’re taking,” said von der Leyen on Wednesday. “This is Europe’s man on the moon moment.”