Comme des Marxists, an exhibition by New-York based artist Rainer Ganahl, is coming to the UK for the first time, as part of the 10-year anniversary of the Centre for Sustainable Fashion (CSF) at London College of Fashion.

Ganahl is best known for his humorous criticism of consumerism. In Comme des Marxists, he draws inspiration from famous fashion houses and designers such as Karl Lagerfeld, Hermès and, of course, Comme des Garçons, to analyze the connections between politics, design and conspicuous consumption. The industrial revolution, the Rana Plaza factory collapse in Bangladesh and even whistleblower Edward Snowden are referenced in the exhibition.

“My work on Comme des Marxists addresses social realities expressed through the medium of fashion”, said the artist on the London College of Fashion blog. “I am naturally interested in social relationships that deal with class, power, gender, race, education and technology”.

To celebrate CSF’s 10th anniversary and the first presentation of Comme des Marxists in London, Ganahl created two T-shirts, which can be purchased on the school’s website or directly at the exhibition. The artist also revealed he would like to develop a full clothing line in the future. “As much as I see myself as an artist and not a fashion designer, I would love to create a fashion line that embraces my concept for the future of fashion. One that anticipates flooded cities in which the lower part of the outfit protects us from poisoned waters and the upper part protects us from lethal boiling radiation”, he wrote on the blog. 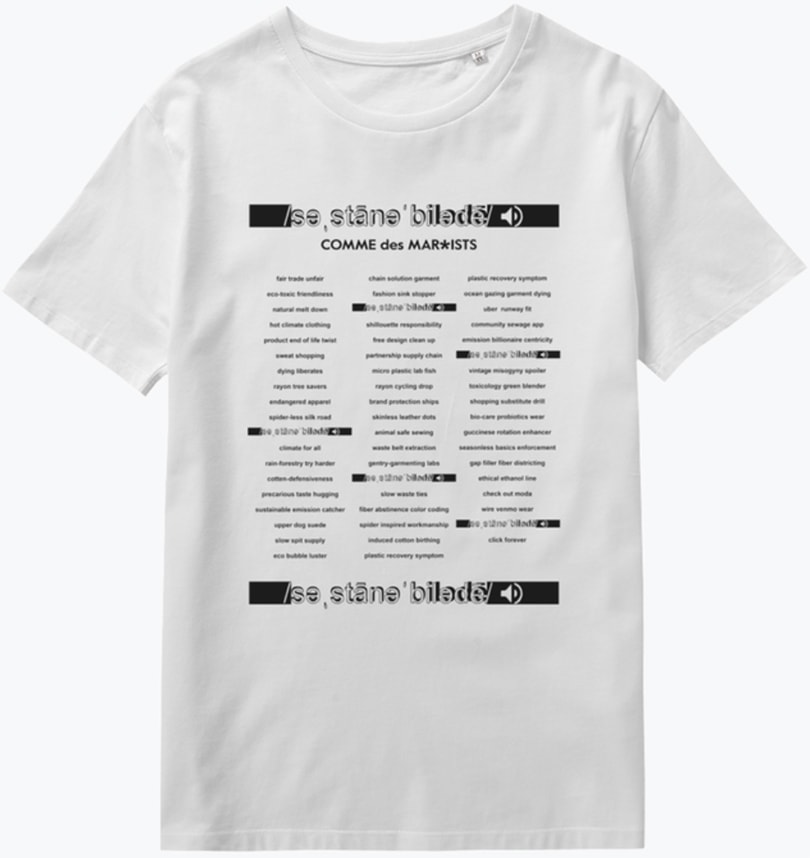 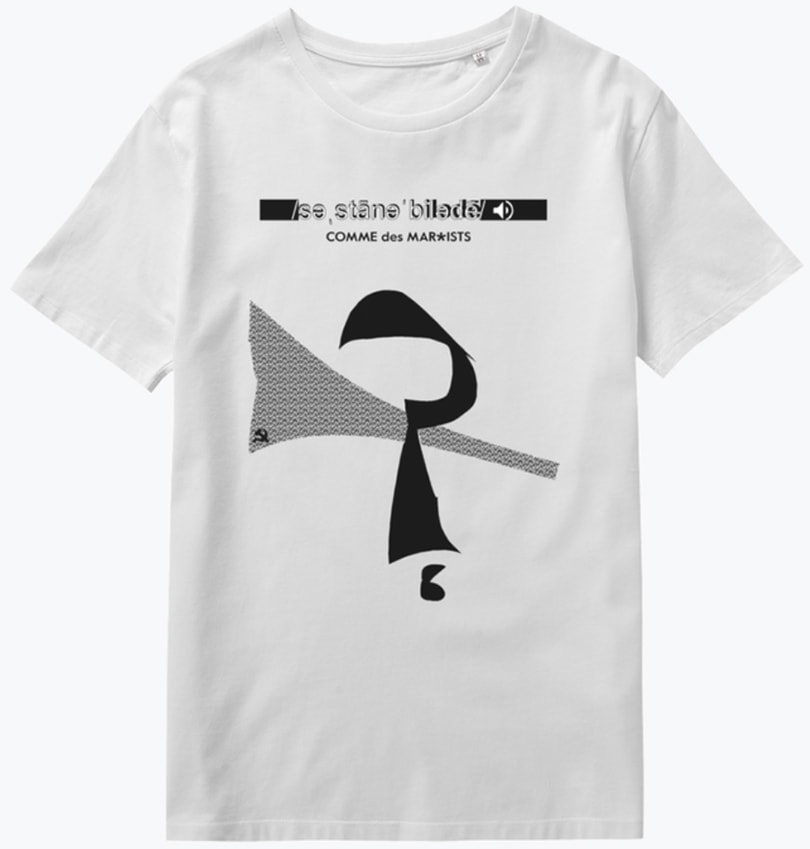 Comme des Marxists is open from October 5 until January 12, 2019, at the Fashion Space Gallery at London College of Fashion.