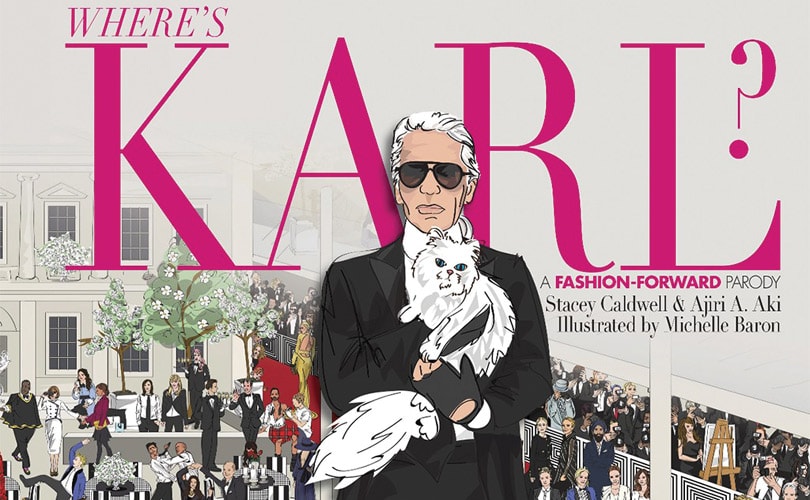 London - Proving that the industry still has a sense of humor, comes the new fashion book which parodies the well-known children's series "Where's Wally?" (known as Where's Waldo in the US) "Where's Karl?"

Created by Ajiri A. Aki and Stacey Caldwell, with illustrator Michelle Baron, the book depicts the famous Karl Lagerfeld in numerous different situations around the world and asks its readers to help the fictional fashion blogger Fleur find him.

In addition to spotting the iconic designer in his established uniform of a crisp white shirt, tailored black suit and black sunglasses, readers can also spot some of the industry's most well-known individuals such as Anna Wintour, Woody Allen and Beyonce in events ranging from the Met Gala in New York to the snowy slopes in St.Moritz.

Published by Penguin Random House, "Where's Karl" is set to launch on September 15, 2015 and is currently available for pre-order on Amazon.