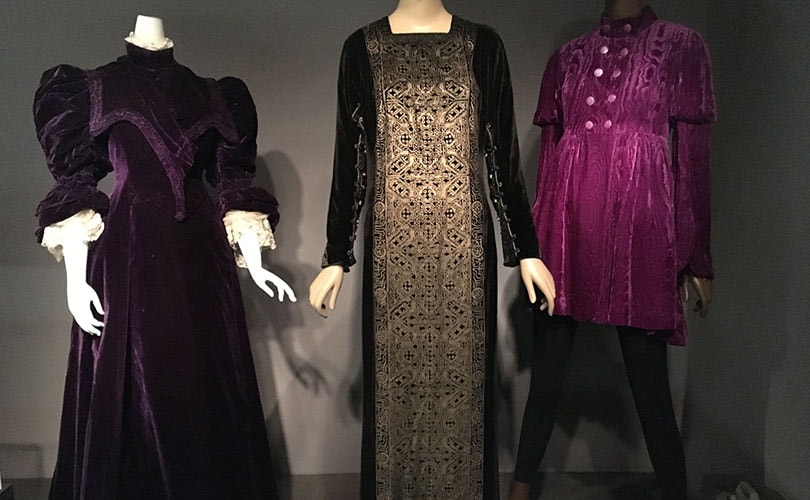 “Before the 20th century, stylish women who consumed Western fashion were well-versed in cloth. They could easily distinguish between fibers and weaves and were knowledgeable about the origin, quality and costs of the fabrics they wore.” So reads the introductory statement in the Fashion Institute of Technology’s “Fabric in Fashion” exhibit which opened this week, and makes the point that we no longer possess such knowledge despite consuming more fashion than ever before. Through a collection of historical and contemporary garments, flat fabric swatches, and film the exhibit brings us on a centuries-spanning tour of fabric’s major innovations. 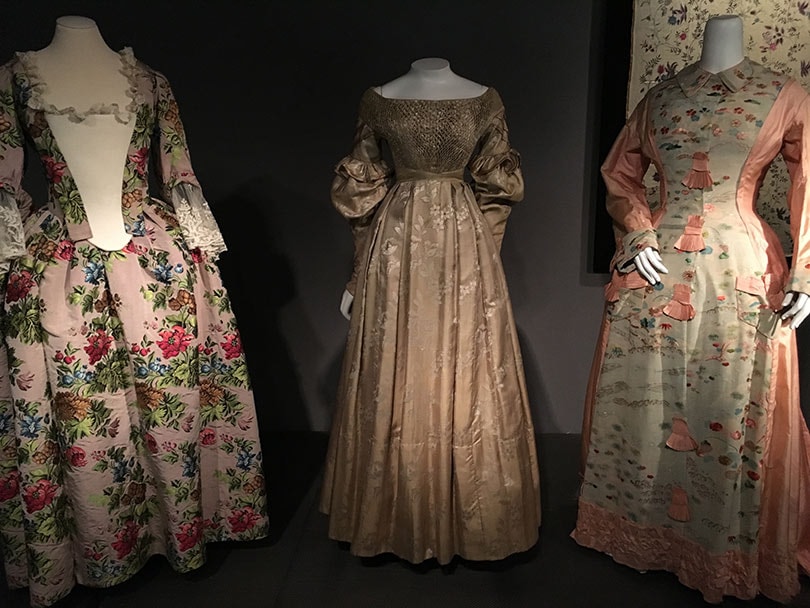 The opening display features a copy of a mid-eighteenth century court dress upon which are projected three centuries of patterns from around the globe––contemporary Nigerian motifs, a mid-18th century paisley from India, cheetah fur, pop art print, Ghanaian Kente––demonstrating how pattern alone can transform a garment.

The exhibit is divided into four sections: silk, cotton, wool and synthetics. It begins by tracing the history of silk which for centuries was considered the height of luxury, originating 7000 years ago in the Old World, and arriving in the West via a route known as the Silk Road. Chinese brocades, satins, velvets and damasks were highly coveted in Europe until France and Italy grew capable of creating their own silk manufacture in the 18th century. 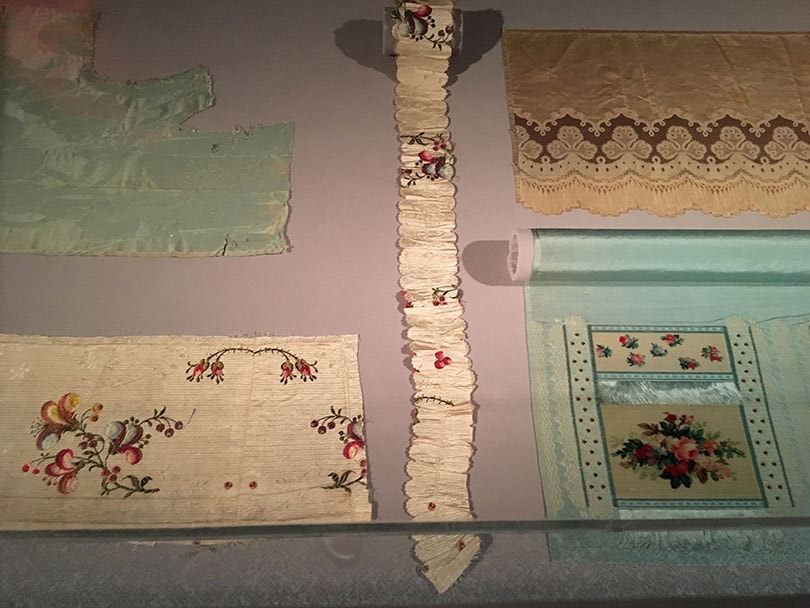 Wool’s importance to the British economy originated in the Middle Ages due to the fiber’s heat providing qualities and suitability for tailoring, its ubiquity enduring until after the British colonization of India, when a new fiber replaced wool. The cotton plant had been domesticated in Asia, Africa, and parts of the Americas since 3500 BCE, and its popularity grew during the second half of the 18th century and throughout the 19th as a result of its accessibility and how successfully it accepted color. The exhibit also covers the downside of cotton’s popularity––global exploitation and the a enslavement of African cotton workers in the Americas.

Fabrics in fashion on display in new exhibit

Post-industrial revolution, a 19th century fabric boom occurred with the birth of synthetic fabrics. Rayon, the first man-made fiber, with its silk-like appearance was an inexpensive and durable alternative for dresses and blouses, eventually ushering in petroleum-based wonder fibers offering performance and futuristic aesthetic, nylon, polyester, and plastics. They seem much less wonderful under a 21st century lens as they have proven to be non-biodegradable, highly toxic to the environment, and contributors to climate change. 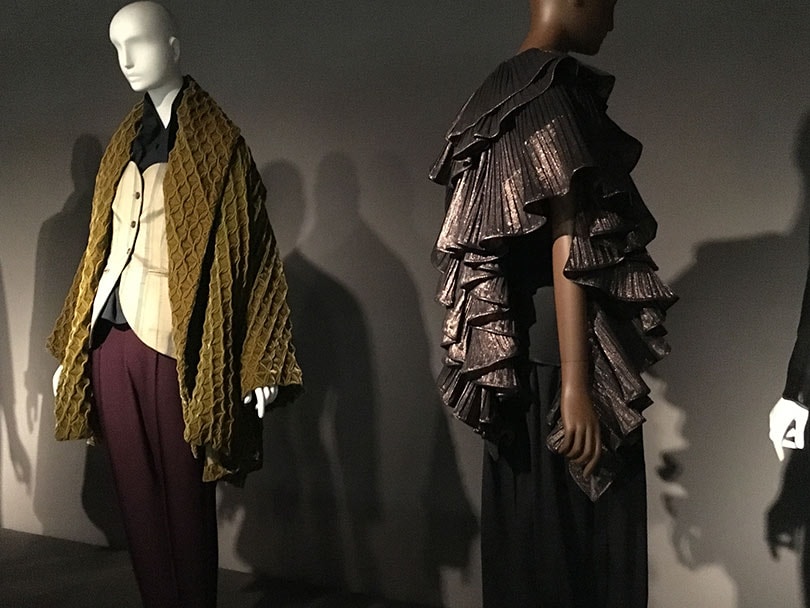 From centuries of court dress and daywear to the 2017-18 winner of the International Woolmark Prize, Bodice, the garments on display reflect how each fabric effected the fashionable silhouettes of the time, the versatility of fibers, and are examples of innovation and novelty. On show is the work of designers such as Christian Dior, Balenciaga, Elsa Schiaparelli, Mariano Fortuny, House of Worth, Stephen Burrows, Romeo Gigli, Azzedine Alaia, Isabel Toledo, Mila Schön, Issey Miyake, Missoni, and Alexander Wang.