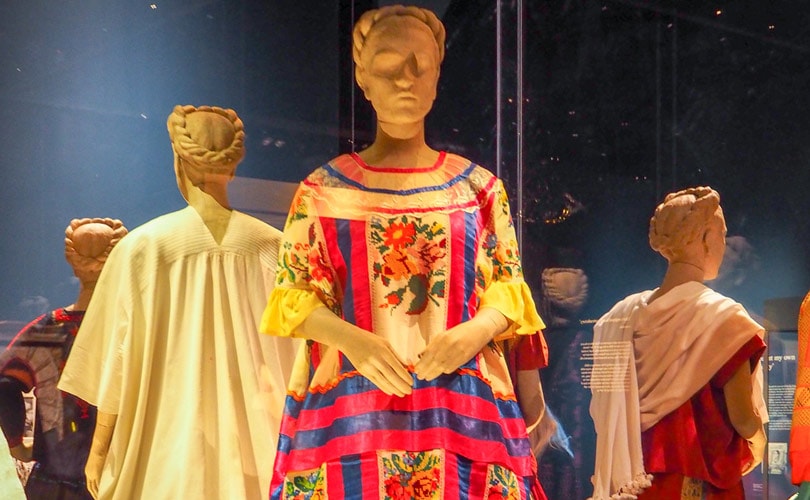 Inside the Frida Kahlo exhibition at the V&A

The V&A has opened a retrospective on Mexican artist and style muse Frida Kahlo, which tells the story of her life through more than 200 of her personal artefacts and clothing, many of which haven’t been displayed outside of Mexico.

The ‘Frida Kahlo: Making Her Self Up’ exhibition places emphasis on her intimate possessions, many of which were discovered in 2004, after being locked away in the ‘Blue House’ for 50 years following her death in 1954. The discovery took historians four years to catalogue the 6,000 photographs, 12,000 documents and 300 items found, and these included personal items such as outfits, jewellery, cosmetics, medicines and her medical corsets, many of which are on displaying including her choice of lipstick, Revlon ‘Everything’s Rosy’ incase your were interested.

The exhibition explores every aspect of Kahlo’s life, from her childhood growing up with a German father and Mexican mother to her illnesses from contraction of polio at the age of six to her near-fatal accident at 18, which rendered her bed-bound and immobilised for protracted periods of time, to her marriage to artists Diego Rivera, and her sense of cultural pride in being Mexican. 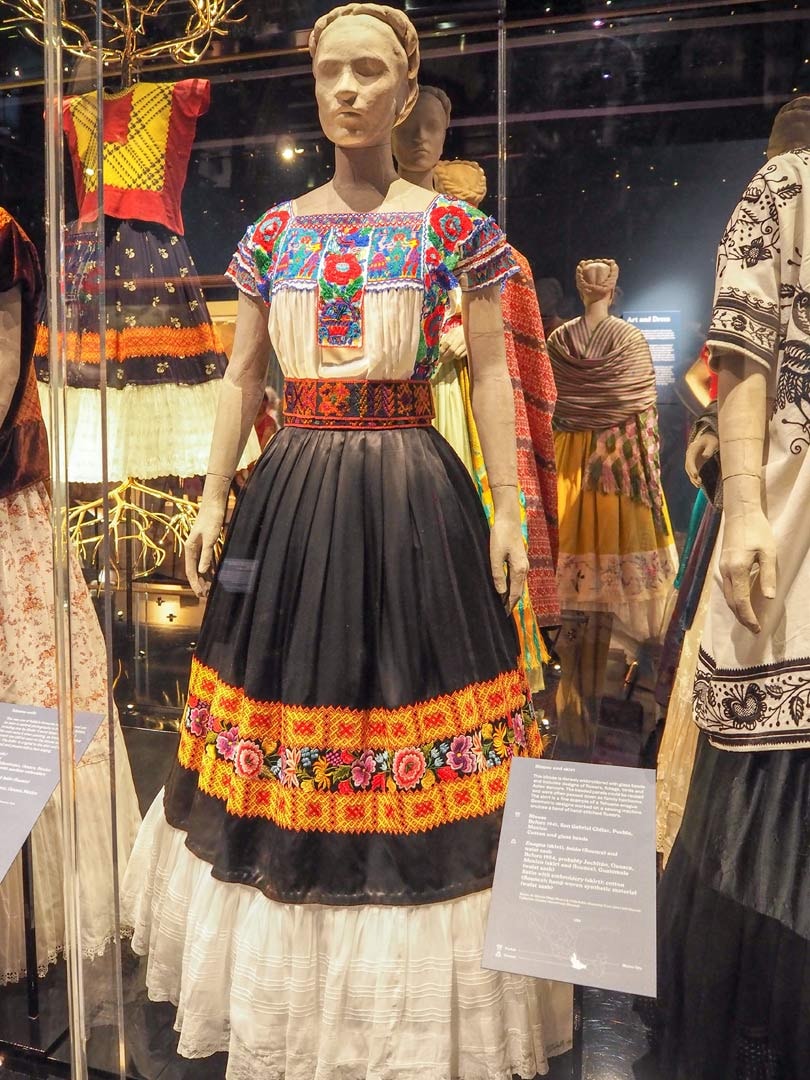 The opening section of the exhibit focuses on photographs from Kahlo’s life, where you see the Mexican artists struggle with health, with her legs in callipers, confined to a wheelchair and even confined in bed. Something which many visitors might not realise about the artist, who more often than is depicted with a floral crown and big brows, as Kahlo’s face is emblazoned on everything from tote bags to jewellery, cushions and even T-shirts, many of which are on sale in the V&A shop as soon as you exit the exhibit. 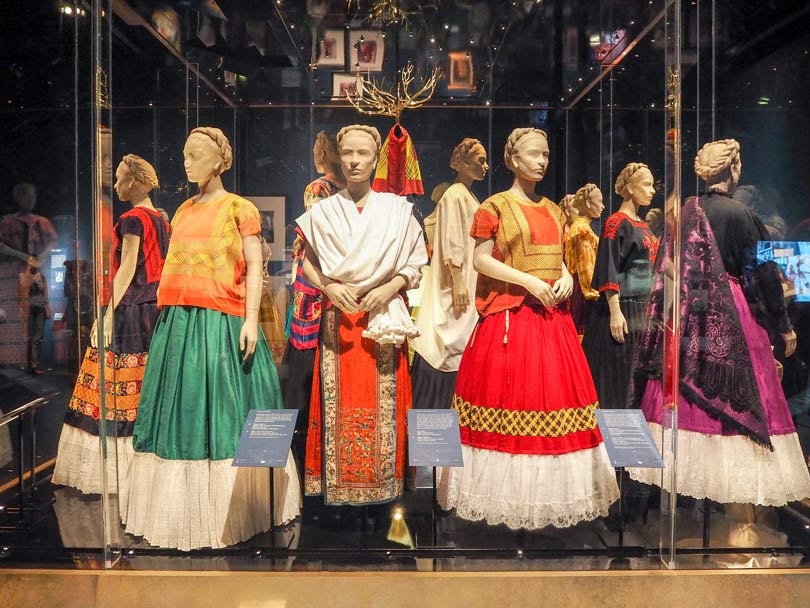 The focus is definitely on her iconic image, her clothes, her make-up routine, and even her prosthetic leg, complete with an embellished red boot on it. But as nice as it was to see Kahlo’s traditional Mexican clothing and statement jewellery, as such an influential female figure of the art world, someone who is known globally as a revolutionary and bold artist, some visitors to this exhibition might be a little disappointed that the focus wasn’t on her art work, which is a little lacking. 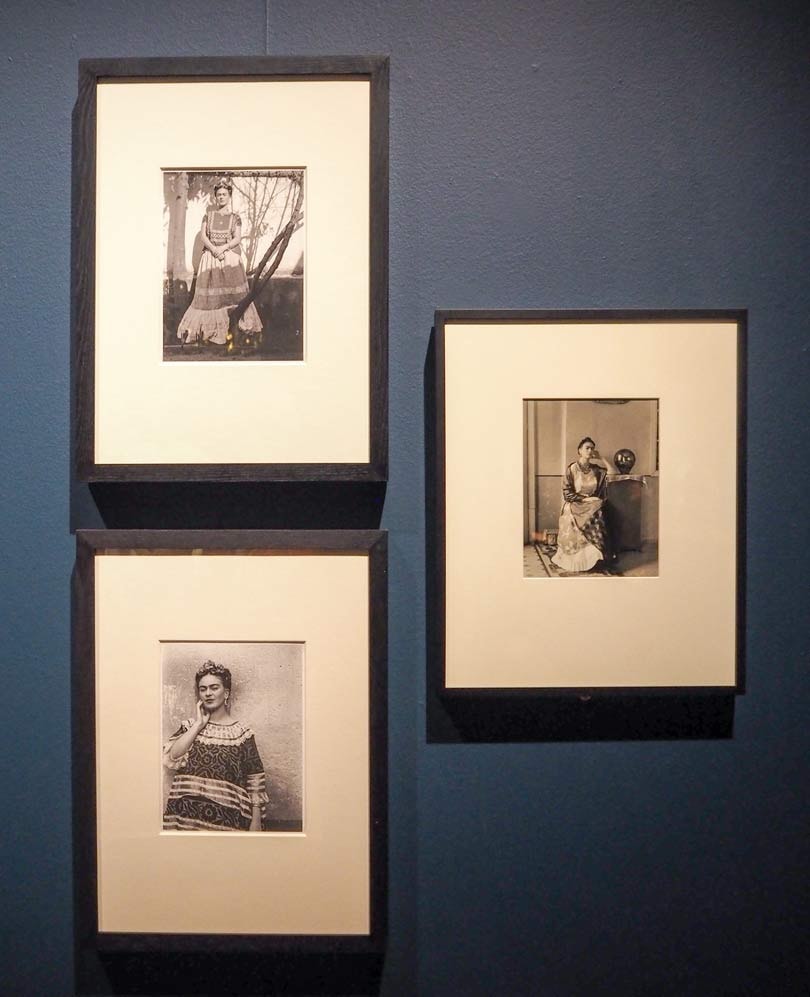 However, Kahlo does has this alluring mystery about her, yes, most people will recognise her face, primarily from her lack of eyebrow grooming, and they may even own a cushion or two, but do they really know anything about her? The V&A is trying to change that with this retrospective to explore her self-made iconography, presenting her determination and passion to create, despite tremendous health and personal problems.

Claire Wilcox, senior curator of Fashion at the V&A and the exhibition curator, said in the exhibition show notes: “A countercultural and feminist symbol, this show offers a powerful insight into how Frida Kahlo constructed her own identity. This exhibition is a rare opportunity for visitors, offering unique access to an archive that has never left Mexico before.” 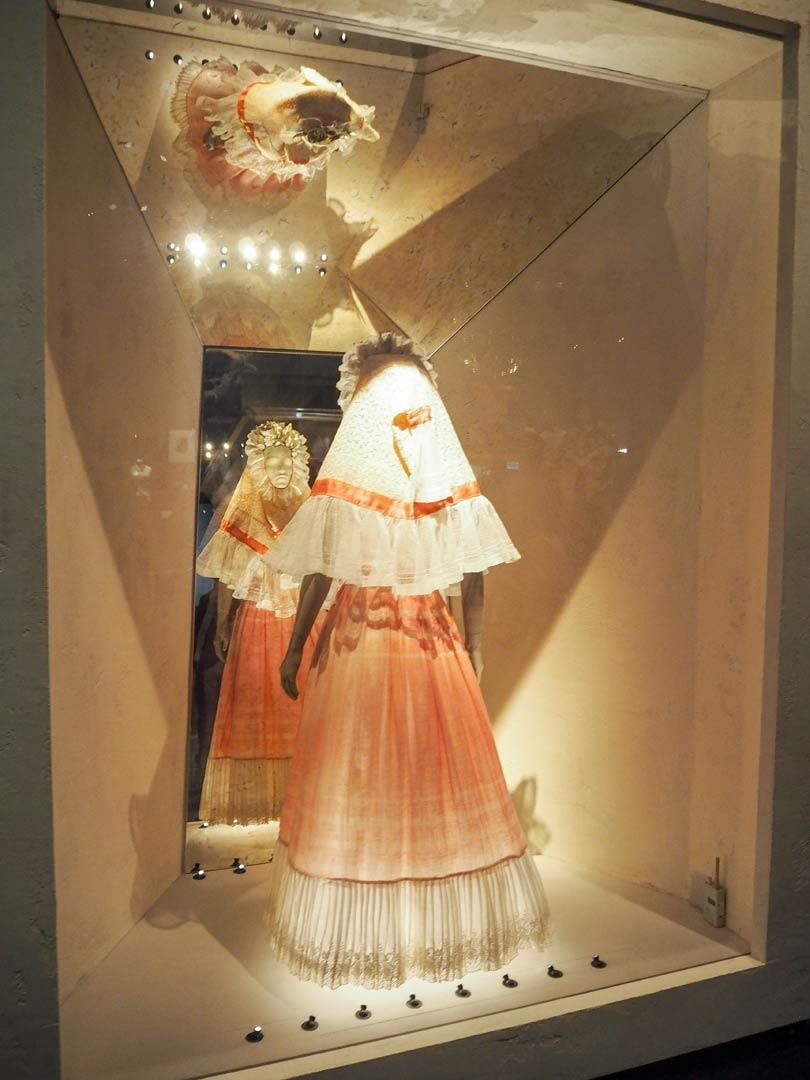 Her fashion, from her traditional Mexican shawls to embroidered square-cut tops and long flouncing skirts, are also very thought out, with the exhibition showcasing how her “highly choreographed appearance and style” emphasised her cultural pride and political ideology following the Mexican Revolution. 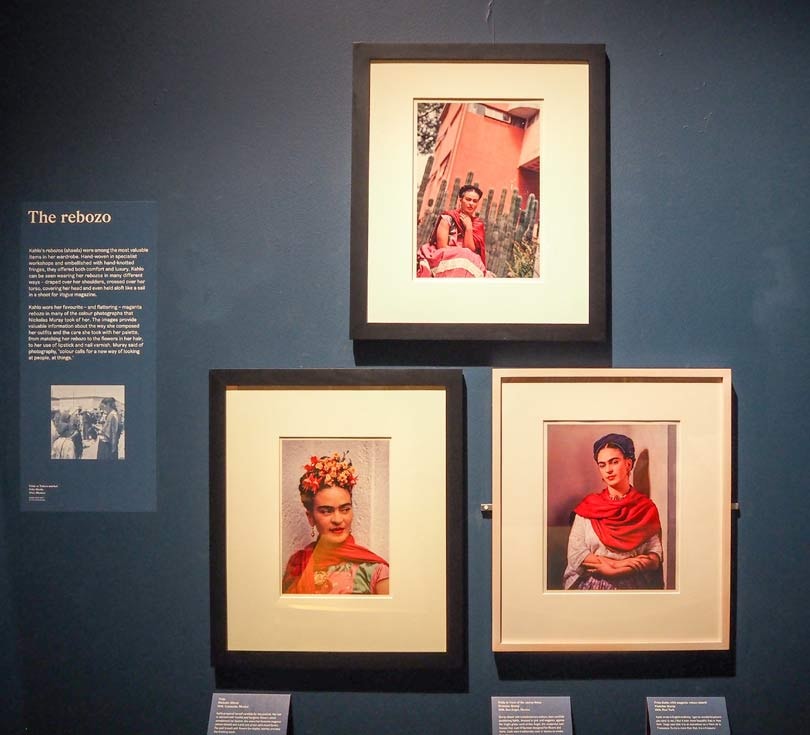 Highlights include 22 distinctive colourful Tehuana garments from blouse-like tunics to floaty skirts, pre-Columbian necklaces that Kahlo strung herself, as well as her intricately hand painted corsets, and a resplandor, a ceremonial headdress made from three types of white lace and trimmed with pink ribbon, seen in the exhibition with a matching Tehuana-style skirt. 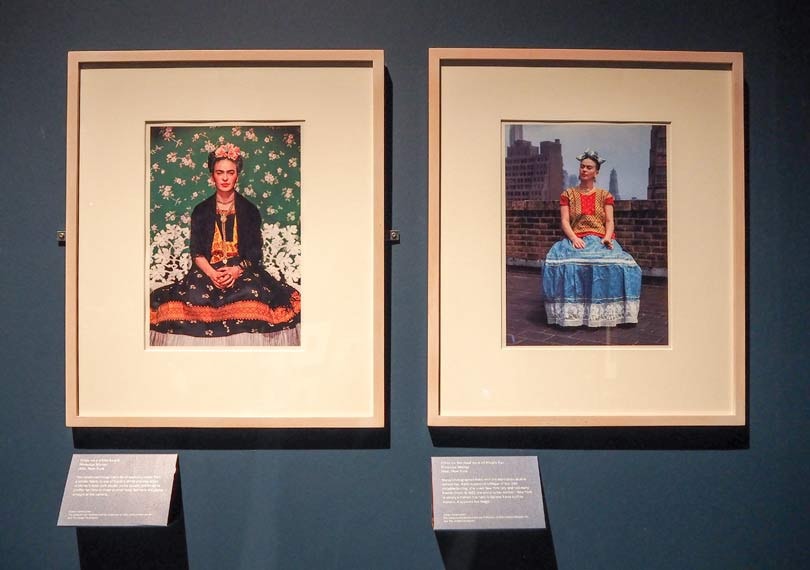 Circe Henestrosa, exhibition co-curator, added: “The exhibition will be a very personal experience with deeply individualised objects on show, particular her corsets, which she decorated and painted, making them appear as though she had explicitly chosen to wear them. She included them in her art and in the construction of her style as an essential wardrobe item, almost as a second skin.”

The ‘Frida Kahlo: Making Her Self Up’ exhibition runs at the V&A Museum in London from June 16 to November 4, 2018.