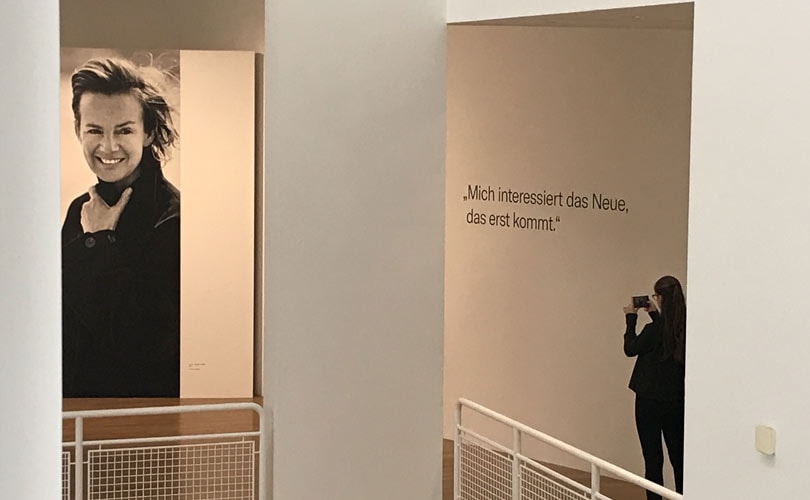 The first solo-exhibition of German fashion designer Jil Sander opened in Frankfurt on November 4. Jil Sander worked for one and a half years developing the exhibition which strives to be more than just a retrospective. Instead, she decided to create a new piece of work using fashion, light and sound which blends in seamlessly with Richard Meier’s museum building.

The multifaceted oeuvre of one of the most influential designers of her generation unfolds across 3,000 square metres and has been divided into the spaces such as catwalk, collection, or architecture. 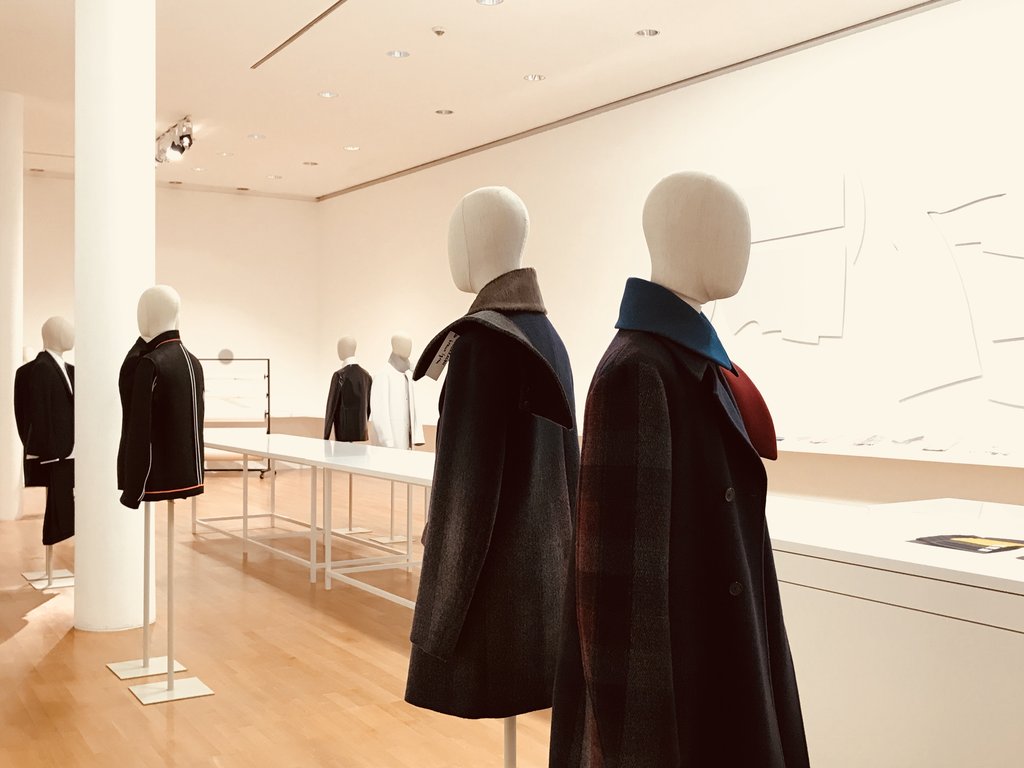 Jil Sander engaged intensely with material from research to the development of new fabrics and this shows in the “Studio”. She liberated women from ephemeral decor by combining delicate cashmere and subtle colored fabrics to simple designs that shall protect the wearer.

“If, in my long experience of design, a personal signature may have emerged, then it is in pattern making. These are my own formulas, which I repeatedly perfect and above all re-design. What in the end looks simple and obvious is the result of long experimentation.” 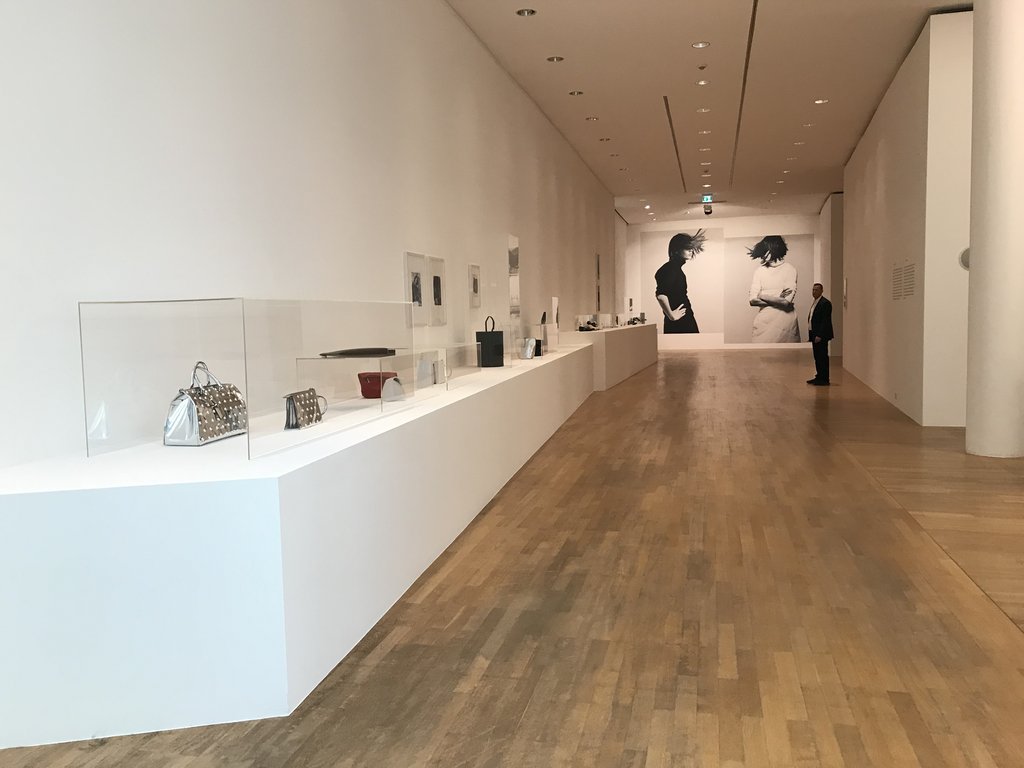 Decades after their first presentation, Jil Sander’s dresses, coats and shoes still seem up-to-date and wearable. Her exhibition is named “Present” as it shows a fully new oeuvre and how timeless her designs presently are. 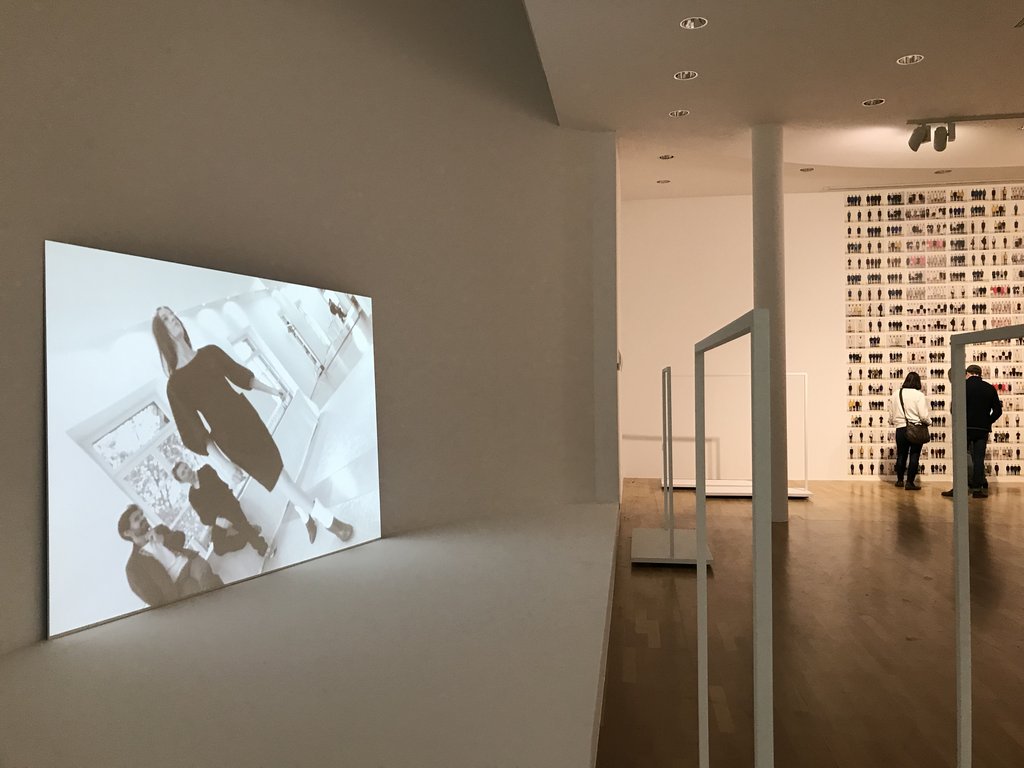 “A fashion show is the magical realm of first impressions. Fashion comes into being because it is presented as such. ” 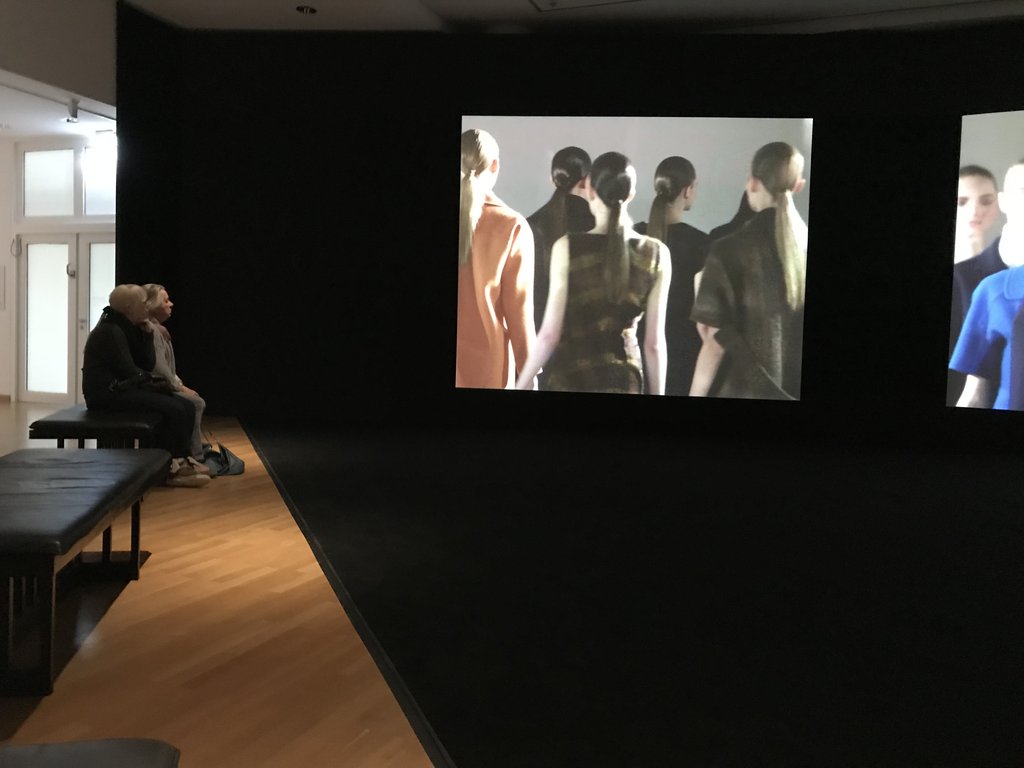 Jil Sander set a new standard in the fashion world when she opened her flag ship store in the Avenue Montaigne Nr. 50 in Paris. The use of lighting that spills diffusely from behind tapered “flying walls” is a part of her architectural work that also included garden art. 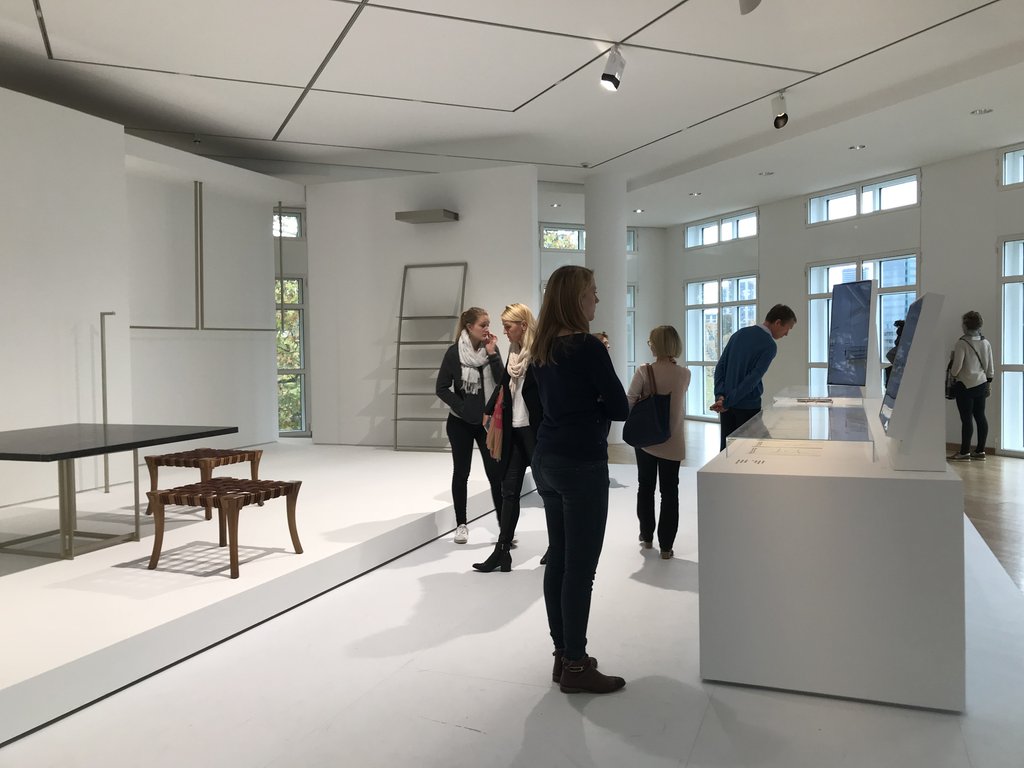 “One needs to be sensitive to architectural conditions and resist the temptation tp filly any spatial void.”

The German designer has also engaged with contemporary art. She used motives of the Italian artist Alighiero Boetti for her spring summer collection 2014. 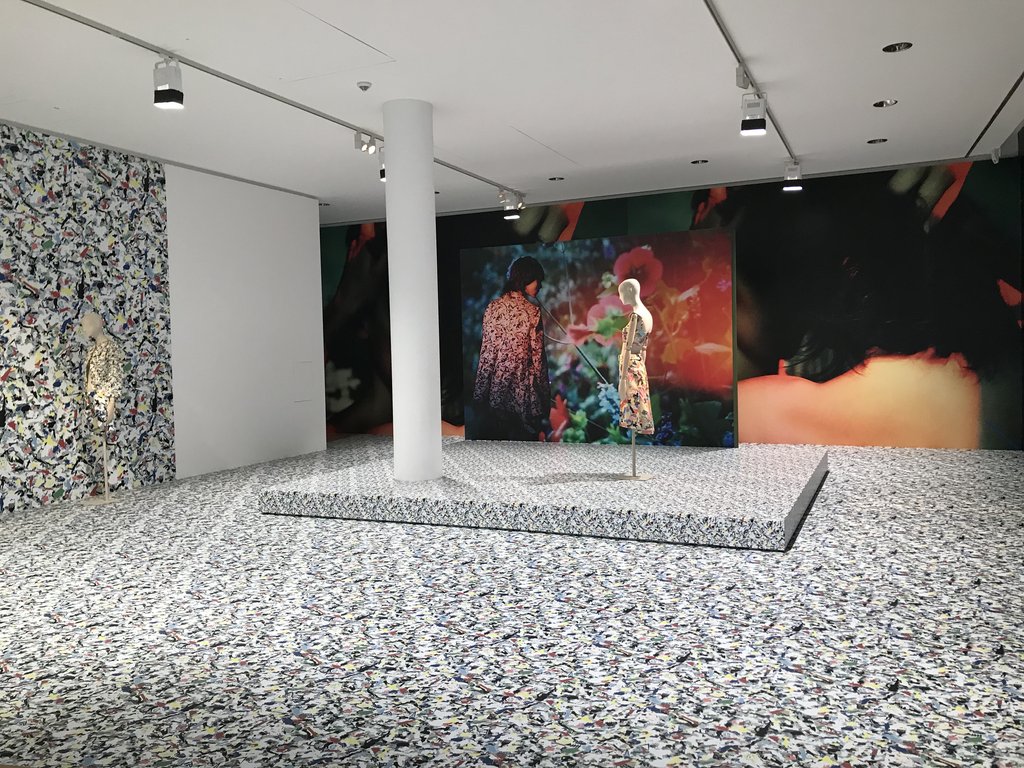 “With photographers such as Irving Penn, Peter Lindbergh, Nick Knight…, Jil Sander sweeps aside customary preconceptions about men and women, until only the vivid intensity of an ever-searching, contemporary individual remains.”

The style of the museum building by architect Richard Meier was one of the reasons for Jil Sander to show her exhibition in the Museum Applied Art, according to director Matthias Wagner K. 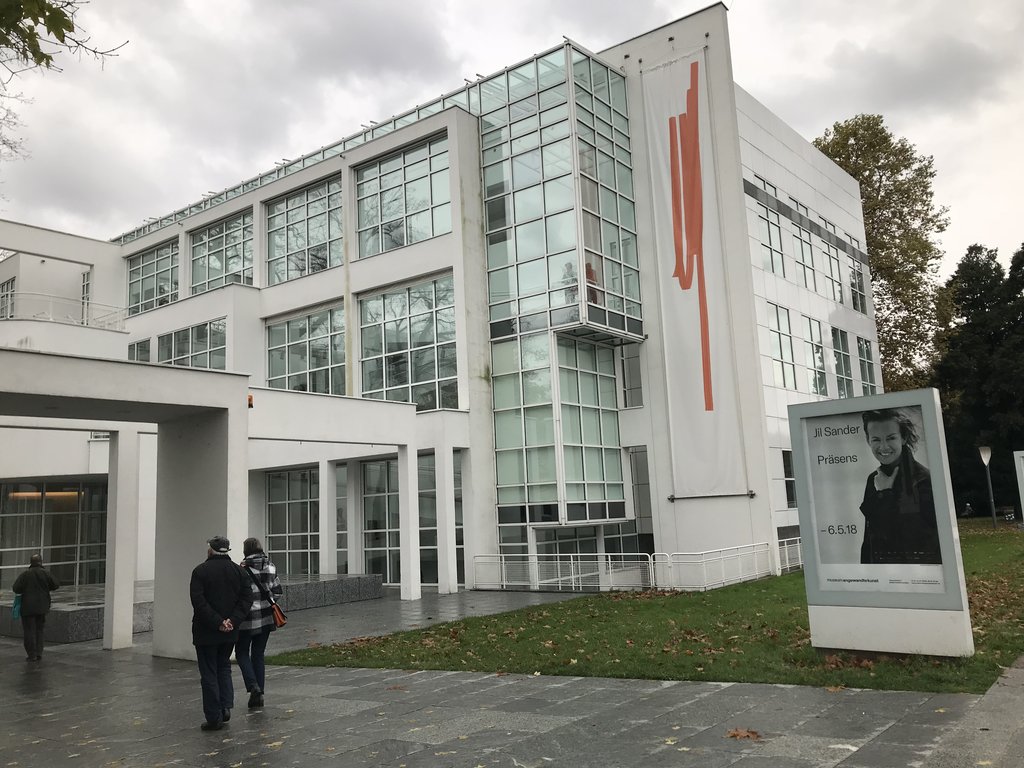