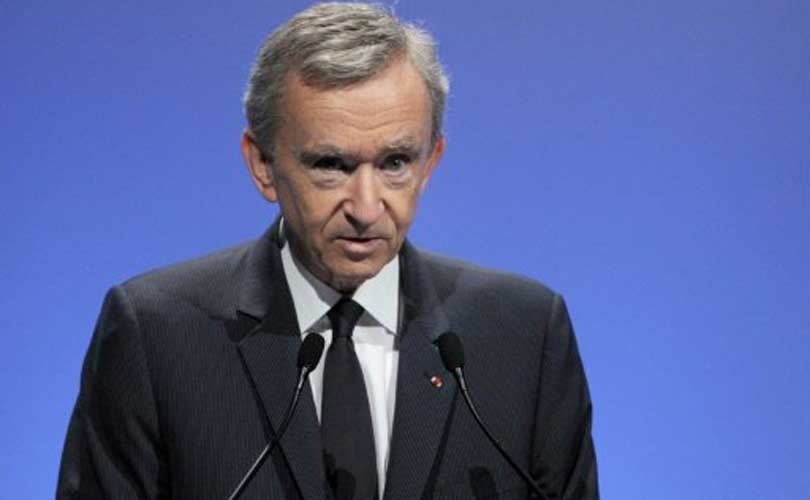 France's richest man, LVMH boss Bernard Arnault, broke his silence Thursday on a hit documentary in which the little guys take him on -- and end up laughing all the way to the bank. "For 20 years we have been the object of criticism by groups from the extreme left. We are used to this kind of criticism," Arnault told a shareholders meeting of the world's biggest luxury goods company.

"Merci Patron!" (Thanks boss!), a film about an unemployed middle-aged couple in one of France's poorest towns who get their own back on their former boss has been playing to packed cinemas. Its theme song has also become a rallying cry for people protesting against French labour reforms.

In the film, former textile workers Jocelyne and Serge Klur not only take on Arnault for "ruining their lives" by moving their jobs to Poland -- they also make him pay. Asked by a shareholder Thursday to gives his opinion on the film, Arnault said he had yet to see it.

But he said that "LVMH is... the worst incarnation, according to these extreme-leftist observers, of what the market economy produces". Switching to irony, he added: "We have it all wrong. First of all we are a big company in the CAC 40 (stock market index), we have strong results and we're making things worse for ourselves by hiring people. When I took over at the company we (had) 20,000 (employees) and now we are 120,000." Arnault said.

In a case of life imitating art, LVMH's annual shareholders meeting (AGM) also features in the film when the jobless couple warn that it will be disrupted by a "crack squad" of trade union militants if Arnault didn't pay off their debts and give Serge Klur a minimum wage job in a supermarket.

The film's director Francois Ruffin attempted to disrupt the AGM in 2014 to bring attention to the couple's plight when there were on the point of losing their home. Shareholders complained to Arnault at last year's meeting of the heavy police presence at the meeting, with riot police searching them at the entrance.

Protestors who have taken to the streets against reforms of France's labour laws have taken up the film's title as a slogan on marches, and sung its "Merci Patron!" theme song -- a 1970s comic skit urging bosses and workers to swap places. Until Thursday the billionaire himself had remained tightlipped about the affair, with nobody at LVMH -- which owns such fabled brands as Dior, Givenchy and Louis Vuitton -- willing to comment to AFP.

Arnault sparked the wrath of the French left in 2012 when he applied for Belgian nationality after the government proposed higher taxes on the rich, prompting the Liberation newspaper to run the front page headline, "Clear off, rich loser!"

Like its protagonists, the film faced an against-the-odds battle to get made, losing half of its tiny budget when state funding was withdrawn "without explanation" at the last minute. Journalists working at France's highest selling national newspaper, Le Parisien -- which is owned by Arnault -- claimed they were banned from writing about it.

Some 230,000 people have seen the film, which cost 40,000 euros (45,000 US dollars) to make, since it hit cinemas in February. French culture magazine Telerama said this put it on course to become the most profitable French film of the year. Some cinema goers felt that Arnault did not actually come over too badly in the film.

"Arnault is the bad guy of course -- and the sting is at his expense -- but he doesn't come out of it all bad. He clearly has some kind of a conscience," said John Baxter, an American who saw the film in Paris. "Most American business leaders would not give these people the time of day." (AFP)