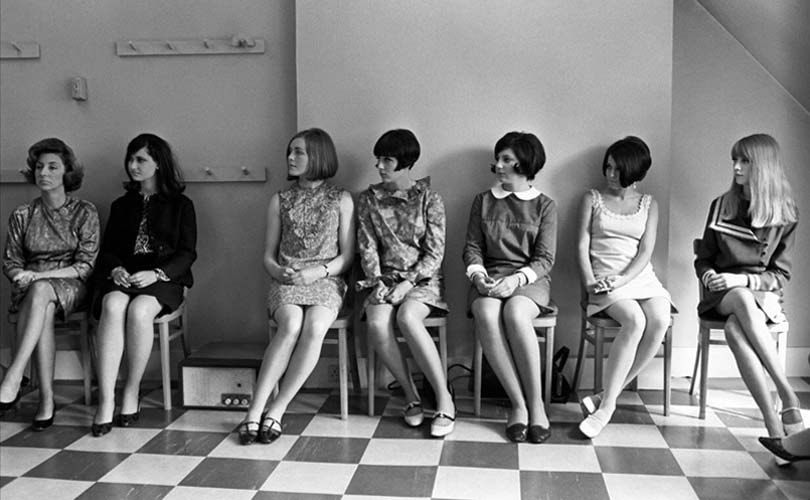 Mary Quant: queen of the mini-skirt

Mary Quant, the subject of a major retrospective opening at London's Victoria & Albert Museum this week, was the fashion queen of Britain's Swinging Sixties.

The 85-year-old has gone down in history for popularising the mini-skirt and for making women's clothes fun and affordable.

Whether she actually invented the iconic fashion item has been the subject of a long and bitter dispute with late French designer Andre Courreges, among others.

But her role in turning thigh-skimming super-short hemlines into an international trend has not been disputed.

Known almost as much for her iconic bob hairstyle as for her designs, the petite Quant also created hot pants, the skinny rib sweater and waterproof mascara.

Her personality and style made her "probably the most famous fashion designer that has come out of this country," according to V&A fashion curator Jenny Lister.

"She was in the right place at the right time and that was part of her success."

Born on February 11, 1934, in London, Quant studied at the capital's Goldsmiths college of art where she met her future husband and business partner, Alexander Plunket Greene.

Together, they opened their first boutique, Bazaar, in 1955 in the Chelsea district, which would become the beating heart of Swinging London.

Bazaar sold clothes and accessories, and its basement restaurant became a meeting point for young people and artists. The whole Chelsea district was soon attracting celebrities such as Brigitte Bardot, Audrey Hepburn, the Beatles and the Rolling Stones.

Telling The Guardian in 1967 that "Good taste is death, vulgarity is life," Quant raised the hemline well above the knee, creating short dresses and skirts with simple shapes and strong colours that she described as "arrogant, aggressive and sexy".

She explored geometric designs, polka dots and contrasting colours, and played with new fabrics, including PVC and stretch fabrics, to achieve a modern and playful look.

Her models were showcased in extravagant and provocative window displays overlooking the King's Road, which became a mini-skirt catwalk and drew American photographers keen to document Swinging London.

"City gents in bowler hats beat on our shop window with their umbrellas shouting 'immoral!' and 'disgusting!' at the sight of our mini-skirts over the tights, but customers poured in to buy," she recalled in her 1966 book "Quant by Quant".

The designer is also widely quoted as saying that "it was the girls on the King's Road who invented the mini... I wore them very short and the customers would say, 'shorter, shorter'."

Reaching the US, Japan

The era's most high-profile model, Twiggy, popularised the mini-skirt abroad, and with business booming, Quant opened a second shop in London in 1957.

She entered the American market in the early 1960s, collaborating with department store JC Penney. She also created the cheaper Ginger Group line and launched into cosmetics, all her designs featuring a trademark daisy.

Quant was "jolting England out a conventional attitude towards clothes," the Sunday Times said in choosing her for its 1963 International Fashion Award. She turned her sights on the Japanese market in the 1970s, visiting the country several times to open stores.

She sold her make-up company to a Japanese group in 2000, staying on as consultant.

Quant also scandalised British society with her frank views on sex, making headlines when she famously said she had shaved her pubic hair into the shape of a heart and dyed it green.

She "would make very provocative statements about sexuality and her private life as well, which perhaps went along with her clothes, which were seen as quite outrageous at the time," the V&A's Lister said.

Although her heyday was in the 1960s and 1970s, Quant's legacy can still be seen on the high-street today.

In recognition of her pioneering work, Quant was made a dame by Queen Elizabeth II in 2015.(AFP)