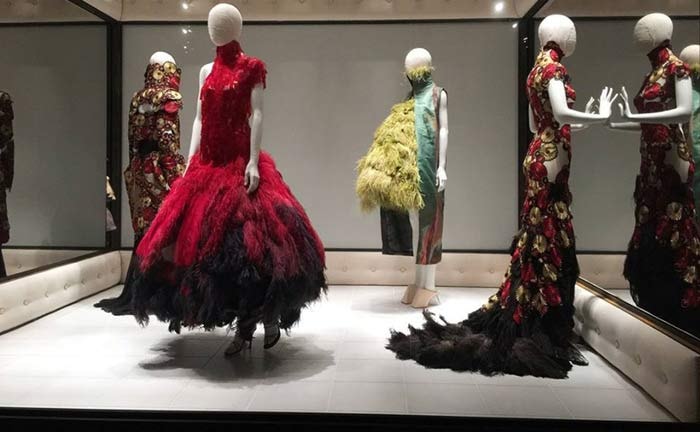 A soon to be released film will document the relationship between fashion designer Alexander McQueen and the eccentric stylist Isabella Blow. Titled The Ripper, named after the designer's debut collection, the film is currently in production at Maven Studio.

The story charts the designer's rise to fame, from the discovery by Blow, who famously bought his graduation collection for 5,000 pounds. The drama will centre on the highs and lows of their association and will offer insight into one of fashion's most fascinating and gifted pairs.

In the 90s, Tatler's Fashion director Blow first met McQueen when he was completing his Masters at London's Central Saint Martins College of the Arts. It has been well documented that this was the start of their personal and professional relationship, which was both endearing and turbulent. Blow was renowned for discovering major Brit talent such as models Sophie Dahl and Stella Tennant, and milliner Philip Treacy, Blow tirelessly championed her 'chosen' few until they were household names.

McQueen proved to be worthy of Blow's backing, ultimately winning four British Designer of the Year awards plus the presitigious CFDA International Designer of the Year award. When McQueen sold his company to Gucci, Blow was left by the wayside, according to close friend Daphne Guinness: “She was upset that Alexander McQueen didn't take her along when he sold his brand to Gucci. Once the deals started happening, she fell by the wayside. Everybody else got contracts, and she got a free dress,” Guinness told Cathy Horyn in 2007.

Both McQueen and Blow's lives ended tragically and prematurely by suicide, in 2010 and 2007 respectively.