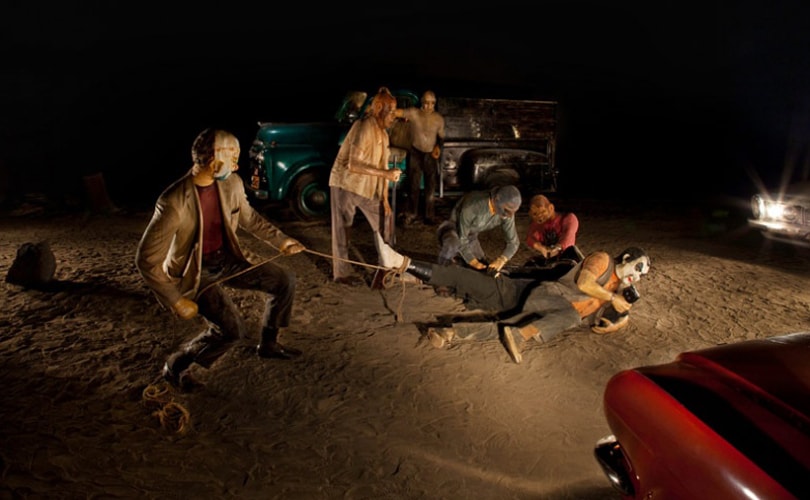 London- Fondazione Prada is to exhibit the controversial work “Kienholz: Five Car Stud,” a violent display of racial persecution. After having been hidden from the public in over 40 years, the exhibition will debut in May at Prada’s Milanese cultural hub. The exhibition brings together a selection of artworks by Edward Kienholz and Nancy Reddin Kienholz, including the well-known installation that gives the show its title.

Five Car Stud was created by Edward Kienholz from 1969 to 1972, and first exhibited at Documenta 5 in Kassel. A life-sized reproduction of a scene of racial violence, Five Car Stud is considered one of the American artist’s most significant works. Despite the controversy and attention that it earned from critics right from its debut, the piece remained hidden from view in the storage of a Japanese collector.

The exhibition launches end of May and runs until December 31.