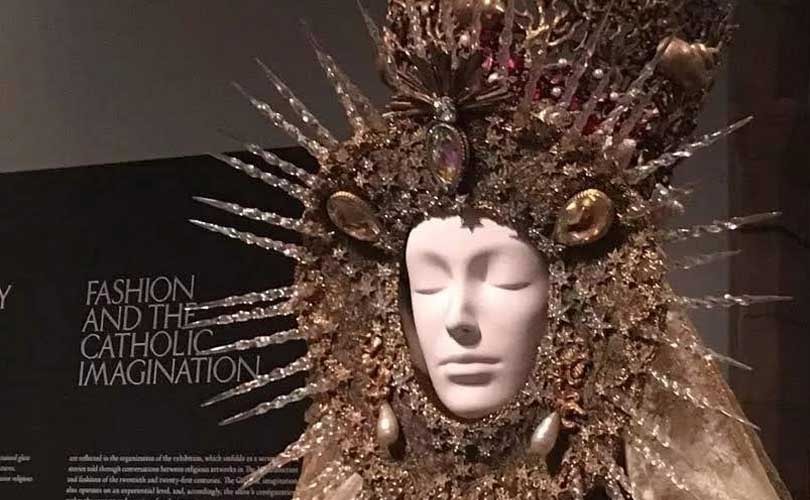 Think embroidered papal mantles inspiring a John Galliano masterpiece for Dior, Joan of Arc armor refashioned as sexualized corsetry by Jean Paul Gaultier or the monk habit re-styled as eveningwear by Valentino. There are plenty of tiaras, but few tantrums at New York's hottest museum ticket this spring, "Heavenly Bodies: Fashion and the Catholic imagination" which is after all, causing little backlash from religious conservatives.

Opening on Thursday, it is the Metropolitan Museum of Art's largest exhibition, exploring how legendary couture houses have been inspired by church imagery, clerical dress and belief during the 20th and 21st centuries.

But if some worried it might ruffle feathers, even in ultra-liberal New York where Catholics are the dominant faith group, the Vatican has given its stamp of approval, lending 40 ecclesiastical objects from the Sistine Chapel sacristy. 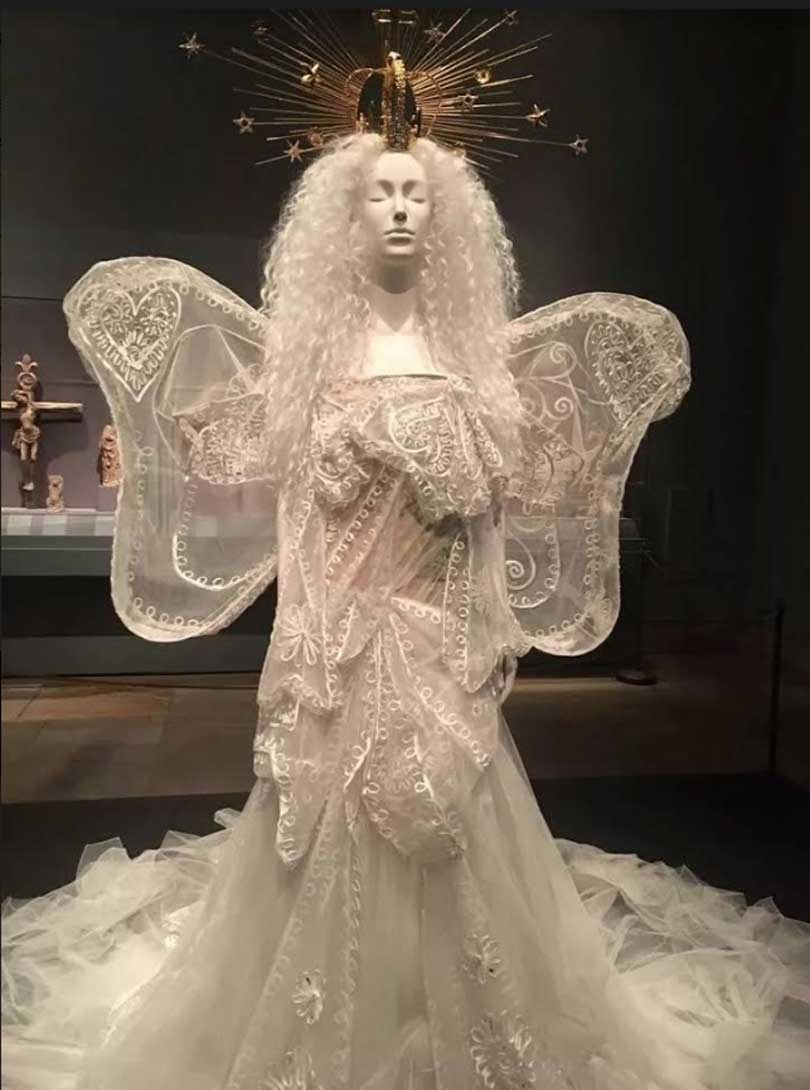 Cardinal Timothy Dolan, the archbishop of New York, himself attended the Met Gala "Oscars of the East" to inaugurate the exhibition, mingling with celebrities flashing their flesh in outre outfits to a "Sunday Best" theme.

"You may be asking 'What's the church doing here?" he told the press event. "It's because the Church and the Catholic imagination, the theme of this exhibit, are all about three things: truth, goodness and beauty."

The exhibition spans 25 galleries at the museum's Beaux-Arts Fifth Avenue headquarters and Cloisters outpost, perched atop a northern Manhattan hill, and will be open through October 8. "It's based on the concept and experience of the pilgrimage," says Andrew Bolton, curator in charge at the Met's Costume Institute. "In a way, it's a dialogue between art and fashion," he told AFP.

The gowns are displayed in the museum's Byzantine and Medieval galleries, and the monastic environs of the Cloisters, rooting the frocks in their cultural reference points and emphasizing the mantra that fashion is, after all, art.

"Many of the designers are no longer practicing, but never less the idea of Catholicism has had a big impact on their imagination," Bolton told AFP. "Sometimes it's provocation, sometimes it's adulation, other times it's just nostalgia for a time in their childhood."

There are the virginal, contemplative wedding dresses by Chanel, Balenciaga and Dior, beaded, crucifix-studded jackets by Gianni Versace mimicking mosaics, angel-wing flamboyance from Alexander McQueen and an Yves Saint Laurent silk brocade ensemble made to clothe a statue of the Virgin in a Paris church.

Yet it is the objects from the Vatican that dazzle -- hand-embroidered mantles that look every bit couture and papal mitres studded in jewels so bling that they would be beloved by a fashion-obsessed celebrity today.

For example, the tiara given by Queen Isabella II of Spain to Pius IV in the 19th century -- cloth of silver embroidered with gold metal thread, is studded with 19,000 precious stones, most of them diamonds. It took years and multiple trips to Rome to negotiate the loan, according to The New York Times. Many have never before left the Vatican and belong to more than 15 papacies -- the earliest a mantel worn by Benedict XIV, pope from 1740-58, and the latest a pair of red shoes worn by John Paul II.

They are also housed separately from the frocks, confined to the Anna Wintour Costume Center, named after the Vogue legend who has turned the Met Gala into the hottest party of the year and raised millions for the Institute. "Although some might regard fashion as a frivolous pursuit far removed from the sanctity of religion, most of the vestments worn by the secular clergy and religious orders... have their origins in secular dress," Bolton has written.

Still it's worth noting that the grandeur on display could not be further removed from the simplicity and austerity projected by current Pope Francis."This is not a procedure where the pope gets involved, or has to give his OK," The New York Times quoted Vatican spokesman Greg Burke as saying. (AFP)