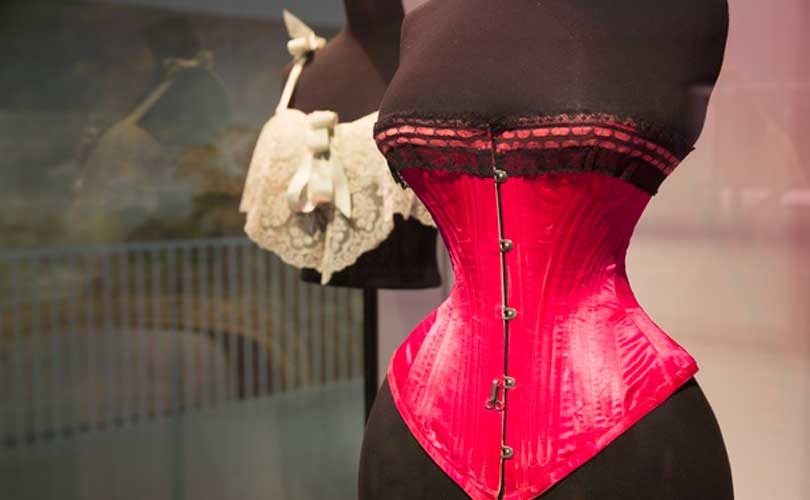 Lingerie is the main focus of the Victoria and Albert Museum’s latest fashion exhibition, with the London museum displaying the largest exhibition of underwear ever to go on display with more than 200 pieces being showcased.

‘Undressed: A Brief History of Underwear’ explores the history of underwear design from the 18th century to present day, with the museum acquiring more than 60 individual pieces of underwear for its permanent collection to put on the exhibition.

Opening on April 16, the exhibition showcases more than 200 examples of underwear for men and women, highlighting the themes of innovation and luxury, from the custom-made, such as a rare example of home-made ‘stays’ worn by a working woman in England in the 18th century to pieces by designers including Stella McCartney, La Perla, Rigby and Peller and Paul Smith.

The exhibition also aims to explore issues of gender, morality, sex and body image, with fashion plates, photographs and film, advertisements and packaging being showcased alongside the fashion pieces to highlight changing concepts of the ideal body, as well as how society's attitude to underwear has changed through the ages.

Highlights includes a corset from the 1890s with a waist under 19 inches, Acne Studios’ unisex briefs, a Jaeger corset from 1895 made from breathable wool, a sheer Liza Bruce-dress worn by Kate Moss in 1993, an opaque Mary Quant-body, a wearable brass bra made by jeweller Helen Newman in 1970 and flesh-coloured leggings decorated with a mirrored glass fig leaf designed in 1989 by Vivienne Westwood. 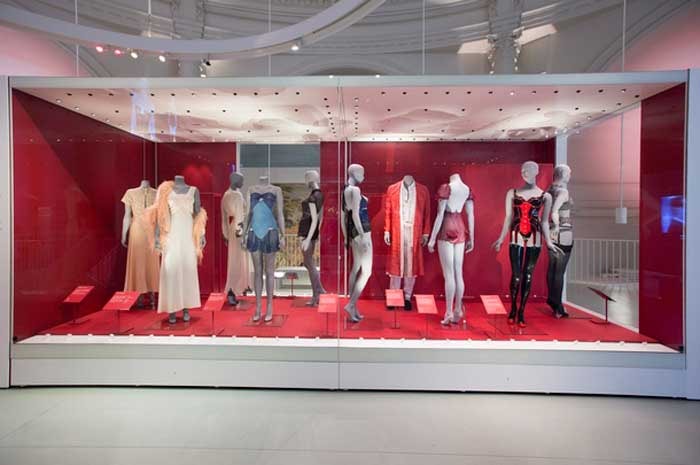 In addition, there are also a number of pieces on loan, including a Swarovski crystal embellished corset designed for Dita von Teese by couture corset maker Mr Pearl.

The exhibition also demonstrates how underclothes and nightclothes have morphed into loungewear, for instance how dressing gowns were transformed into informal garments for home entertaining such as tea and hostess gowns. Pieces that illustrate the desire for comfort at home and a blurring of the line between underwear and outerwear, public and private, includes a 1930s jumpsuit by the London fashion house Baroque and embroidered lounge pyjamas from the 1920s, as well as a woman’s pink Juicy Couture tracksuit from 2004 and a man’s T-shirt and trouser set by Sibling from 2013.

“One of underwear’s primary roles is to support, firm and shape the body to create the ideal body shape and substructure for the latest fashions,” states the museum. “The exhibition explores dress reformers and designers such as Paul Poiret, who argued for the beauty of the natural body, as well as entrepreneurs, inventors and innovators who have played a critical role in the development of increasingly more effective and comfortable underwear.”