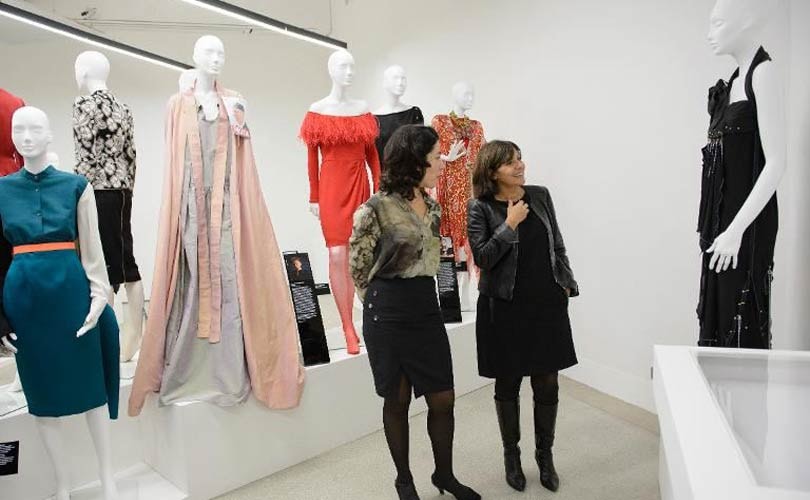 Jettisoning the corset, donning a designer gown, wearing a punk wedding dress or even trainers -- the various ways women take control of their lives through fashion are the subject of a new exhibition which opened in London on Wednesday.

"Women Fashion Power" at the Design Museum traces key moments in the development of women's clothing since 1850, culminating in a collection of modern outfits contributed by some of the most influential women of the 21st century.

The exhibition comprises items from underwear to red carpet gowns, interspersed with photographs, memorabilia and a pair of Reebok Freestyle Hi Tops trainers, revealing how women adopt fashion trends to create a style that suits their lives.

"It's about clothes and how women can use them to empower themselves to intimidate people and to make themselves feel sexy," said co-curator Colin McDowell. Paris Mayor Anne Hidalgo opened the exhibition as one of 26 powerful women from around the world who contributed an outfit -- in her case, slim-fitting black trousers, a black jacket, a silk blouse and a wool scarf.

"The clothes you wear, particularly as a woman in politics, are inevitably the first statement you make to people who come to meet you, before they even hear you speak," she told AFP. Wearing a black dress and black leather jacket, Hidalgo said she dresses primarily "for comfort, something in which I feel good."

A Prada cape worn by architect Zaha Hadid -- who designed the exhibition -- a red Dior crocodile jacket worn by Hong-Kong-born gallery owner Pearl Lam and an Akris Dove evening dress from Princess Charlene of Monaco are also on display.

Going back 150 years, the exhibition traces how women's outfits have evolved from the constraints of the corset through to flapper dresses, mini-skirts, female tuxedos, power-dresses, sportswear, grunge and eco fashion.

The exhibition includes the blue Mansfield skirt suit worn by former British prime minister Margaret Thatcher when she was elected leader of the Conservative Party in 1975. The black Jacques Azagury dress worn by Diana, Princess of Wales on her 36th birthday also features, as does a striking Zandra Rhodes-designed wedding dress from 1977.