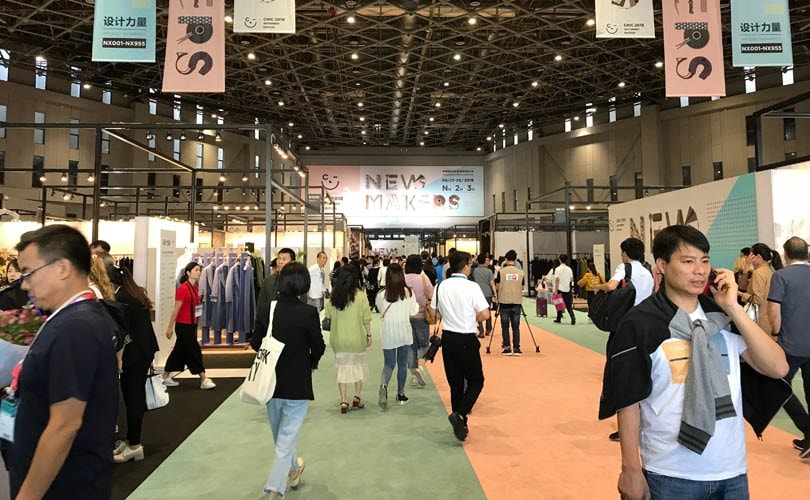 The Chinese market is getting emancipated, making the domestic market more interesting for the Chinese apparel industry. Chic Shanghai, which took place from 27 to 29 September, reflected this clearly. With 719 exhibitors and 825 brands, the number of exhibitors is growing continuously, yet foreign brands from Europe or the US are proving hard to find. In the future, China will need to serve the huge domestic market with its own brands. "China is the largest market in the world and the growth potential is immense," says Dapeng Chen, vice president of the China National Garment Association and organiser of the fair. "The demand for fashion is huge in China and the market is far from being saturated."

For Chen, it is only logical that more and more Chinese companies develop their own brands for the domestic market in addition to classic contract manufacturing for international brands. "There used to be almost only the young target group that domestic brands catered to. Meanwhile, the market has evolved continuously and we have more and more different target groups that we can serve." Chen thinks it unlikely that Chinese companies will produce for international markets any time soon. "We have enough to do here for the time being." 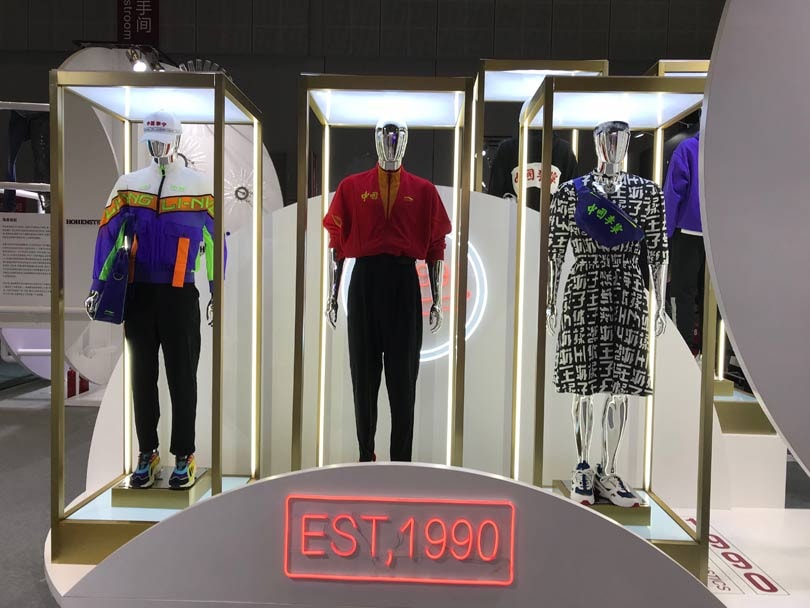 Chinese consumers have changed and want to see less cheap, mass-produced goods and more handcrafted goods that display quality and individuality. The time of big prestige logos is over as design moves into the foreground. On top of this, the interest in Chinese brands that reflect one’s own identity has grown.

Take Li Ning for example: China's biggest sports brand has been trying - so far unsuccessfully - to catch up to competitors Nike and Adidas for a long time. However, the current hype around the brand shows that they could be making progress. At New York Fashion Week this year, for the first time, Li Ning showed a confident Chinese collection and sales went through the roof. Vogue called Li Ning "the Chinese sportswear brand you should know". Founder Li Ning personally presented the new collection with a fashion show at Chic Shanghai. With more fashion, a standalone Chinese design and increased sustainability, he’s working hard to promote his company, both internationally and - above all - in China, where the brand operates more than 6,000 stores.

China’s industry counts on quality rather than quantity

In any case, China has left behind the mere mass market. Labour costs have increased so much in recent years that classic mass production is no longer profitable. "The Chinese fashion industry is undergoing an important transformation. In the future, we will focus less on mass production, and quality and innovation will become more important." Overall, it can already be observed that while production volumes decline, the value of the goods is rising. "Design and innovation should be the drivers of future growth," sums up Chen. New technologies and increased sustainability in China's garment manufacturing industry are set to make the country a high-tech destination for the garment industry.

New technologies are being implemented to accelerate this transformation process. The Chinese government has set itself the goal of reforming the entire industry by 2025, in order to become a world leader in the field of digitisation. This also applies to the garment industry, which it supports, from the development of new digital processes to new smart factories. "Other countries are also working on these new processes, but here in China, the pressure is particularly high," explains Chen. It is clear that the efficiency of companies must increase in order to prevent more and more Chinese manufacturing companies from migrating to cheaper locations abroad. Though automation is still in its infancy here, there are currently more pressing projects. 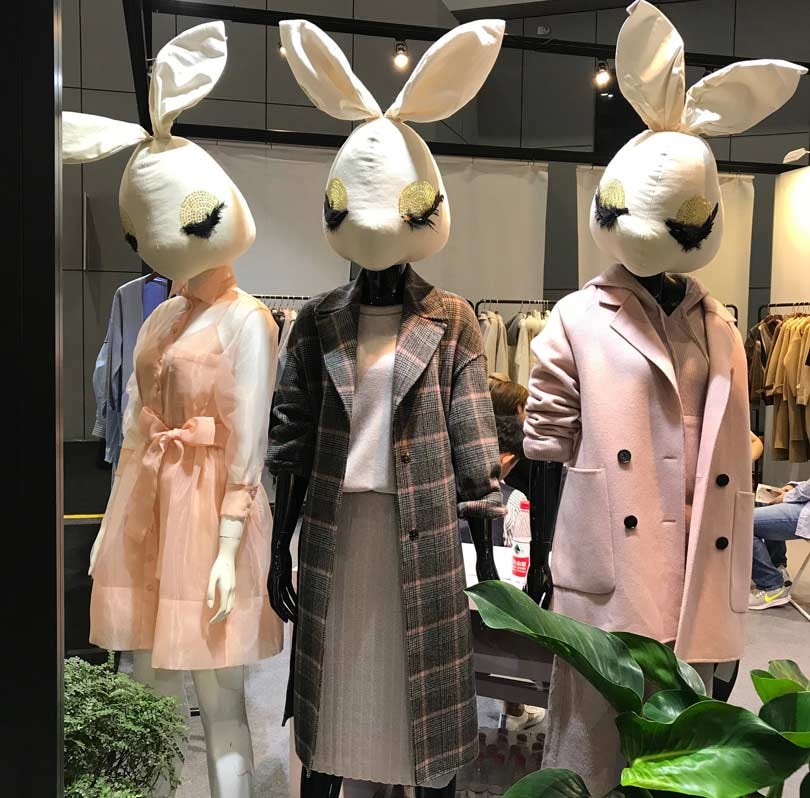 At the fair, the first companies are showcasing their products that are working on a smart supply chain or customising solutions. For example, 3D scanners can measure consumers from head to toe, enabling them to try on clothes with a personalised avatar, modifying their designs and commission production. About 100 of these scanners have been set up and tested for a year in brick and mortar stores that can use the technology for free. "Most people do not know this technique yet; it takes a while for it to become established in the market," says Yuan Rong of Shanghai University of Engineering Science. The university has developed the technology, while production has been taken over by Chinese garment factory, Orient International Holding. With the joint project, they aim to bring manufacturers and consumers together and give suppliers and brands the opportunity to offer their own customisable products.

Soon to be a reality: smart factories

Examples of smart production is also presented for the first time at the fair. iFashion Cloud Technology, for instance, was founded as the IT offshoot of a traditional garment factory and experimented with digitally controlled production. "We found a solution of how to automate customisation and thus implement it cost-effectively," explains the company’s IT manager Vincent Poon. This is possible because the division of individual steps in ready-made garment production has been computerised. Small sewing packages independently approach the right seamstress whose sewing machine indicates on a screen which sewing work is to be done. "Now, a seamstress does not repeat just one single step but always makes new ones," says Poon.

In addition, further automatic processing of individual products is in the works. "The automatic production of classic cotton shirts and pants is already possible," says Dapeng Chen of Chic Shanghai. Here, robots are already being used. "Just touching and moving lightweight fabrics is something robots cannot do yet. There is no solution for that in sight yet."

This article was originally published on FashionUnited DE; translated by Simone Preuss.