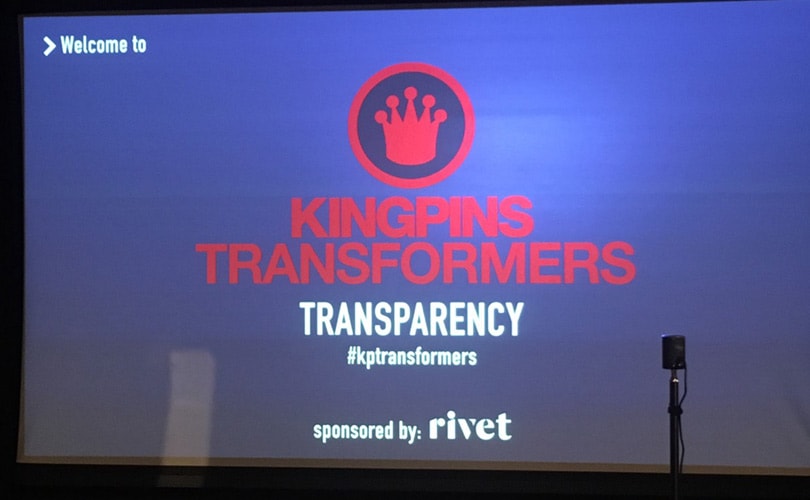 Kingpins arrives this week in NYC for its first denim trade show outside of Amsterdam but, as founder and CEO Andrew Olah reminds us, denim was adopted by the US a century ago so it’s fitting that it finally comes stateside. Sponsored by Rivet magazine, the opening summit’s focus this year, is “Transparency” and features a panel of transformers committed to change-making innovations, and eager to reveal all. Rest assured, the future looks decidedly indigo.

Buxton Midyette, VP of Marketing and Promotions at Supima, explains that brands now send teams from design and production to visit the farms which grow their specialty extra long staple fiber because the value of sharing the experience on Instagram Stories has become a vital part of a brand’s marketing efforts. Supima’s cotton is grown in the US and sold at a premium, and this interaction allows consumers to understand what happens on the farm and justify the price. 10 years ago, he says his farm visit invites went begging. 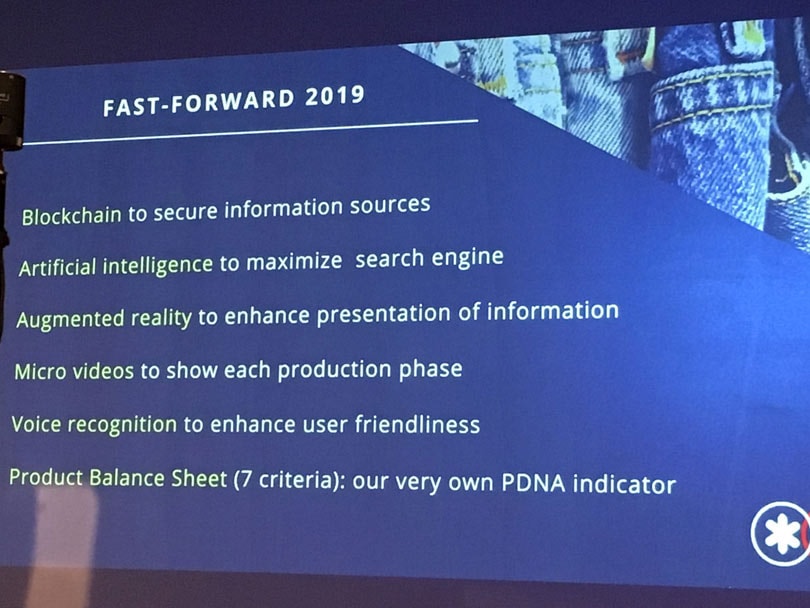 Ben Tomkins, Business Development Manager of Oritain, uses forensic science associated with homicide and ballistics investigations to trace a fiber back to its farm of origin and points in-between, thereby mitigating the risk of mislabelling or cheating of the supply chain or consumer. The process can also detect blending of fibers, whether it was farmed organically, if a towel was treated with hazardous chemicals, whether a cotton originated in Uzbekistan––a no-no for many brands due to the nation’s state-sanctioned slavery. The service costs 500 dollars per test, and requires a 15-day turnaround, although a code-red 5-day option is available. Oritain works with individual companies, and organizations, and is in talks with fashion’s larger conglomerates.

If you want a waterproof or other performance function to your denim, says Frank Michel, Executive Director of ZDHC (Zero Discharge of Hazardous Chemistry) Foundation, then you need chemicals. But, just as there has been increased scrutiny of chemicals in the food and cosmetics industries, his organization’s aim is to eliminate harsh chemicals in clothing. Eventually we will be able to scan a barcode to enquire about the chemical make-up of our garments. 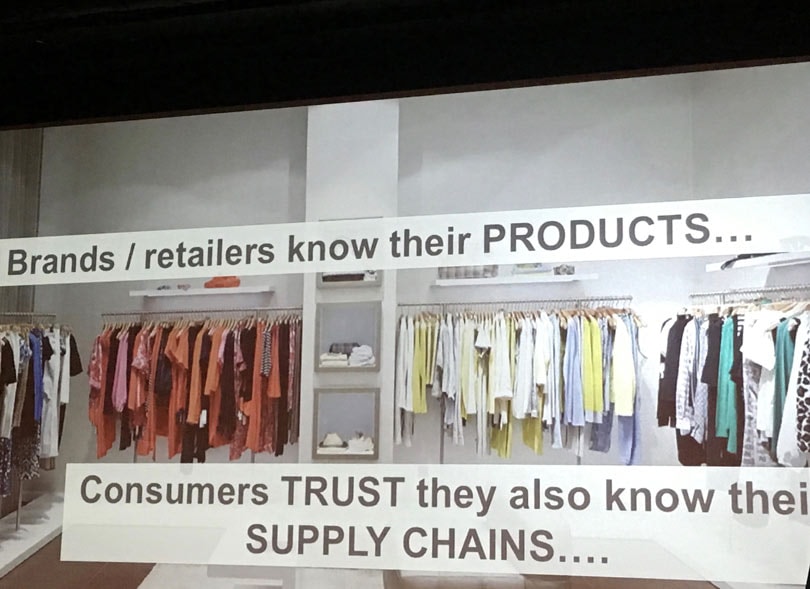 Jason Kibbey, CEO of The Sustainability Apparel Coalition, has developed a system called The Higg Index which measures every step of a brand’s supply chain and currently contains 100s of 1000s of assessments. His company is undertaking testing on how to synthesize this immensity of data into something easily accessible and with the immediacy of a purchase transaction––no small feat.

Robin Cornelius of Product DNA, “architects of traceability since 2005,” says the end consumer has been cheated of information about what they are buying for too long, but his company sets out to change this with respect-code.org, a project which affixes a simple code to every garment which a consumer can scan to link him to a full supply chain map, certificates of authenticity, even 10-second videos and a Siri-like AI response to any question regarding the garment’s production. The consumer is in charge for the first time. 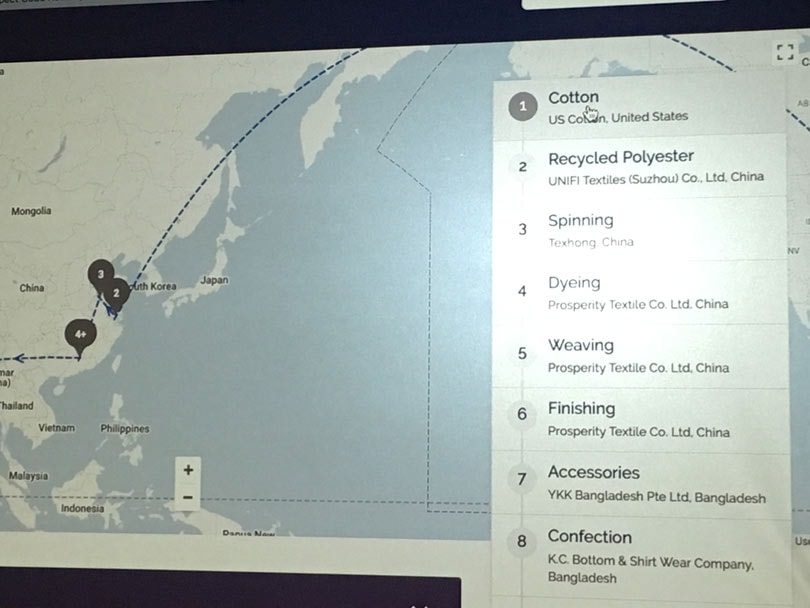 Chris Fennig, Managing Director of MyFarms, helps brands like Wrangler tie their product to the land because the supply chain begins, not at harvest, but underneath the surface of the soil. A 4th-generation corn-farming Oregonian, he explains that soil erosion in great swaths of the US makes traditional tilling methods unsustainable and changes are already being implemented. Farmers generally don’t respond to impersonal macro trends, but to peer comparisons at field level, in other words: “why is my neighbor losing less soil than me?”

Sustainable, but is it organic?

Midyette, who says Supima does grow organic cotton wishes “there was as much demand in organic as there is interest,” while Fennig adds, “it is just less scalable and leaves behind 50 years of technology.”

Control freaks are of the past.

“Convergence,” “exchange of data," “interoperational,” are words that are freely used by the panel. An island mentality stalls progress, and Alberto Candiani, co-owner and global manager of Italian denim maker Candiani, takes transparency to the next level by revealing that his 100 million-euro company sells 1yd of denim for 6 dollars so a pair of jeans requires 1.5 yds to which he adds a 5% gross margin, then invests all the profit back into his company for research and development, leaving it practically a non-profit organization. “Transparency is the only remedy to greenwashing,” he says, and although this idea of disclosure goes firmly against his father and grandfather’s way of running the family business, it is the way of the future. Engaging authentically with consumers, sharing your values, converts them into fans. 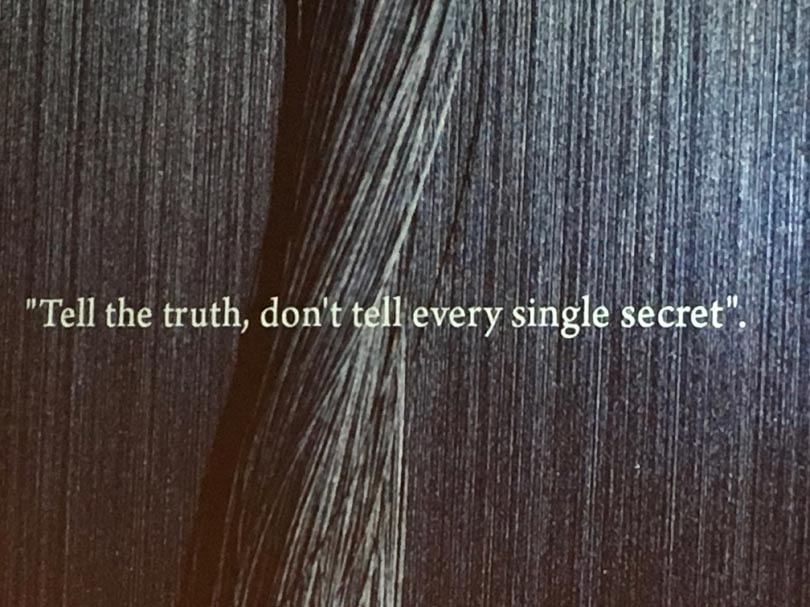 The side effects of transparency

Candiani admits he invested in military technology GPS tracking devices in an experiment to track the trajectory of some of his fabric and discovered 38% went right into the hands of his competition. He understands the risk of disclosing details about composition and that there’s a balance to be struck between exhibiting transparency without giving away trade secrets. He hosts “Open Mill Days” when visitors can see exactly “who we are, what we do, the way we usually do it with no frills, but maybe a plate of pasta at the end of it.” He concludes, “Be honest, but not 100 percent.”

Kingpins denim trade show is from June 6 to 7.